Not so Open Skies: US tells Russia no interest in rejoining pact 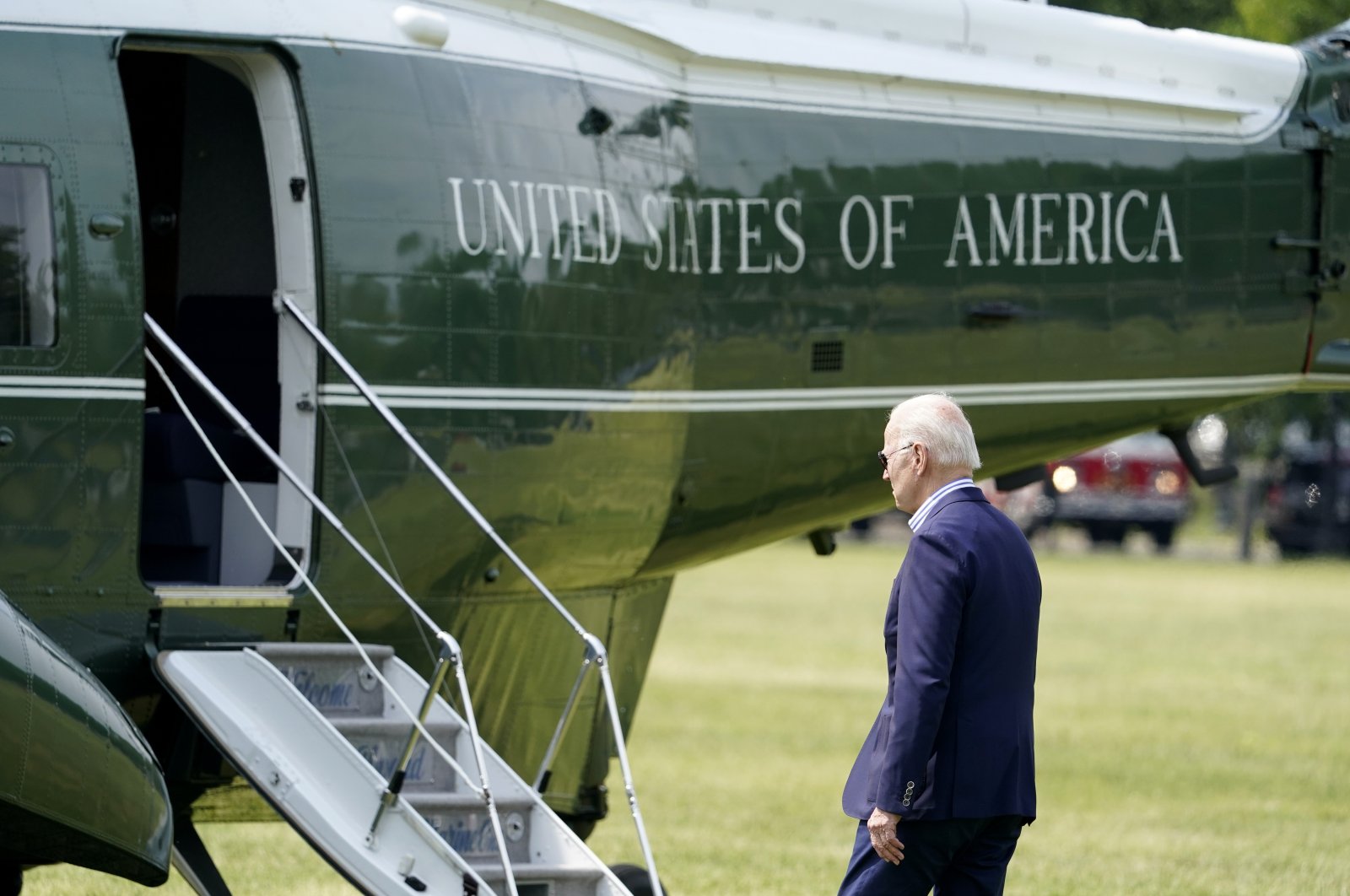 President Joe Biden walks to Marine One upon departure from the Ellipse at the White House, Washington, May 22, 2021. (AP Photo/Alex Brandon)
by ASSOCIATED PRESS May 27, 2021 8:59 pm
RECOMMENDED

Ahead of a summit next month that would be the first face-to-face meeting between U.S. President Joe Biden and Russian President Vladimir Putin since Biden took office, The White House on Thursday signaled that it will not rejoin a key arms control pact.

U.S. officials said Deputy Secretary of State Wendy Sherman told the Russians that the administration had decided not to reenter the Open Skies Treaty, which had allowed surveillance flights over military facilities in both countries but that former President Donald Trump had withdrawn from.

Thursday's decision means only one major arms control treaty between the nuclear powers — the New START treaty — remains in place. Trump had done nothing to extend New START, which would have expired earlier this year, but after taking office the Biden administration moved quickly to extend it for five years and opened a review into the Open Skies Treaty withdrawal.

The officials said the review had been completed and that Sherman had informed Russian Deputy Foreign Minister Sergei Ryabkov of the U.S. decision not to return to Open Skies on Thursday. The officials were not authorized to discuss the matter publicly and spoke on condition of anonymity.

The move comes just weeks before Biden and Putin are to meet on June 16 in Geneva, Switzerland, in a bid to try to find common ground amid a sharp deterioration in ties that have sunk relations to their lowest point in decades.

The Open Skies Treaty was intended to build trust between Russia and the West by allowing the accord’s more than three dozen signatories to conduct reconnaissance flights over each other’s territories to collect information about military forces and activities. More than 1,500 flights have been conducted under the treaty since it took effect in 2002, aimed at fostering transparency and allowing for the monitoring of arms control and other agreements.