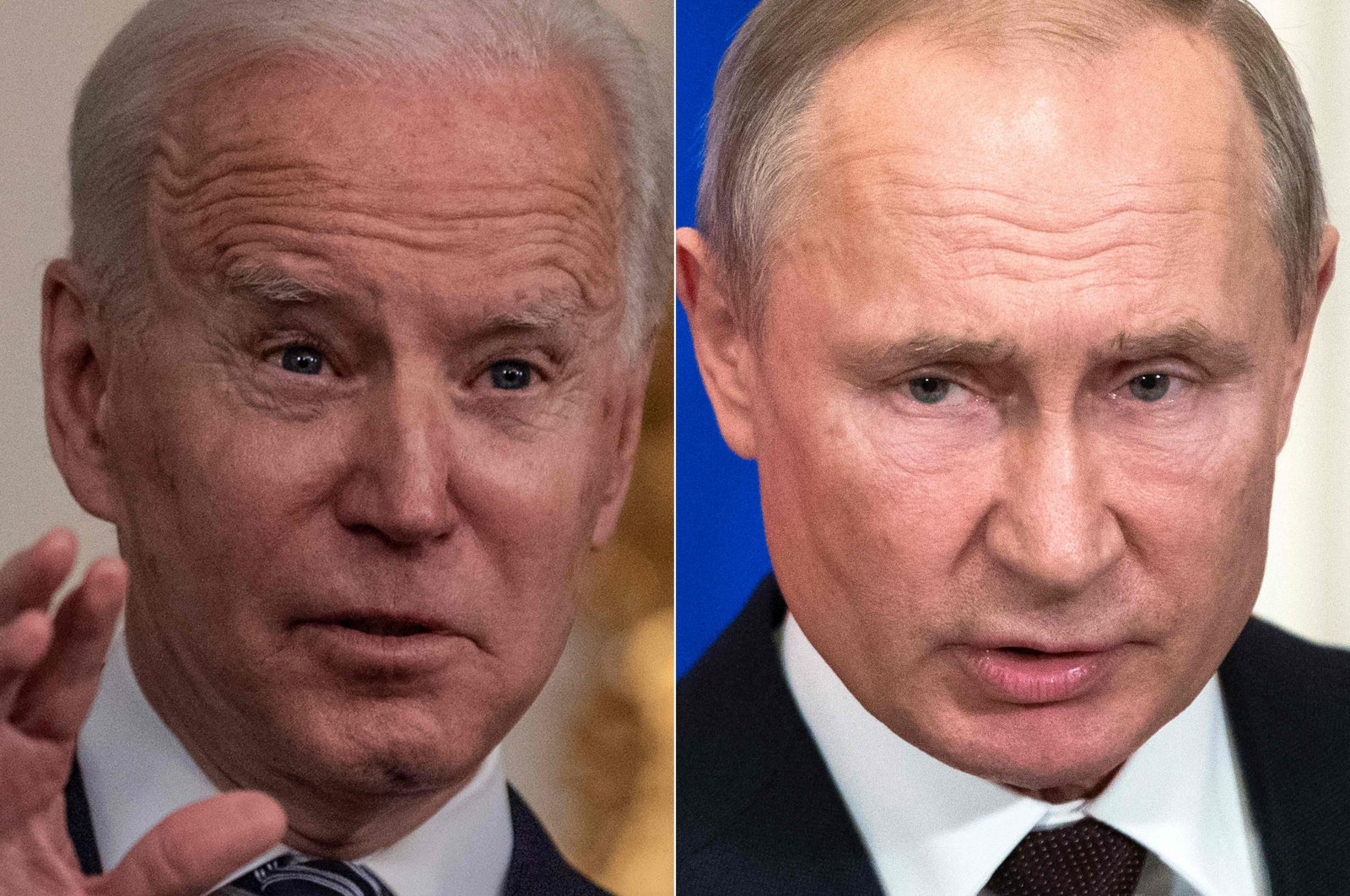 This file combination of pictures created on March 17, 2021 shows U.S. President Joe Biden (L) during remarks on the implementation of the American Rescue Plan in the State Dining room of the White House in Washington, D.C., U.S., on March 15, 2021, and Russian President Vladimir Putin as he and his Turkish counterpart hold a joint press statement following their talks at the Kremlin in Moscow, Russia, on March 5, 2020. (Photos from AFP)
by French Press Agency - AFP May 25, 2021 5:26 pm
RECOMMENDED

The United States and Russia announced Tuesday that President Joe Biden and President Vladimir Putin will hold their first summit next month in Geneva, setting the stage for a new chapter in their fraught relationship.

The meeting in the Swiss city will be on June 16, White House Press Secretary Jen Psaki said.

"The leaders will discuss the full range of pressing issues, as we seek to restore predictability and stability to the U.S.-Russia relationship," she said.

The Kremlin confirmed the summit details and said in a statement that Putin and Biden would be discussing "issues of strategic stability," as well as "resolving regional conflicts" and the COVID-19 pandemic.

Biden, making his first international trip as president, will go to Geneva immediately after separate summits with his key Western allies in the G-7, NATO and the European Union.

The face-to-face meeting with the Kremlin leader comes amid levels of tension not seen for years, with Washington now dialing back its ambitions to little more than establishing a relationship in which both sides understand each other and can work together in specific areas.

Since taking office, Biden has launched new sanctions against Moscow over what U.S. authorities say was the Russian role in the massive SolarWinds cyber attack and repeated meddling in the 2020 presidential election.

Washington has also harshly criticized Moscow for the near-death poisoning and subsequent imprisonment of one of the last open opponents to Putin, Alexei Navalny.

And when Biden told an interviewer that he agreed with the description of Putin as a "killer," the Russian government formally declared the United States to be an "unfriendly" country.

The open recriminations are a long way from the often puzzling relationship between Trump and Putin.

The Geneva summit will come almost three years after Trump famously sided with the Kremlin leader over the U.S. intelligence agencies on the question of whether Moscow interfered in the 2016 U.S. presidential election.

However, both sides are working to calm the waters ahead of the Geneva summit, with the White House emphasizing hopes for working alongside Russia on well-defined strategic issues like nuclear weapons control and the Iran nuclear negotiations.

Kremlin spokesperson Dmitry Peskov said after the Blinken-Lavrov meeting that repairing ties "will not be easy" but he saw "a positive signal."

Moscow welcomed a U.S. decision to waive sanctions that had been holding up completion of the Nord Stream 2 natural gas pipeline – a major energy supply route from Russia to Europe that U.S. officials worry will make the EU overdependent on the Russians.