Peru's Vizcarra barred from politics for 10 years over jab scandal 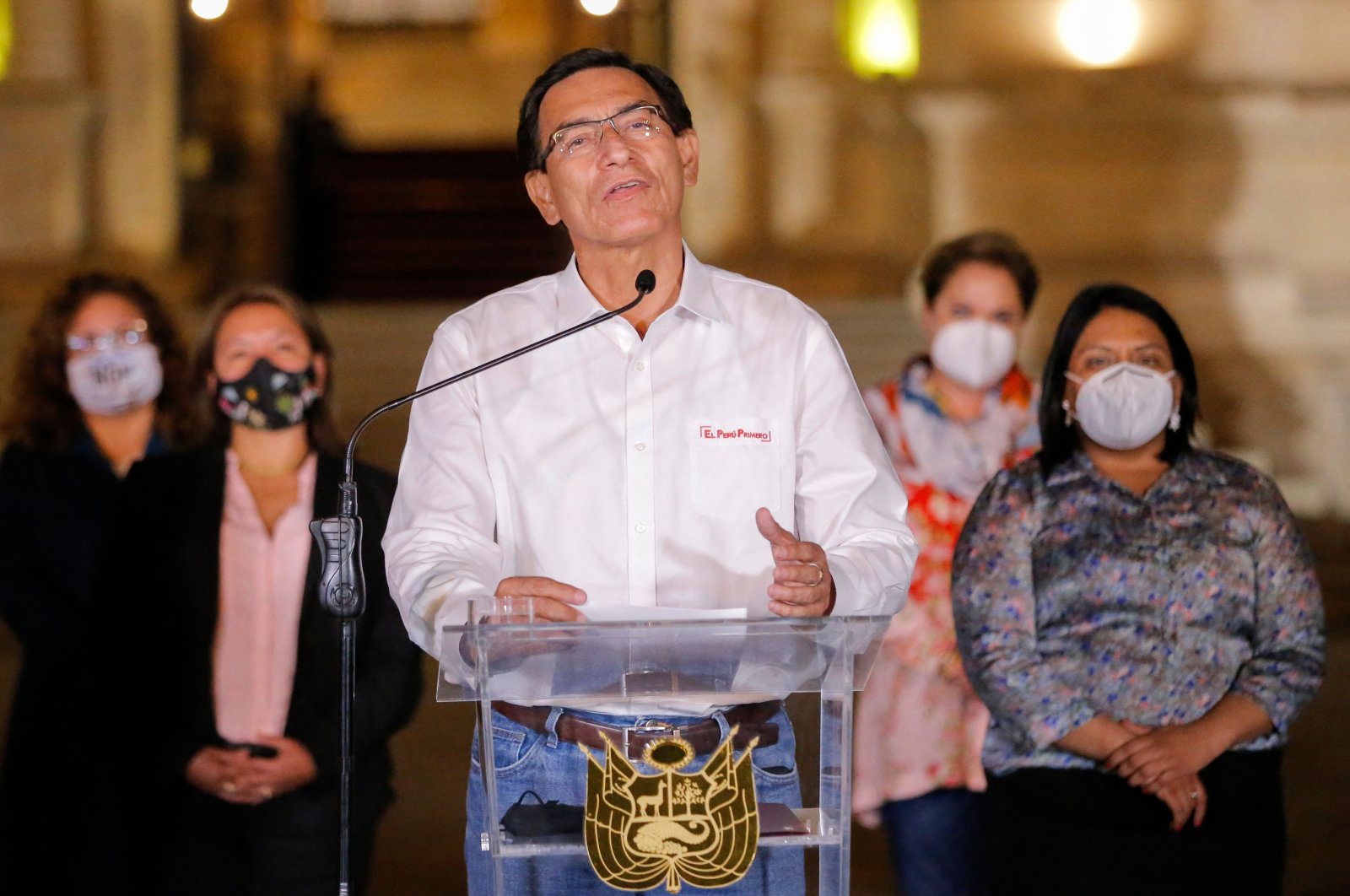 Peruvian President Martin Vizcarra gives a farewell statement to the press before leaving the presidential palace in Lima, following his impeachment by an overwhelming majority Congress vote during a second political trial against him in less than two months, Lima, Peru, Nov. 09, 2020. (AFP Photo)
by French Press Agency - AFP Apr 17, 2021 10:29 am
RECOMMENDED

Former president Martin Vizcarra has been banned from holding public office for 10 years by Peru's Congress on Friday after the Covid-19 vaccination scandal.

The president has been accused of being part of a group of 470 people who were secretly vaccinated against the coronavirus before the official start of the country's immunization campaign.

Vizcarra says he was taking part in a clinical trial.

The decision by Congress to bar him from office was adopted during a virtual session lasting five hours and was passed by 86 votes with no votes against and no abstentions.

Vizcarra will not be able to occupy the deputy seat he won in legislative elections held last Sunday at the same time as the first round of a presidential election.

He became president in 2018 and was impeached in November 2020 by Congress on charges of corruption, which he denies.

Before the opening of the Congress session on Friday, he said the proceeds initiated against him held no validity.

"Congress is committing an abuse of authority by continuing its session without allowing me to exercise my right to defend myself ... Congress is not above the law and the constitution," the former president wrote on Twitter.

He said he was determined to fight the decision.

"We have no doubt that this situation will be reversed. This Congress is delegitimized. We will appeal to national and international bodies," he told reporters outside his home in Lima.

Congress has also sanctioned two former ministers accused of having been improperly vaccinated.

Vizcarra remains the subject of another investigation into accusations of corruption dating back to his time as governor of the region of Moquegua, in southern Peru, from 2011 to 2014.

Congress dismissed him in November 2020 on the basis of these allegations, a move that sparked violent demonstrations during which two people were killed and a hundred injured.