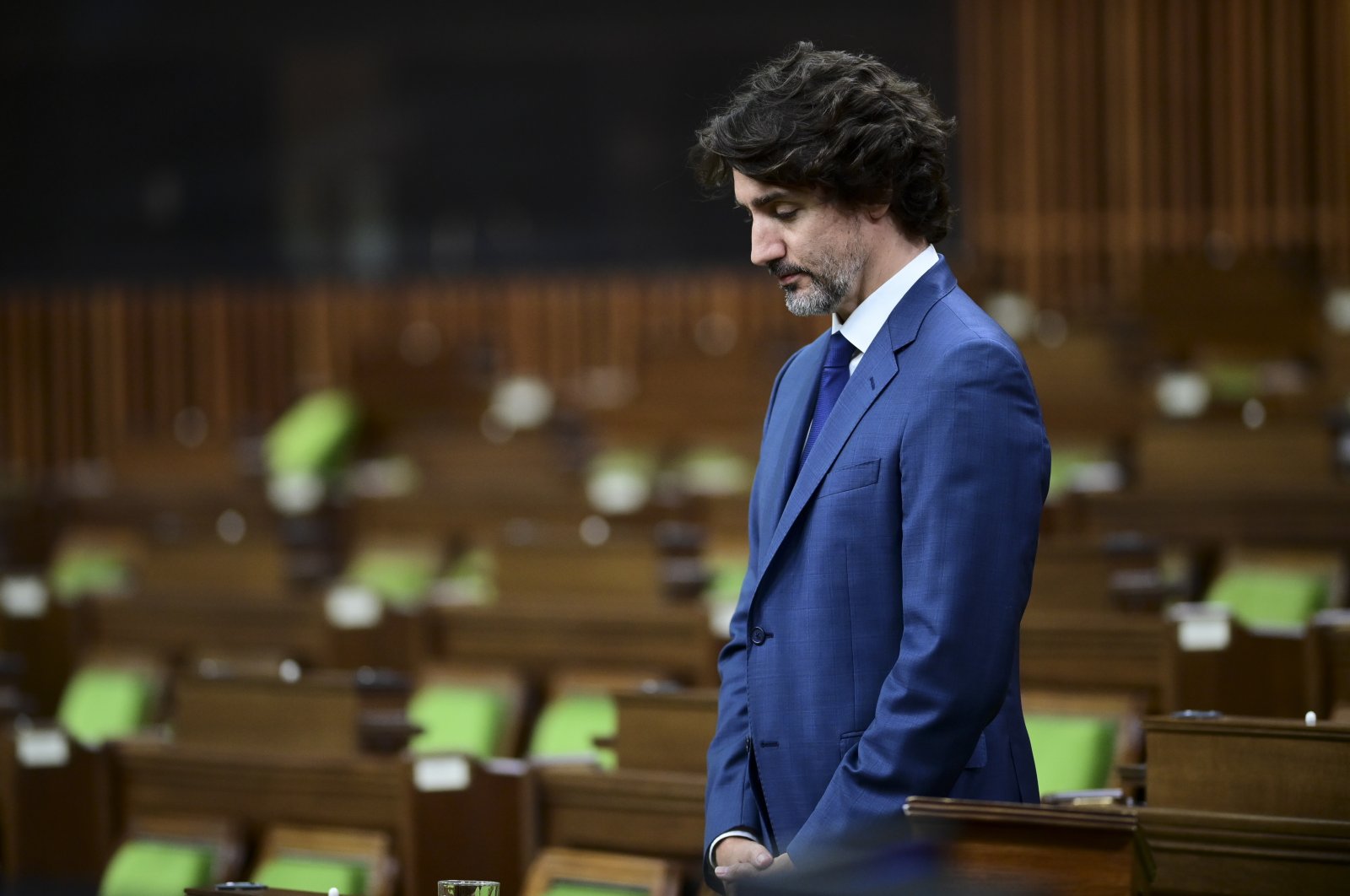 Canadian Prime Minister Justin Trudeau takes part in a moment of silence in the House of Commons on Parliament Hill in Ottawa, June 8, 2021, in response to the recent events in London, Ontario. (AP Photo)
by French Press Agency - AFP Jun 08, 2021 6:15 pm
RECOMMENDED

Canadian Prime Minister Justin Trudeau did not mince words Tuesday, labeling as a "terrorist attack" the killing of four members of a Muslim family who were run down by a man driving a pick-up truck.

"This killing was no accident. This was a terrorist attack, motivated by hatred, in the heart of one of our communities," Trudeau said during a speech at the House of Commons.

The 20-year-old suspect, arrested shortly after the attack, has been charged with four counts of first-degree murder and one count of attempted murder, while several leaders of the Muslim community have called on the courts to classify the episode as an act of terrorism.

Officials have already said the Sunday evening incident in the city of London in Canada's central Ontario province was premeditated and motivated by "hatred."

Canada's Minister of Public Safety, Bill Blair, described the attack as a "horrific act of Islamophobia."

"They believe the family was targeted because of their faith, and that the attacker was motivated by his hatred of Muslims," he said.

The attack occurred as five family members were walking together along a sidewalk when a black pick-up truck "mounted the curb and struck" them as they waited to cross the intersection, according to police.

'Targeted because of Muslim faith'

A nine-year-old boy was also hospitalized following the attack and was recovering.

"We all hope the little boy can recover from his injuries quickly, even though we know he will live a long time with the sadness, incomprehension and anger caused by this cowardly Islamophobic attack," Trudeau said, briefly switching to French.

The Muslim Association of Canada has called on authorities to "prosecute this horrific attack as an act of hate and terrorism."

The suspect, identified as Nathaniel Veltman, who was wearing a vest "like body armor," was arrested at a mall 7 kilometers (4 miles) from the intersection where the attack happened, said Detective Superintendent Paul Waight.

The episode brought back painful memories of a Quebec City mosque mass shooting in January 2017 and a driving rampage in Toronto that killed 10 people in April 2018, among others.

"They were all targeted because of their Muslim faith," Trudeau said. "This is happening here, in Canada. And it has to stop."

Bouquets of flowers have been placed at the scene of the attack and a vigil in memory of the victims is set to take place later Tuesday.