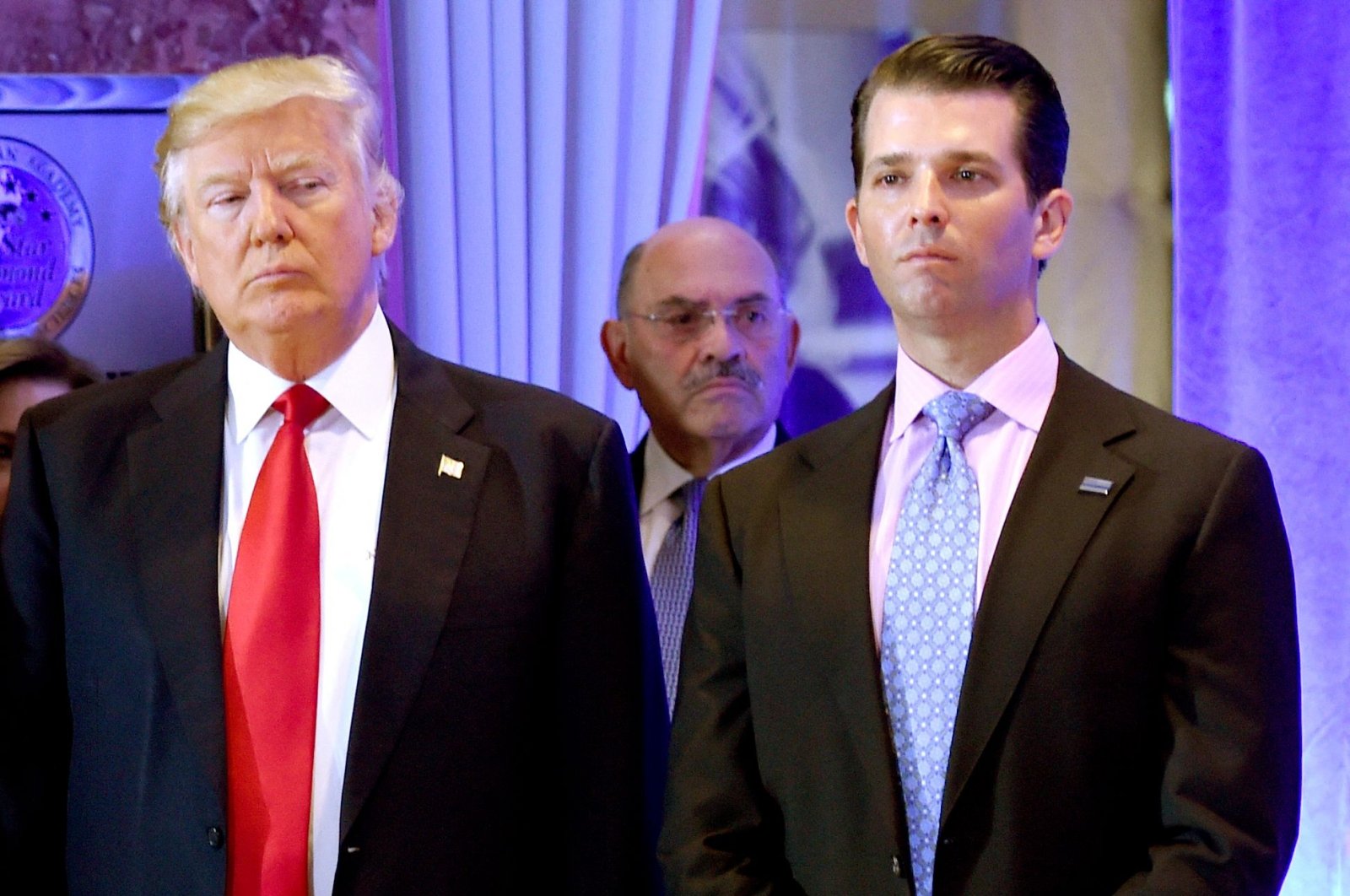 The Trump Organization's longtime chief financial officer, Allen Weisselberg, surrendered to authorities early Thursday ahead of an expected court appearance on the first criminal indictment in a two-year investigation into business practices at Donald Trump's company.

Weisselberg was photographed walking into the complex that houses criminal courts and the Manhattan district attorney's office at around 6:20 a.m. with his lawyer. New York prosecutors were expected to announce an indictment Thursday accusing Weisselberg and Trump's namesake company of tax crimes related to fringe benefits for employees. Later a lawyer for Trump Organization CFO Weisselberg said he will plead not guilty and fight criminal tax charges against him, CNN reported.

The case against Weisselberg – a loyal lieutenant to Trump and his real estate developer father, Fred – could give prosecutors the means to pressure the executive into cooperating and telling them what he knows about Trump's business dealings.

The Trump Organization issued a statement defending Weisselberg, saying the 48-year employee is being used by the Manhattan district attorney’s office as "a pawn in a scorched-earth attempt to harm the former president.” It said neither the Internal Revenue Service (IRS) nor any other district attorney would ever think of bringing such charges over employee benefits.

"This is not justice; this is politics,” the organization said.

The charges against the Trump Organization and Weisselberg remained sealed but were to be unveiled ahead of an afternoon arraignment at a state court in Manhattan, according to two people familiar with the matter. The people were not authorized to speak about an ongoing investigation and did so on condition of anonymity.

There was no indication Trump himself would be charged at this stage of the investigation, jointly pursued by Manhattan District Attorney Cyrus Vance Jr. and New York Attorney General Letitia James, both Democrats. Trump did not respond to reporters’ shouted questions about the New York case as he visited Texas on Wednesday, but earlier in the week, the Republican had blasted the New York prosecutors as "rude, nasty, and totally biased” and said his company’s actions were "standard practice throughout the U.S. business community and in no way a crime.”

The planned charges were said to be linked to benefits the company gave to top executives, like the use of apartments, cars and school tuition, the people familiar with the matter told The Associated Press (AP).

Vance, who leaves office at the end of the year, has been conducting a wide-ranging investigation into a variety of matters involving Trump and the Trump Organization. His office has looked into hush-money payments paid to women on Trump's behalf and truthfulness in the company's property valuations and tax assessments, among other matters. Vance fought a long battle to get Trump's tax records and has been subpoenaing documents and interviewing company executives and other Trump insiders.

James assigned two lawyers from her office to work with Vance’s team after her office found evidence of possible criminal wrongdoing while conducting a separate civil investigation of Trump. Weisselberg, 73, had come under scrutiny, in part, because of questions about his son’s use of a Trump apartment at little or no cost.

Barry Weisselberg, who managed a Trump-operated ice rink in Central Park, testified in a 2018 divorce deposition that Trump Parc East apartment was a "corporate apartment, so we didn’t have rent.” Barry’s ex-wife, Jen Weisselberg, has been cooperating with both inquiries and has given investigators reams of tax records and other documents.

The Trump Organization is the business entity through which the former president manages his many entrepreneurial affairs, including his investments in office towers, hotels and golf courses, his many marketing deals and his television pursuits.

Trump's sons Donald Jr. and Eric have been in charge of the company’s day-to-day operations since he became president. Although Trump isn’t expected to be charged Thursday, allegations against the company bearing his name raise questions about his knowledge of – or involvement in – business practices that prosecutors suspect were illegal.

James Repetti, a tax lawyer and professor at Boston College Law School, said a company like the Trump Organization would generally have a responsibility to withhold taxes not just on salary, but other forms of compensation – like the use of an apartment or automobile.

Such perks wouldn’t be considered taxable income if they were required as a condition of employment, Repetti said, such as providing an apartment for the convenience of an employee who is required to be at the office or worksite at odd or frequent hours, or allowing the use of a car for business purposes.

Another prominent New York City real estate figure, the late Leona Helmsley, was convicted of tax fraud in a federal case that arose from her company paying to remodel her home without her reporting that as income. The Trump Organization case involves possible violations of New York state tax laws.

"The IRS routinely looks for abuse of fringe benefits when auditing closely-held businesses,” Repetti said. "The temptation for the business is that it claims a tax deduction for the expense, while the recipient does not report it in income.”

Trump faces other lawsuits and investigations. Here is a review of them:

New York State Attorney General Letitia James is examining whether the Trump Organization inflated the values of some properties to obtain better loans and lowered their values to obtain property tax breaks. Court records show James is investigating how the company and its agents assessed the value of Seven Springs, a 212-acre estate north of Manhattan that Trump purchased in 1995. Trump’s company has said the century-old, 50,000-square-foot mansion on the grounds was used as a Trump family retreat, although the property became a vehicle for a tax break.

Prosecutors in Georgia’s biggest county have opened a criminal investigation into Trump’s attempts to influence the state’s results in the November 2020 presidential election that was won by Democrat Joe Biden. The investigation is being led by Fulton County District Attorney Fani Willis and focuses in part on a phone call Trump made to Georgia Secretary of State Brad Raffensperger, a Republican, on Jan. 2. Trump asked Raffensperger to "find" the votes needed to overturn election loss, according to an audio recording obtained by the Washington Post.

E. Jean Carroll, a former Elle magazine writer, sued Trump for defamation in 2019 after the president denied her allegation that he raped her in the 1990s in a New York department store and accused her of lying to drum up sales for a book. In August 2020, a state judge allowed the case to go forward, meaning Carroll’s lawyers could seek a DNA sample from Trump to match against a dress she said she wore at the store. The U.S. Department of Justice under the new Biden administration made a surprise decision in June to continue defending Trump in the case, arguing it wanted to shield the presidency, not Trump personally.

Trump has been named as a defendant in lawsuits over the storming of the U.S. Capitol building by his supporters in a bid to disrupt the certification by Congress of Biden's election to the White House. Trump has denied responsibility for the rioting in Washington, where he had urged his followers to march on the Capitol. Two Democratic lawmakers, Representatives Eric Swalwell of California and Bennie Thompson of Mississippi, separately sued Trump and his personal lawyer Rudy Giuliani for conspiring to incite an insurrection. Two Capitol Police officers sued Trump for physical and emotional injuries sustained in the attack and accused him of encouraging followers to stop the certification of Biden's election victory.