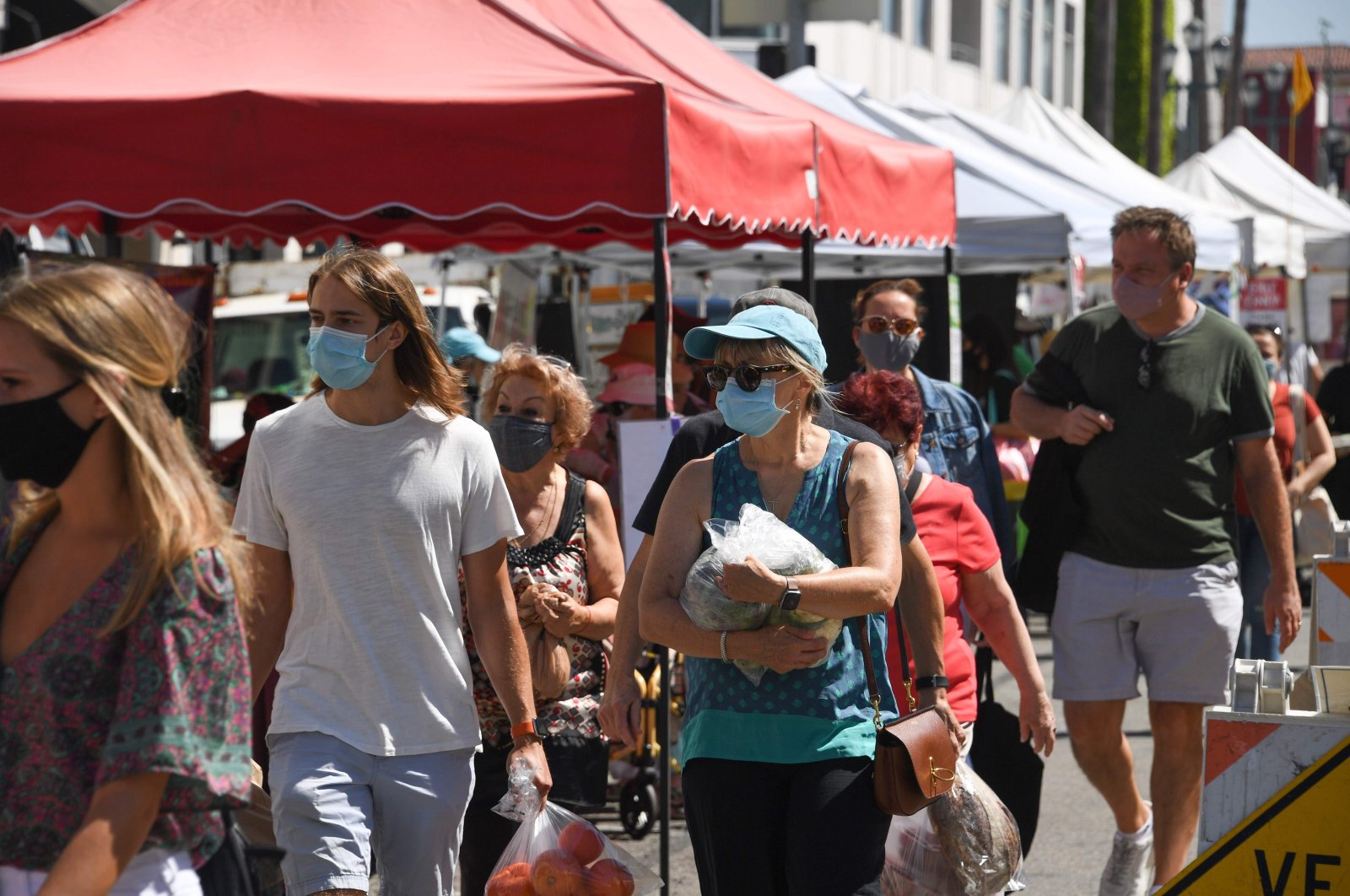 The U.S. has entered a new phase of the coronavirus outbreak, with infections "extraordinarily widespread" both in rural areas and cities, a White House expert warned as cases hit 4.68 million

As the spread of the coronavirus is gathering pace with worldwide deaths nearing 700,000, the United States remains the worst-hit nation.

As of Sunday, the U.S. tallied more than 4,665,000 cases of COVID-19 and 154,834 deaths, according to Johns Hopkins University, making it by far the hardest-hit country in the world. The U.S. notched 47,508 new cases Sunday, a slight dip from the previous five days, which had all recorded more than 60,000 new infections.

White House coronavirus advisor Deborah Birx, who heads the White House coronavirus task force, told CNN's "State of the Union" that local virus mitigation procedures were starting to work, but added that "what we are seeing today is different from March and April." "It is extraordinarily widespread. It's into the rural as equal urban areas," she added. "To everybody who lives in a rural area, you are not immune or protected from this virus." "We are in a new phase," Birx said.

Six months after the World Health Organization (WHO) declared a global emergency, the virus has killed more than 687,000 people since it first emerged in China late last year. More than 18 million people around the world have been diagnosed with the new coronavirus as of Monday. Mexico overtook Britain to become the third hardest-hit country in virus deaths, after Brazil and the U.S., with more than 46,600 fatal cases.

Fresh clusters have been reported in countries that had previously brought their outbreaks under control, forcing governments to reimpose lockdown measures despite worries over further economic fallout.

Health authorities in South Africa, where a surge in cases had been expected after the gradual loosening of a strict lockdown, reported that infections exceeded the half-million mark. The nation is by far the hardest-hit in Africa, accounting for more than half of diagnosed infections, although President Cyril Ramaphosa said the fatality rate is lower than the global average.

Latin America and the Caribbean passed another milestone on Sunday as fatalities in the region climbed to more than 200,000, with Brazil and Mexico accounting for nearly three-quarters.

Iran, battling the Middle East's deadliest outbreak, reported its highest single-day infection count in nearly a month, warning that most of its provinces have been hit by a resurgence of the disease.

With infections and deaths soaring, the U.N. health agency has said the coronavirus pandemic is likely to be protracted and warned of possible "response fatigue." "The WHO continues to assess the global risk level of COVID-19 to be very high," the agency said, adding that the effects of the pandemic "will be felt for decades to come."

The pandemic has spurred a race for a vaccine with several Chinese companies at the forefront, while Russia has set a target date of September to roll out its own prophylactic. However, U.S. infectious disease expert Anthony Fauci said it was unlikely America would use any vaccine developed in either nation.

As part of its "Operation Warp Speed," the U.S. government will pay pharmaceutical giants Sanofi and GlaxoSmithKline (GSK) up to $2.1 billion for the development of a COVID-19 vaccine, the two companies have said.

In Europe, where many countries had hoped their outbreaks had been brought under control, Norway recorded its first virus death in two weeks and Switzerland reported its case numbers had crept up again.

Despite the resurgence, Europe has seen demonstrations against coronavirus curbs. Thousands protested in Berlin over the weekend urging "a day of freedom" from the restrictions, with some demonstrators dubbing the pandemic "the biggest conspiracy theory." The protests, in which many demonstrators failed to wear masks or respect social distancing rules, triggered calls for tougher penalties against those who violate curbs.