Afghan evacuation accelerates as US warns of ‘acute’ security threats 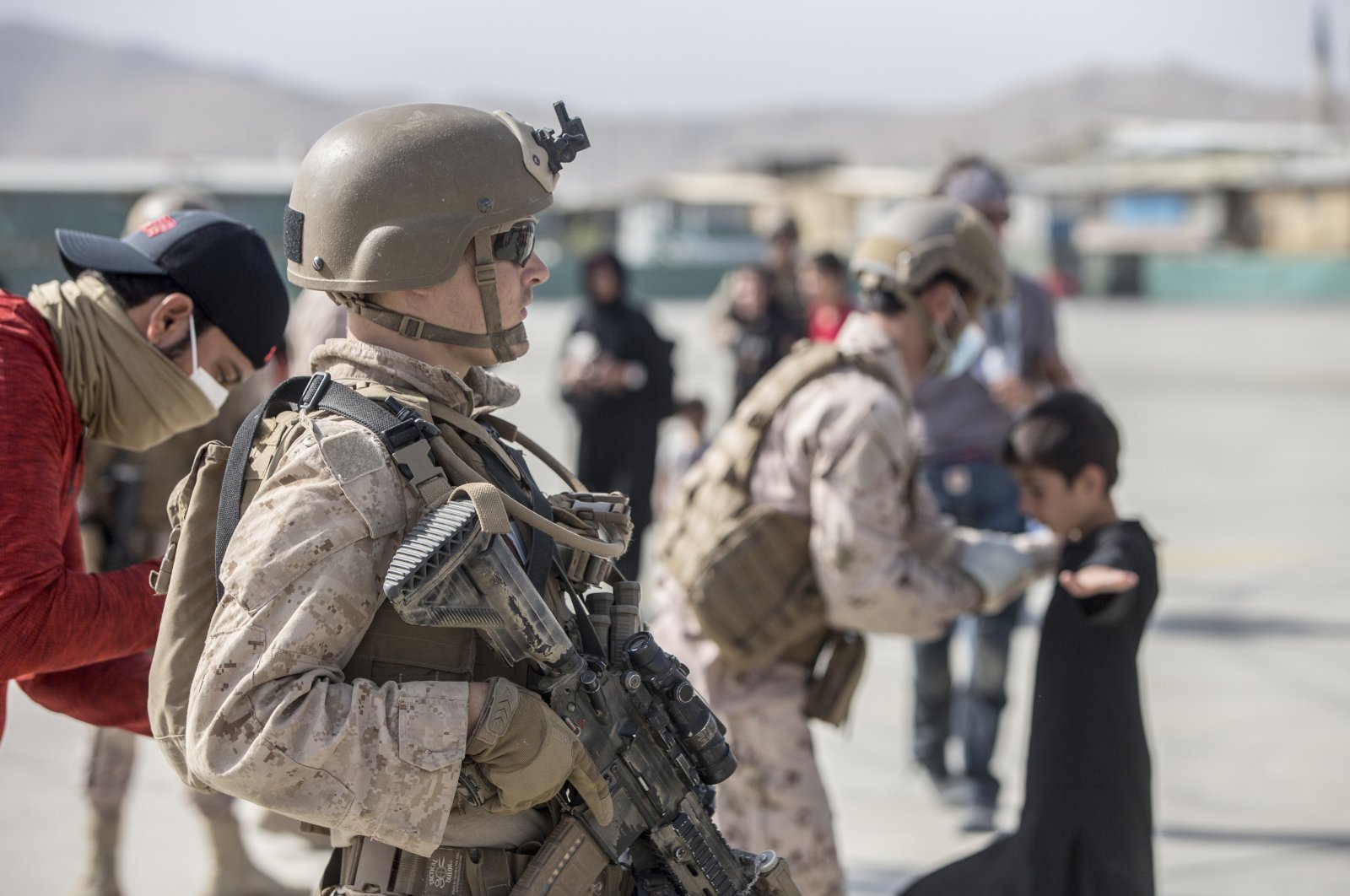 U.S. President Joe Biden says the "hard and painful” airlift of Americans and tens of thousands of others from Afghanistan's capital is accelerating, but he would not rule out extending it beyond the Aug. 31 deadline he set before the Taliban's swift takeover.

In remarks at the White House on Sunday, one day after the Taliban completed their victory by capturing Kabul, Biden defended his decision to end the war and insisted that getting all Americans out of the country would have been difficult in the best of circumstances.

Critics have blasted Biden for a grave error in judgment by waiting too long to begin organizing an evacuation, which became captive to the fear and panic set off by the government's sudden collapse.

"The evacuation of thousands of people from Kabul is going to be hard and painful, no matter when it started, when we began,” Biden said. "It would have been true if we'd started a month ago, or a month from now. There is no way to evacuate this many people without pain and loss of heartbreaking images you see on television.”

"Our hope is we will not have to extend, but there are discussions,” he said, suggesting the possibility that the Taliban will be consulted. In a statement later Sunday, a White House official said eight U.S. military flights – seven C-17s and one C-130 – evacuated about 1,700 passengers from Kabul Hamid Karzai International Airport in a 12-hour period ending at 3 p.m. EDT.

In addition, 39 coalition aircraft took off with approximately 3,400 passengers, the official said. Since Aug. 14, the U.S. has evacuated and facilitated the evacuation of about 30,300 people on military and coalition flights, the official said. Tens of thousands of people remain to join the airlift, which has been slowed by security issues and U.S. bureaucracy hurdles. On Saturday, 3,900 Americans were flown out of Kabul on 23 U.S. military flights, Biden said. "We see no reason why this tempo will not be kept up,” he said, according to The Associated Press (AP).

On Sunday, Taliban fighters fought off thousands of people desperate to flee Kabul airport, but witnesses said they did not see anyone seriously injured. According to the British Defense Ministry, seven Afghans were killed in a clash at the gate of the airport on Sunday, while a NATO official put the number of dead in the past seven days at at least 20 people. According to eyewitnesses, the victims died from gunshot wounds or in a stampede.

A journalist, who was part of a group of media workers and academics lucky enough to make it to the airport on Sunday, described desperate scenes of people surrounding their bus on the way.

“They were showing us their passports and shouting ‘take us with you ... please take us with you,'” the journalist told Agence France-Presse (AFP). “The Taliban fighter in the truck ahead of us had to shoot in the air to make them go away.”

The U.S. military says it has the capacity to fly 5,000 to 9,000 people out of Kabul per day. Biden asserted, without a full explanation, that U.S. forces have managed to improve access to the airport for Americans and others seeking to get on flights. He suggested that the perimeter had been extended, widening a "safe zone.”

"What I’m not going to do is talk about the tactical changes we’re making to make sure we maintain as much security as we can,” he said. "We have constantly, how can I say it, increased rational access to the airport, where more folk can get there more safely. It’s still a dangerous operation but I don’t want to go into the detail of how we’re doing that.”

Later Biden added: "We’ve discussed a lot with the Taliban. They’ve been cooperative in extending some of the perimeter.”

He said groups of Americans in Kabul are being moved more efficiently and safely to the airport, but he did not provide details.

"Any American who wants to get home, will get home,” he asserted.

Earlier Sunday, administration officials said the U.S. military was considering "creative ways” to get Americans out amid concerns over security threats from Afghan armed groups – including the "Islamic State of the Khorasan Province" (ISKP), the local Daesh affiliate – that might try to exploit the chaos around the airfield.

"The threat is real, it is acute, it is persistent and something we’re focused with every tool in our arsenal," said Biden's national security adviser, Jake Sullivan.

He told CNN’s State of the Union show that American commanders used "a wide variety of capabilities" to defend against a potential attack.

“It is something that we are placing paramount priority on stopping or disrupting,” Sullivan said. “And we will do everything that we can for as long as we are on the ground to keep that from happening. But we are taking it absolutely deadly seriously.”

Addressing a criticism cited by many Republicans, Biden said no Afghan evacuees are being flown directly to the United States from Afghanistan without prior screening. He said they are being screened in third countries.

The Biden administration has given no firm estimate of the number of Americans seeking to leave Afghanistan. Some have put the total between 10,000 and 15,000. Sullivan on Sunday put it at "several thousand.”

Speaking on ABC’s "This Week,” Austin said that as Biden’s Aug. 31 deadline for ending the evacuation operation approaches, he will recommend whether to give it more time. Republicans in Congress stepped up their criticism of Biden's response.

Ryan Crocker, who served as U.S. ambassador to Afghanistan under Presidents George W. Bush and Barack Obama, told CBS' "Face the Nation” that Biden’s management of the withdrawal was "catastrophic” and had unleashed a "global crisis.”

A central problem in the evacuation operation is processing evacuees once they reach other countries in the region and in Europe. Those temporary waystations, including in Qatar, Bahrain and Germany, are sometimes reaching capacity, although new sites are being made available, including in Spain.

In an attempt to alleviate that, and to free up military aircraft for missions from Kabul, the Pentagon on Sunday activated the Civil Reserve Air Fleet. The Defense Department said 18 aircraft from American Airlines, Atlas Air, Delta Air Lines, Omni Air, Hawaiian Airlines and United Airlines will be directed to ferry evacuees from interim waystations.

The airlines will not fly into Afghanistan. The six participating airlines have agreed to assist for a little less than two weeks, which roughly coincides with the currently planned duration of the airlift, which is to end Aug. 31.