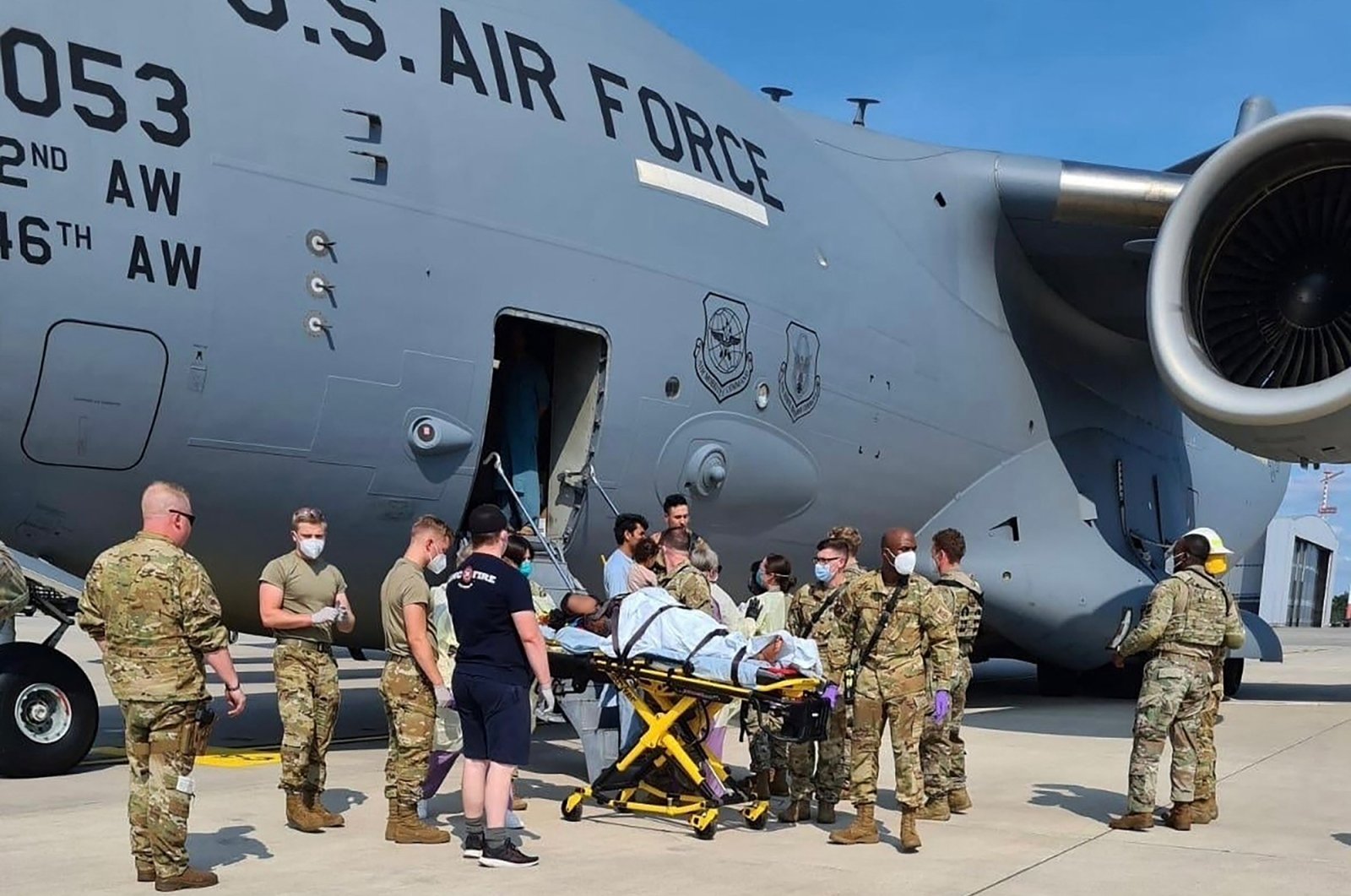 Medical support personnel from the 86th Medical Group help an Afghan mother and family off a U.S. Air Force C-17 moments after she delivered a baby aboard the aircraft after landing at Ramstein Air Base, Germany, Aug. 21, 2021. (AFP Photo)
by German Press Agency - DPA Aug 22, 2021 1:21 pm

A woman from Afghanistan went into labor on board a U.S. evacuation flight and gave birth on the aircraft after safely landing at the U.S. military base in Ramstein, Germany, the U.S. Air Mobility Command announced Sunday.

She began having complications during the flight, but her condition improved after the C-17 transport aircraft flew lower, increasing the air pressure in the plane, according to the command on Twitter.

The maneuver helped save her life, it added. After landing in Ramstein, the woman gave birth to a baby girl in the plane's cargo hold with the help of soldiers. Mother and child are doing well.

As of Saturday evening, 2,300 evacuees from Afghanistan have been brought to Ramstein on 17 planes, and more flights are expected to arrive on Sunday and the following days. Former local U.S. forces and their families, who are leaving their home country for fear of the Taliban, are initially being accommodated in aircraft hangars at the air base. From there, they are to be flown to the United States.