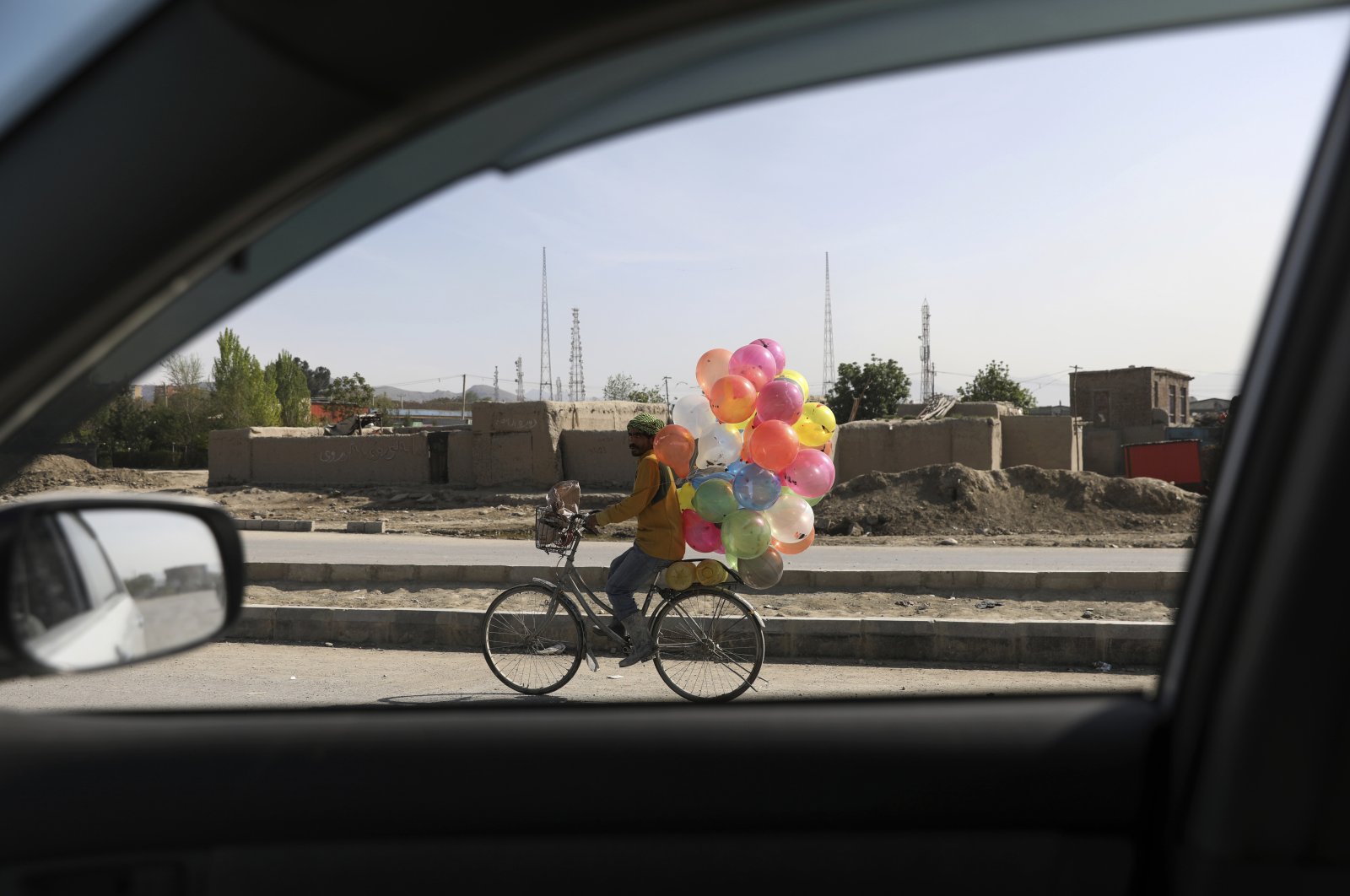 Afghan people are hopeful that after decades of war, the country can finally have peace as the U.S. soldiers withdraw and peace talks resume, one of which is expected to be held in Istanbul under the mediation of Turkey. Taliban, however, not only refuse to attend the peace talks but also continue to launch attacks, during the latest of which 12 Afghan officers were killed.

Muhammad Shakir Muhammedi, the owner of a store in Afghanistan's capital Kabul, said that the U.S. entered Afghanistan to tackle the problem of the Taliban, and if there is peace between the Afghans themselves, the presence of the foreigners in the country is not necessary.

Shakir said there are government and security forces in Afghanistan and added that as long as the Taliban is willing to make peace, U.S. presence in Afghanistan is not important.

Kabul University student Sirajul Haque said, however, it would be good for the U.S. to withdraw from Afghanistan and they believe that peace will follow soon.

"The departure of foreign forces from Afghanistan will bring peace to the country, so we are pleased that foreigners leave Afghanistan," Kabul resident Ismail Sur also said.

Ahm Jihan Selim Rahimi, who works for an local institution, said, "It will be for the benefit of the country if foreign forces leave Afghanistan."

Expressing hope that Afghanistan will be peaceful again, Rahimi noted that the Taliban also wanted foreigners to withdraw from the country for peace.

"We think that peace will come with the departure of foreign troops from the country," Zhiefiullah Khan, a tailor in Kabul said.

Another Kabul resident, Mohammed Wahidullah, pointed out that a condition of the Taliban for peace is the withdrawal of foreigners. Once the U.S. troops leave, the Taliban would be more willing to engage in the peace process and this would benefit Afghanistan greatly.

Ahmad Fahim, who lives in Kabul, said, "If peace comes, it will be very good for foreign forces to leave our country, as the Taliban want it to be."

Lagman province resident Muhammad Nazir said they want foreign forces to withdraw and that Afghans can solve its problems themselves.

Another local Mohammed Wahid Kakar, on the other hand, noted that the Taliban often claim it fights against the foreigners. Once the foreign forces leave the country, they would have no excuse left to engage in fights.

Aziz Karwan said foreign troops do not work for the benefit of Afghanistan and that they feel like prisoners in their own country.

The U.S. wants to leave the country completely by ending its 20-year war in Afghanistan.

U.S. President Joe Biden announced on April 14 that all 2,500 U.S. soldiers remaining in Afghanistan will withdraw until Sept. 11.

The Taliban, on the other hand, accused the United States of violating the Doha Agreement and announced that it could take any measures it deemed necessary from this point on.

Although there seems to be a large consensus on the demand for the foreign troops to leave the country among locals, there are still some that argue that such a sudden withdrawal might cause things to get worse in war-torn Afghanistan.

Quari Naquebullah, a resident of Baglan province, said foreigners' withdrawal is not beneficial for Afghanistan since these conflicts will continue regardless.

Naqueebullah argued that it was foreign powers that made Afghanistan this way in the first place.

Mohammad Firdaws, however, said with the withdrawal of foreign forces from the country, civil war may break out again, and therefore they do not want foreigners to leave.

The peace agreement signed between the U.S. and the Taliban in February 2020 stipulated that all troops would withdraw within 14 months if the Taliban kept their promises. Among the Taliban's commitments were not allowing al-Qaida and other militant groups to operate in the territory under their control and to continue national peace talks.

The Taliban wanted the exchange of prisoners and the release of thousands of their members to begin negotiations with the Afghan government.

In the face-to-face meetings between Afghans that started in Doha in September 2020, no significant progress has been made yet.

The Taliban continued to fight the Afghan government, even though they stopped their attacks on international forces in accordance with the agreement.

The Taliban threatened in March that "if it does not withdraw until May 1, it will attack foreign forces again."

Taliban stayed "true" to itself but resumed its attacks and killed at least 12 members of the Afghan security forces in several violent overnight attacks Tuesday.

A police official confirmed the attack and the fact that there were casualties, but gave no numbers.

In western Herat province, at least two members of the security forces were killed and 15 others wounded when a suicide attacker detonated a car bomb near a police headquarters in Ghoryan district, officials said.

In a statement, the provincial government said a dozen civilians, including children, were among the wounded. Four residential houses were destroyed and many others were partially damaged, the statement added.

In Kabul, an army officer and his driver were shot dead by unidentified shooters, police said.

The Taliban claimed responsibility for the car bombing and the checkpoint attack. Government officials also blamed the insurgent group.

In face of a such violent and delicate atmosphere, the upcoming peace talks in Turkey carry a major potential since they will take place in a neutral country with longstanding friendly ties. Even though the Afghan government and the U.S. put their belief in the Istanbul talks, the Taliban's resistance to participate crumble the process and raises eyebrows at the sincerity of the group in demanding peace for Afghanistan.

The head of Afghanistan's parliament Mir Rahman Rahmani said Monday the Afghan peace conference in Istanbul is a historical opportunity for the resolution of the conflict.

Speaking at the Parliament, Rahmani said the conference instilled hope for a possible end to the decadeslong civil war and finding a political solution to the conflict. He added that the Taliban should not miss this opportunity either.

Rahmani said it is important to protect political and social gains including the current political system, constitution and freedoms during the conference.

Turkey has been contributing to the security of Afghanistan and will keep its presence in the country as long as its Afghan brothers demand it, Foreign Minister Mevlüt Çavuşoğlu said last month, marking the 100th anniversary of diplomatic relations between the two countries.

Blinken said he wanted to see top officials from both the Taliban and the Afghan government in the conference. The meeting, initially scheduled to take place in Istanbul on April 16, was later postponed to April 24 as the Taliban said the religious militia would not attend a peace conference.