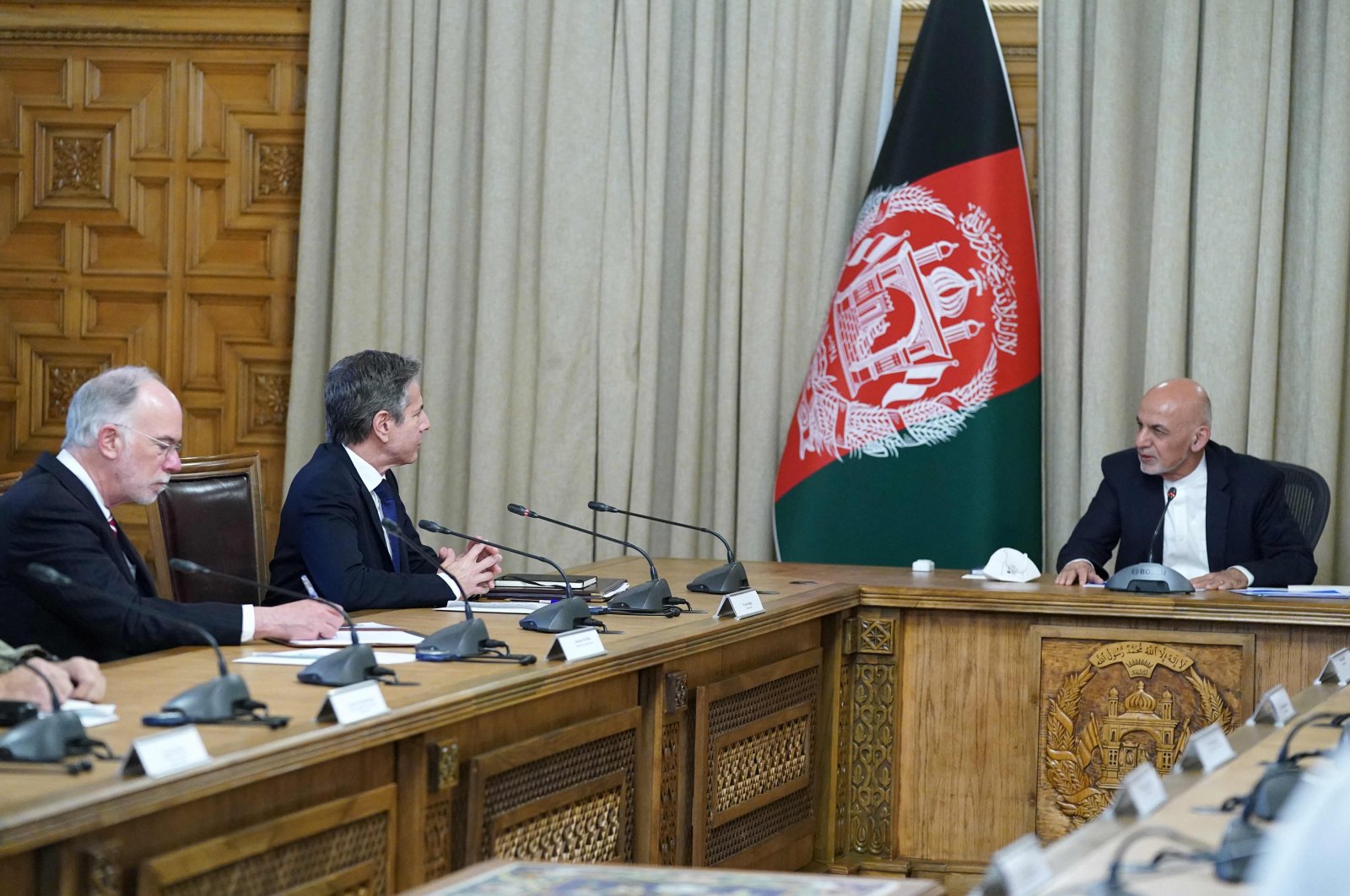 The foreign ministers of Pakistan and Afghanistan took part in a phone call Sunday in which they stated their faith in the upcoming Istanbul Conference, saying that the meeting could help make the ongoing Afghan peace process "results-oriented."

During the phone conversation, Pakistani Foreign Minister Shah Mehmood Qureshi and his Afghan counterpart Mohammad Haneef Atmar discussed the latest developments and progress on the intra-Afghan dialogue, which aims to bring an end to the decadeslong conflict in the war-torn country, according to a statement by Pakistan's Foreign Ministry.

Qureshi, who is currently on a three-day visit to the United Arab Emirates (UAE), hoped that the Istanbul Conference will contribute to bring durable peace in Afghanistan, and make the 2020 Doha peace deal results-oriented. Reiterating Islamabad's support to the peace dialogue, he said that a peaceful Afghanistan is in Pakistan's interest, according to Anadolu Agency (AA).

Islamabad-brokered peace talks in Doha, Qatar meant to end decades of war and carve out a path for a post-war Afghan society have made little headway since last September.

Pakistan, which wields considerable influence over the Taliban, also welcomed the forthcoming Afghan peace summit in Istanbul, Turkey, hoping that it will be an important opportunity for Afghan leaders to make progress toward a negotiated political settlement. In December 2018, Islamabad arranged direct talks between Washington and the Taliban, paving the way for the 2020 peace deal.

Turkish Foreign Minister Mevlüt Çavuşoğlu on Thursday in a phone call briefed Atmar on recent NATO discussions in which the allies agreed to withdraw their forces from Afghanistan by Sept. 11.

"Our minister briefed his counterpart on developments from the Resolute Support Mission Framework Nations and NATO Council meetings held on April 14, as well as about what will happen in the coming period," Turkey's Foreign Ministry said. The two ministers also discussed the peace process in the phone call, it said.

NATO allies agreed on the withdrawal plan on Wednesday in coordination with a United States pull-out by Sept. 11 and pledged to mirror American plans to start removing troops on May 1 after two decades of war. Çavuşoğlu attended the talks at NATO's headquarters in Brussels on Wednesday over Afghanistan, ahead of a peace summit planned from April 24 in Istanbul that will include the United Nations and more than 20 other countries.

In a televised interview on Thursday, Çavuşoğlu said NATO was discussing how to support Afghanistan in the coming period.

"Whether it will be under a different mission – not the Resolute Support Mission – or whether a group of nations will be here, with NATO or other institutional support, or whether there will be another structure, on a bilateral or individual level, these all need to be discussed," he said.

Earlier on Thursday, U.S. Secretary of State Antony Blinken flew to Kabul to show support for the Afghan government a day after President Joe Biden announced that he was pulling out U.S. forces. Blinken met with Afghan President Ashraf Ghani, chief executive Abdullah Abdullah and civic figures. His trip also came after NATO immediately followed suit, saying its roughly 7,000 non-American forces in Afghanistan would be departing within a few months, ending the foreign military presence that had been a fact of life for a generation of Afghans already reeling from more than 40 years of conflict.

Biden said Wednesday that he will withdraw remaining U.S. troops from the "forever war” in Afghanistan, as The Associated Press (AP) reported. The U.S. cannot continue to pour resources into an intractable war and expect different results, he said.

"It is time to end America’s longest war,” Biden said, but he added that the U.S. will "not conduct a hasty rush to the exit."

"We cannot continue the cycle of extending or expanding our military presence in Afghanistan hoping to create the ideal conditions for our withdrawal, expecting a different result,” said Biden, who delivered his address from the White House Treaty Room, the same location where President George W. Bush announced the start of the war.

"I am now the fourth United States president to preside over an American troop presence in Afghanistan. Two Republicans. Two Democrats. I will not pass this responsibility to a fifth.”

Biden's announcement, which he followed with a visit to Arlington National Cemetery, marks perhaps the most significant foreign policy decision in the early going of his presidency. He’s long been skeptical about the U.S. presence in Afghanistan.

As Barack Obama's vice president, Biden was a lonely voice in the administration who advised the 44th president to tilt towards a smaller counterterrorism role in the country while military advisers were urging a troop buildup to counter Taliban gains.

Biden has also made clear he wants to recalibrate U.S. foreign policy to face bigger challenges posed by China and Russia.

Withdrawing all U.S. troops comes with clear risks. It could boost the Taliban's effort to claw back power and undo gains toward democracy and women’s rights made over the past two decades. It also opens Biden to criticism, from mostly Republicans and some Democrats, even though former President Donald Trump had also wanted a full withdrawal.