Aid begins to pour into coronavirus-stricken India as deaths surge 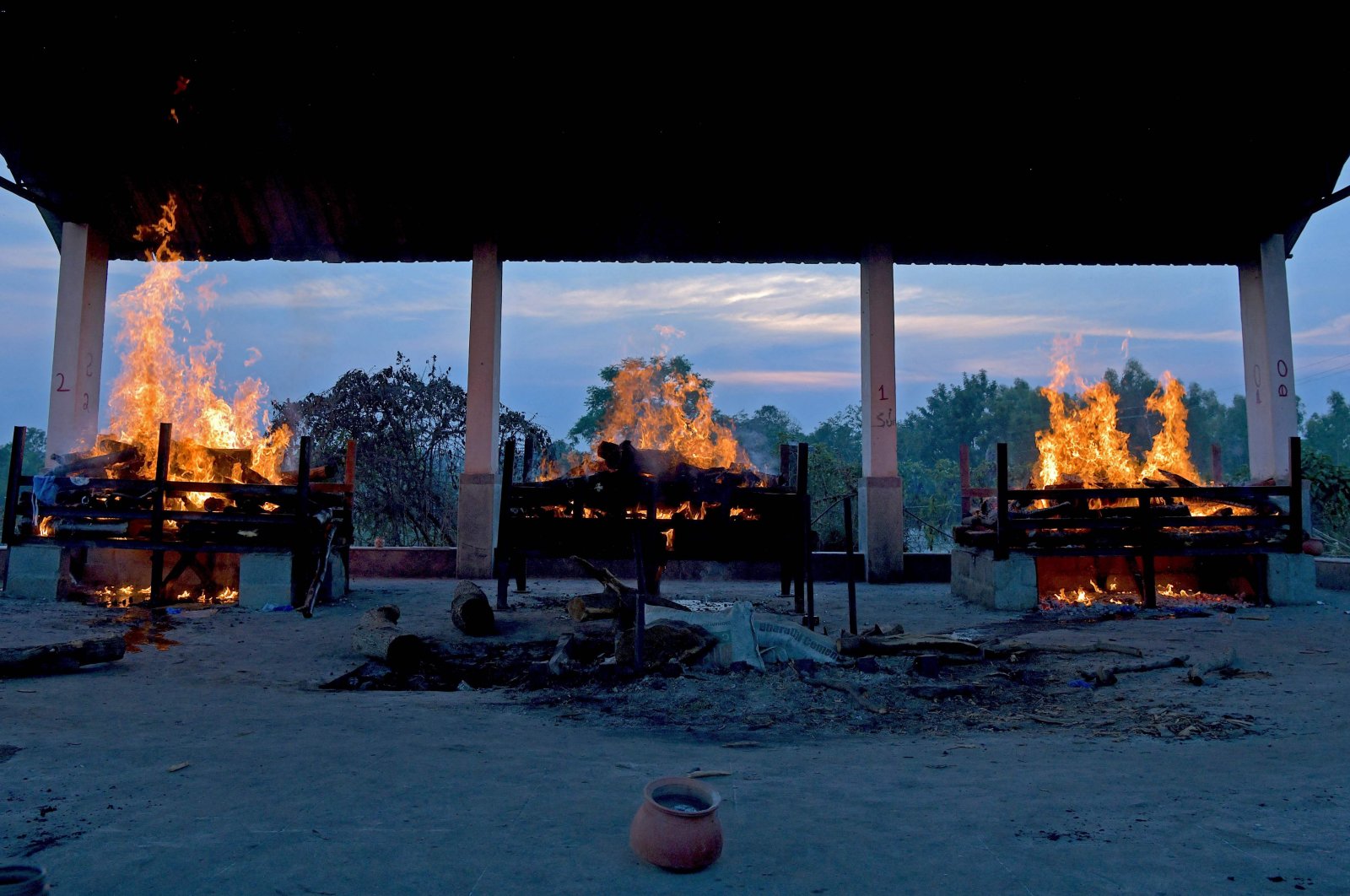 India's death toll from COVID-19 is racing toward the 200,000-mark with medical supplies from across the world being flown into the country to help overburdened hospitals struggling with a severe shortage of life-saving oxygen and drugs. Meanwhile, the Delhi crematorium is dealing with so many bodies that it has been forced to expand into an adjacent car park.

"I have lost count," Sanjay, who acts as a priest at the Delhi crematorium, told Agence France-Presse (AFP) of the number of dead brought to the facility. "We start at sunrise and cremations continue past midnight," he says next to burning pyres and smoldering piles of ash.

Families mourn silently on the roadside of this low-income neighborhood as they wait the turn of their relatives wrapped in white cloth and garlands of yellow marigolds. Wailing ambulances regularly bring more bodies. People in homes overlooking the crematorium live with the stench of burning bodies and the cries of grieving families.

India's hospitals are being stretched to breaking point by an explosion in coronavirus cases with people dying outside their doors or at home due to a lack of beds, drugs and oxygen.

Crematoriums are working overtime, their chimneys cracking and iron frames melting from constant use. Wood is reportedly in short supply in places and some families are told to bring their own to burn.

Many crematoriums and graveyards say the official death toll from the virus comes nowhere close to reflecting the additional number of bodies they are dealing with.

Meanwhile, help from across the world is coming to India, with U.S. drugmaker Merck & Co joining Gilead Sciences on Tuesday in lending support to the country.

Gilead said it would give India at least 450,000 vials of its antiviral drug remdesivir, while Merck said it was partnering with five Indian generic drugmakers to expand production and access to its experimental COVID-19 drug molnupiravir.

Nations including Britain, Germany and the United States have pledged support, while the World Health Organization (WHO) said it was working to deliver 4,000 oxygen concentrators, calling the situation in India "beyond heartbreaking."

Gilead said on Monday it would help boost the production of remdesivir in India, where the drug is approved for restricted emergency use to treat severe COVID-19 cases, by offering technical assistance to its manufacturing partners.

Seven Indian companies have licensed the drug from Gilead, with a total installed capacity of about 3.9 million units per month. Gilead said the companies were scaling up their batch sizes and adding new manufacturing facilities and local contract manufacturers.

Hospitals are facing supply shortages of remdesivir due to indiscriminate use. The drug is being sold at over 10 times its listed price in the black market, stoking fears of hoarding as people queue up outside clinics and millions take to social media to secure supplies.

Earlier this month, India banned the export of the drug and the active pharmaceutical ingredients (API) used to make it.

The WHO in November issued a conditional recommendation against the use of remdesivir in hospitalized patients due to doubts about its effectiveness in treating COVID-19, but India has continued to use it.

A senior Indian government health official said last week that remdesivir is only for those patients who need oxygen. "I am appealing that the hype over this medicine should be decreased, and it should be used in a rational manner," Vinod Kumar Paul said.

Merck said on Tuesday its partnership with Indian drugmakers, including Cipla Ltd and Sun Pharmaceutical Industries Ltd, will give the companies license to supply COVID-19 drug candidate molnupiravir to India and more than 100 low- and middle-income countries after the treatment is authorized.

Merck also said it would donate more than $5 million worth of oxygen-production equipment, masks, hand sanitizers and financial aid to India.