Another terror attack on Kabul airport may occur in 24-36 hours: US 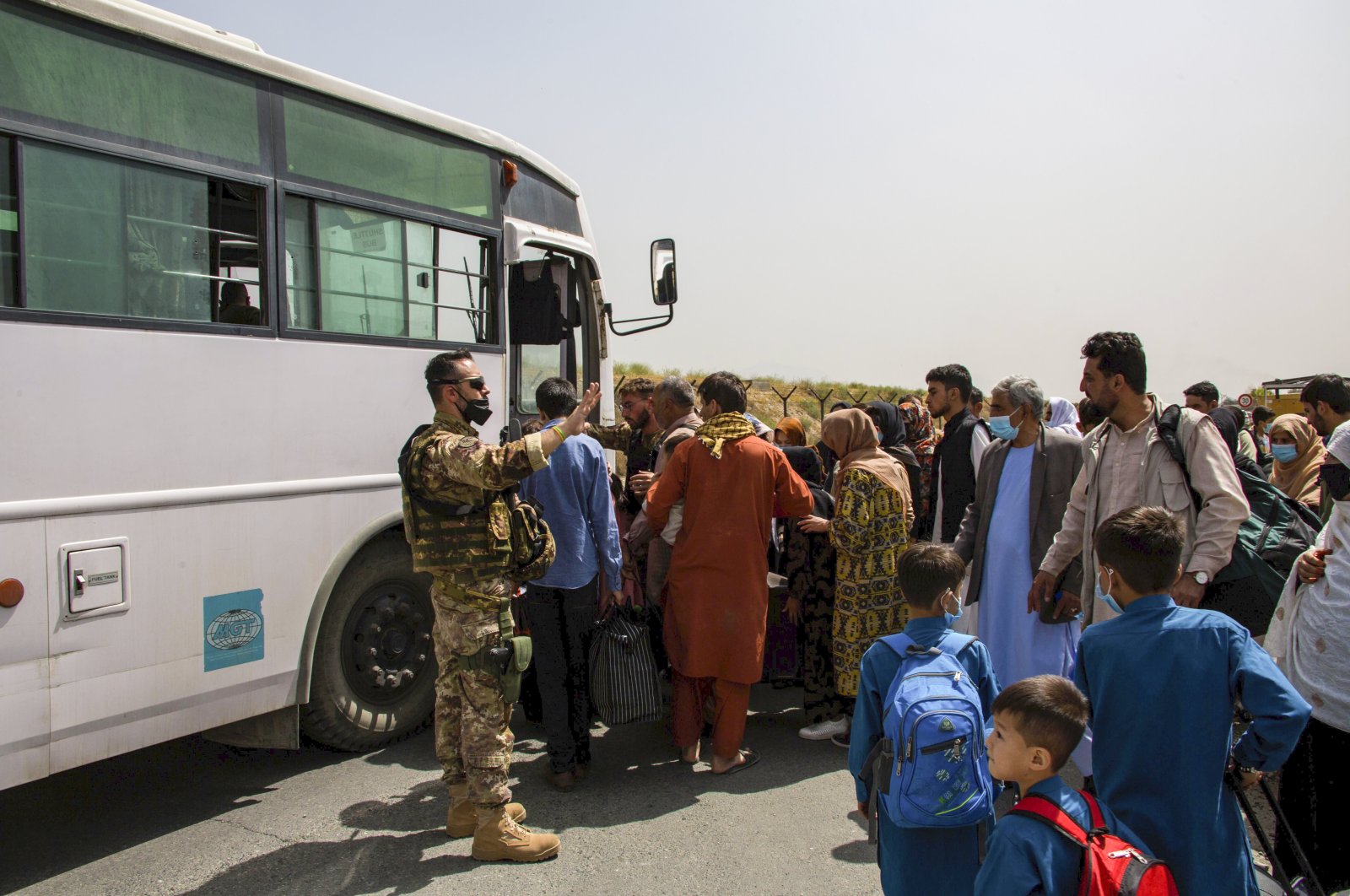 Suicide bomb threats continue to hang over the final phase of the U.S. military's airlift operation from Kabul Sunday, with President Joe Biden warning that another attack was highly likely before evacuations conclude.

More than 112,000 people have fled Afghanistan via the massive U.S.-led evacuation since the Taliban swept back into power two weeks ago, and the operation is winding down despite Western powers saying thousands may be left behind.

What had already been a chaotic and desperate evacuation turned bloody on Thursday when a suicide bomber from the local chapter of the Daesh terrorist group targeted U.S. troops who were stopping huge crowds of people from entering the Kabul Hamid Karzai International Airport. More than 100 people died in the attack, including 13 U.S. service personnel, slowing down the airlift ahead of Biden's deadline for evacuations to end by Tuesday, Aug. 31.

The Pentagon said Saturday that retaliatory drone strikes had killed two "high-level" Daesh terrorists in eastern Afghanistan, but Biden warned of more attacks from the group.

The troops were seen throughout the civilian side of the airport grounds and annex buildings, while U.S. Marines peered at them from the passenger terminal roof. After a 20-year war, the foes were within open sight of each other, separated by just 30 meters (100 feet). Also in view of the U.S. troops were the Taliban's "Badri" special forces in American Humvees gifted to the now-vanquished Afghan army.

Taliban spokesperson Bilal Karimi tweeted that the group's fighters had already moved into parts of the military side of the airport, but the Pentagon stressed that U.S. forces retained control over the gates and the airlift. Pentagon spokesperson John Kirby said U.S. troops had started withdrawing – without saying how many were left.

Western allies that helped with the airlift have mostly already ended their flights, with some voicing despair at not being able to fly out everyone at risk. The head of Britain's armed forces, General Sir Nick Carter, told the BBC it was "heartbreaking" that "we haven't been able to bring everybody out."

British Prime Minister Boris Johnson has said the British departure from Afghanistan was "the culmination of a mission unlike anything we’ve seen in our lifetimes.”

The final U.K. troops and diplomatic staff were airlifted from Kabul on Saturday, drawing to a close Britain’s 20-year engagement in Afghanistan and a two-week operation to rescue U.K. nationals and Afghan allies. Named "Operation Pitting," it was believed to be the largest evacuation mission since World War II.

In a video uploaded to Twitter on Sunday morning, Johnson praised the more than 1,000 military personnel, diplomats and officials who took part in the operation in Afghanistan.

"U.K. troops and officials have worked around the clock to a remorseless deadline in harrowing conditions," Johnson said, according to Deutsche Presse-Agentur (dpa). "They have expended all the patience and care and thought they possess to help people in fear for their lives."

"They’ve seen at first-hand barbaric terrorist attacks on the queues of people they were trying to comfort, as well as on our American friends," he added. "They didn’t flinch. They kept calm. They got on with the job."

The government said of the 15,000 people evacuated since the Taliban seized Kabul, 5,000 of those were British nationals and their families. More than 8,000 Afghans who helped the British effort as interpreters or in other roles, or who are otherwise vulnerable to persecution by the regime, were also able to flee to safety with their families.

Two Afghan athletes were able to leave last weekend and spent a week in France before a "major global operation" took them to Japan for the Tokyo Paralympics. There was an emotional welcome for Zakia Khudadadi and Hossain Rasouli at the athletes' village on Saturday night.

"There were lots of tears from everyone in the room," said International Paralympic Committee spokesperson Craig Spence.

France and Britain will on Monday urge the United Nations to work for the creation of a "safe zone" in Kabul to protect humanitarian operations, he said. The U.N. said it was bracing for a "worst-case scenario" of up to half a million more refugees from Afghanistan by the end of 2021.

At the airport, gone are the crowds of thousands mobbing the perimeter, hoping to be let through and allowed onto a plane. The Taliban have now sealed off roads leading to the facility and are only letting sanctioned buses pass.

An Agence France-Presse (AFP) photographer saw a journalist friend Saturday among those brought by bus for evacuation – he had worked for the U.S.-led coalition force's media department and was considered at risk of Taliban retribution. They embraced briefly before parting ways. "Good luck," they told each other – one staying behind, and the other on his way to a new life.