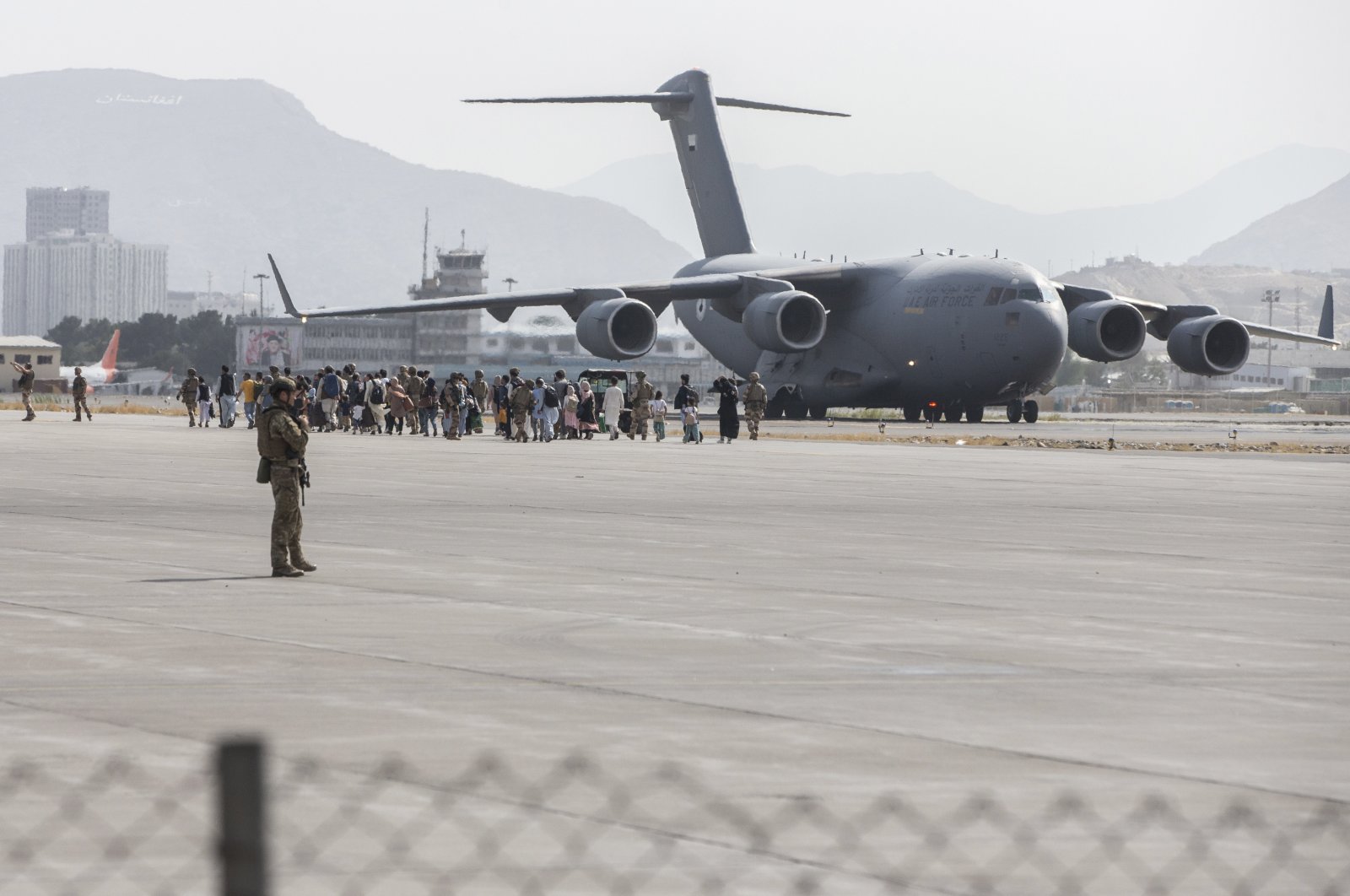 At least one Afghan security officer was killed early Monday in firefighting at one of the gates of Kabul Hamid Karzai International Airport, German officials said. This is the latest chaos to engulf Western evacuation efforts for those fleeing the Taliban takeover of the country.

The shooting near the military side of the airport came as the Taliban sent fighters northward to face a nascent rebellion against the insurgents who seized the country over a week ago in a lightning offensive.

So far, the Taliban said there had been no fighting though the rebels already have seized three rural districts in the mountains of the Hindu Kush. Though the security forces of Afghanistan's central government largely collapsed or fled the Taliban advance, some armed Afghans remain at Kabul airport assisting Western countries and others as they struggle to evacuate those gathered there.

It remains unclear whether they belong to the Afghan border forces that once guarded the airport or whether they were attached to the Western militaries as private armed guards now providing security there.

The gunfire that killed the Afghan officer early Monday broke out near the airport's northern gate – the same scene of chaos that on Saturday saw a crush of a panicked crowd kill seven Afghan civilians. Who opened fire and the circumstances of the shooting around 6:45 a.m. local time remained unclear.

However, the German military said in a tweet that one member of the Afghan security forces was killed and three others were wounded by "unknown attackers.”

Britain's armed forces minister, James Heappey, said British forces and nationals had not been involved in a firefight at Kabul's airport on Monday.

Heappey told BBC television that the clash occurred at an area of the airport where British forces were not located. The U.S. military and NATO did not immediately acknowledge the shooting. The Taliban as well did not acknowledge the incident.

The tragic scenes around the airport have transfixed the world as thousands of Afghans poured into the facility last week. In the chaos, some plunged to their deaths while hanging onto an American C-17 taking off from the runway.

At least seven people died that day, in addition to the seven killed Sunday. The Taliban blame the chaotic evacuation on the U.S. military, saying there’s no need for Afghans to fear them, even though their fighters shoot into the air and beat people with batons as they try to control the crowds outside the airport perimeter.

The Taliban have pledged amnesty to those who worked with the U.S., NATO and the toppled Afghan government, but many Afghans still fear revenge attacks. There have been reports in recent days of the Taliban hunting down their former enemies. It’s unclear if Taliban leaders are saying one thing and doing another, or if fighters are taking matters into their own hands.

As the airlift continues, the U.S. government has activated the Civil Reserve Air Fleet program, requesting 18 aircraft from U.S. carriers to assist in transporting Afghan refugees after they are evacuated to other countries.

The voluntary program, born in the wake of the Berlin airlift, adds to the military’s capabilities during crises. Already early Monday, a Delta Air Lines flight part of those evacuations landed in Dubai and later took off for Al-Udeid Air Base in Qatar, where evacuees already crowd hangars there.

Meanwhile in Baghlan province, some 120 kilometers (75 miles) north of Kabul, fighters calling themselves the "People’s Uprising” claimed to have seized three districts in the Andarab Valley, nestled the Hindu Kush.

Others have gathered in Panjshir province, the only of Afghanistan's 34 provinces not to fall to the Taliban. Taliban spokesperson Zabihullah Mujahid said the insurgents' forces had begun surrounding Panjshir province.

Amurllah Saleh, Afghanistan's first vice president under the country's absent President Ashraf Ghani, wrote on Twitter that Taliban fighters have massed near the province after facing ambushes. Mujahid said the Taliban planned to open negotiations with those in Panjshir.

"So far there has been no fight,” he said. "We prefer to find a peaceful solution for Panjshir.