Australia and NZ welcome sanctions over Uyghurs, China bites back 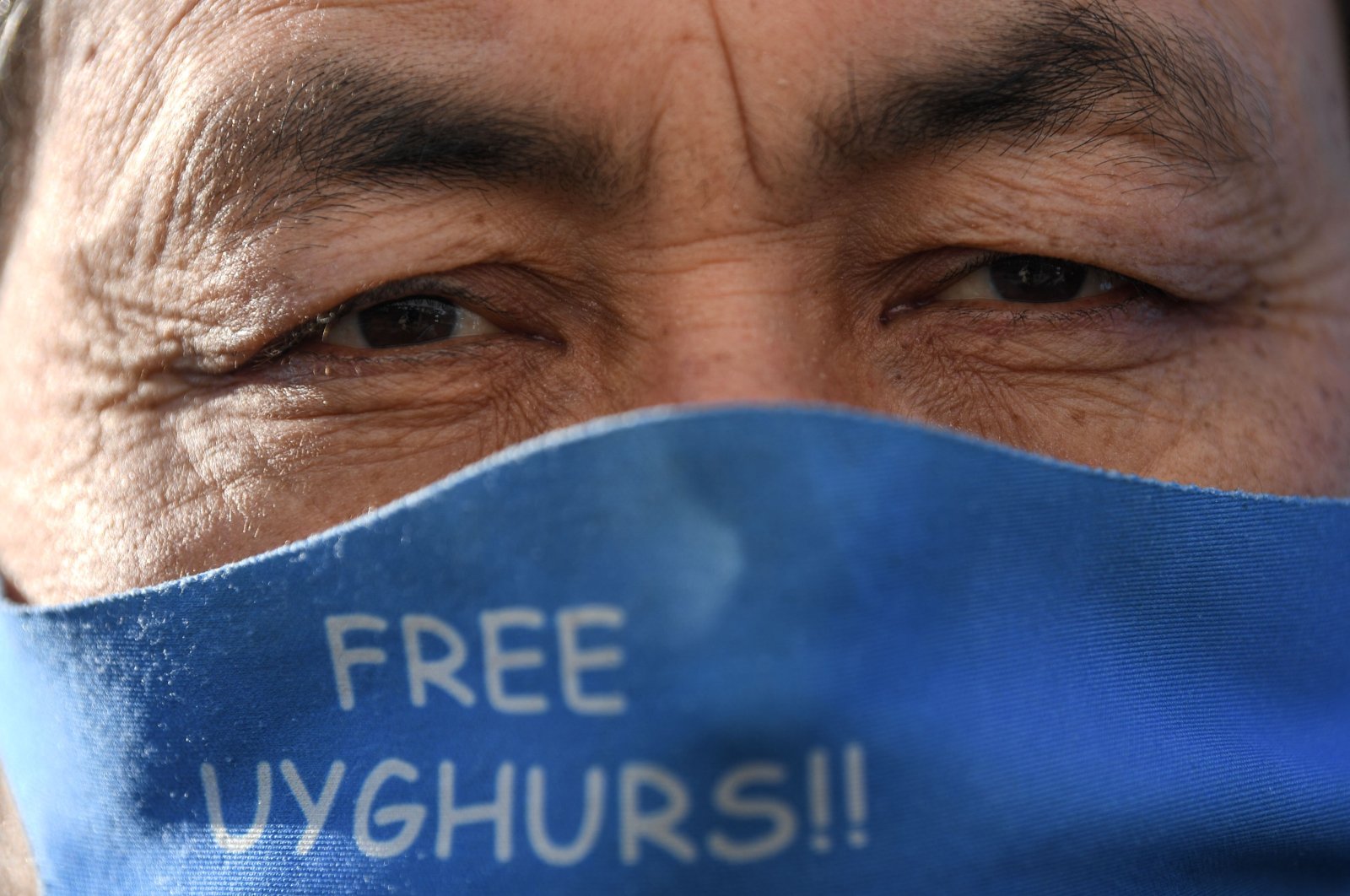 A member of the Uyghur minority wears a face mask to protect against the spread of the coronavirus as they demonstrate near China's consulate in Istanbul, Turkey, Feb. 22, 2021. (AFP Photo)
by Agencies Mar 23, 2021 9:52 am
RECOMMENDED

"We share these countries’ deep concerns, which are held across the Australian and New Zealand communities,” Australian Foreign Minister Marise Payne and her New Zealand counterpart Nanaia Mahuta said in a joint statement.

"Today, we underscore the importance of transparency and accountability, and reiterate our call on China to grant meaningful and unfettered access to Xinjiang for United Nations experts, and other independent observers,” the statement added as reported by The Associated Press (AP).

The Australian and New Zealand governments reiterated their grave concerns about the growing number of credible reports of severe human rights abuses against ethnic Uyghurs and other Muslim minorities in Xinjiang, while the two have not imposed sanctions themselves.

British Foreign Secretary Dominic Raab said the multi-national measures were part of "intensive diplomacy” by the U.K., the U.S., Canada and the 27-nation EU to force action amid mounting evidence of serious rights abuses against the Uyghur people.

The foreign ministry said the sanctions were "the clearest possible signal that the international community is united in its condemnation of China's human rights violations in Xinjiang."

The sanctions, the first time Brussels and London have targeted China over accusations of widespread abuses and forced labor in Xinjiang, will be imposed immediately and include travel bans and asset freezes against four officials, Raab said.

U.S. Secretary of State Antony Blinken, who is on his way to Brussels to discuss foreign policy with European Commission President Ursula von der Leyen, said in a statement the united response "sends a strong signal to those who violate or abuse international human rights, and we will take further actions in coordination with likeminded partners."

Blinken exchanged fiery barbs with Chinese officials during their first high-level talks last week, dimming the potential for a quick reset to relations between the countries that hit a nadir under Donald Trump.

Meanwhile, China snapped back immediately against the first concerted international action against Beijing since Joe Biden took office, by announcing entry bans on 10 Europeans, including five members of the European Parliament, as well as two EU bodies and two thinktanks.

"The EU sanctions against China, based on Xinjiang-related lies and false information, are inconsistent with the facts, have no legal basis and are unreasonable," the foreign ministry said after the meeting.

"China urges the European side to realise the seriousness of its mistake, correct it and stop confrontation so as to avoid causing greater damage to China-EU relations."

Reinhard Butikofer, a German legislator targeted by the sanctions, told Agence France-Presse (AFP) the response was "brazen and ridiculous".

The EU faces a delicate balancing act over relations with China, as it treats Beijing as a rival but also a potential economic partner.

Late last year Brussels sealed a major investment pact with China after seven years of negotiations. The pact will eventually need to be approved by the European parliament, but there has been growing opposition to signing off on the deal.