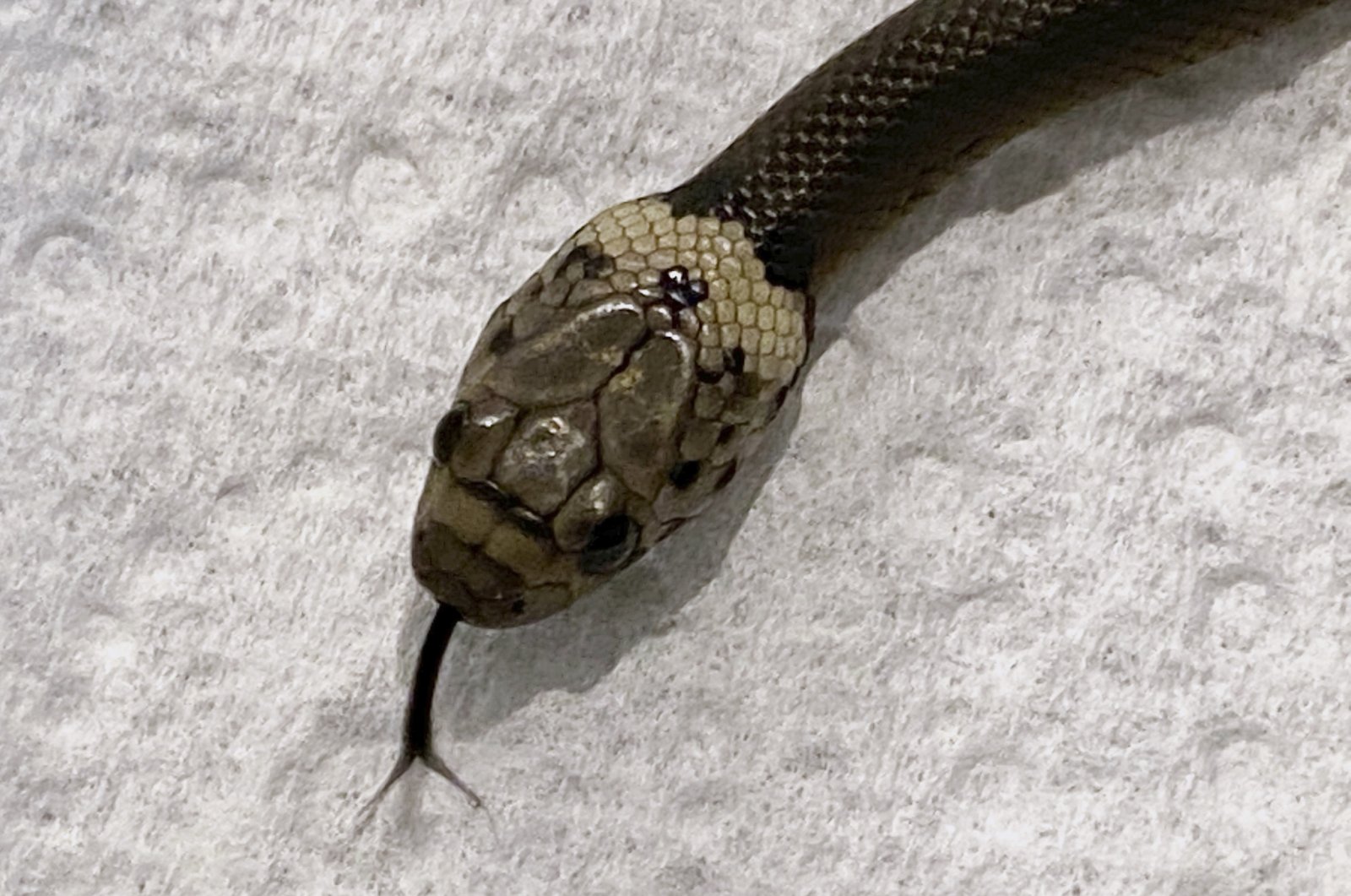 No one expects to find a snake hiding in the lettuce they bought for a salad, but this is exactly what happened to a man in Australia.

Alex White thought he was watching a huge worm writhing in a plastic-wrapped lettuce he’d just brought home from a Sydney supermarket – until a snake tongue flicked.

"I kind of completely freaked out when I saw this little tongue come out of its mouth and start flicking around and realized it was a snake because worms don’t have tongues,” White said on Thursday.

"I definitely kind of panicked a bit,” he added.

It was a venomous paled-headed snake that authorities say made an 870-kilometer (540-mile) journey to Sydney from a Toowoomba packing plant wrapped in plastic with a pair of romaine lettuces.

The refrigerated supermarket supply chain likely lulled the cold-blooded juvenile into a stupor until White bought the lettuces at an innercity ALDI supermarket on Monday evening and rode his bicycle home with salad supplies and the snake in his backpack.

White and his partner Amelia Neate spotted the snake moving as soon as the lettuces were unpacked on the kitchen table.

They also noticed the plastic wrapping was torn and that the snake could escape, so they quickly stuffed the reptile with the lettuces into a plastic food storage container.

White phoned the Wildlife Information, Rescue and Education Service (WIRES), and a snake handler took the snake away that night.

Before the handler arrived, White said WIRES had explained to him: "If you get bitten, you’ve got to go to hospital really quickly.”

ALDI is investigating how a snake could have found its way into a supermarket.

"We’ve worked with the customer and the team at WIRES to identify the snake’s natural habitat, which is certainly not an ALDI store!” the German-based supermarket chain said in a statement.

"We are working closely with our produce supplier to investigate how this incident could have possibly occurred,” ALDI said.

WIRES reptile coordinator Gary Pattinson said while the snake was less than 20 centimeters (8 inches) long, it was "as venomous as it will ever be.”

Pattinson is caring for the snake until it is returned to Queensland state next week, following the WIRES policy of returning rescued wildlife to where it comes from.

"It’s the first snake I’ve ever had in sealed, packed produce,” Pattinson said. "We get frogs in them all the time.”

Neate, a German immigrant, said her brush with a venomous snake in a Sydney kitchen was a setback in her efforts to assure relatives in Europe that Australia’s notoriously deadly Outback wildlife was nothing to worry about.

"For the last 10 years or so, I’ve told my family at home that Australia’s a really safe country,” Neate said.