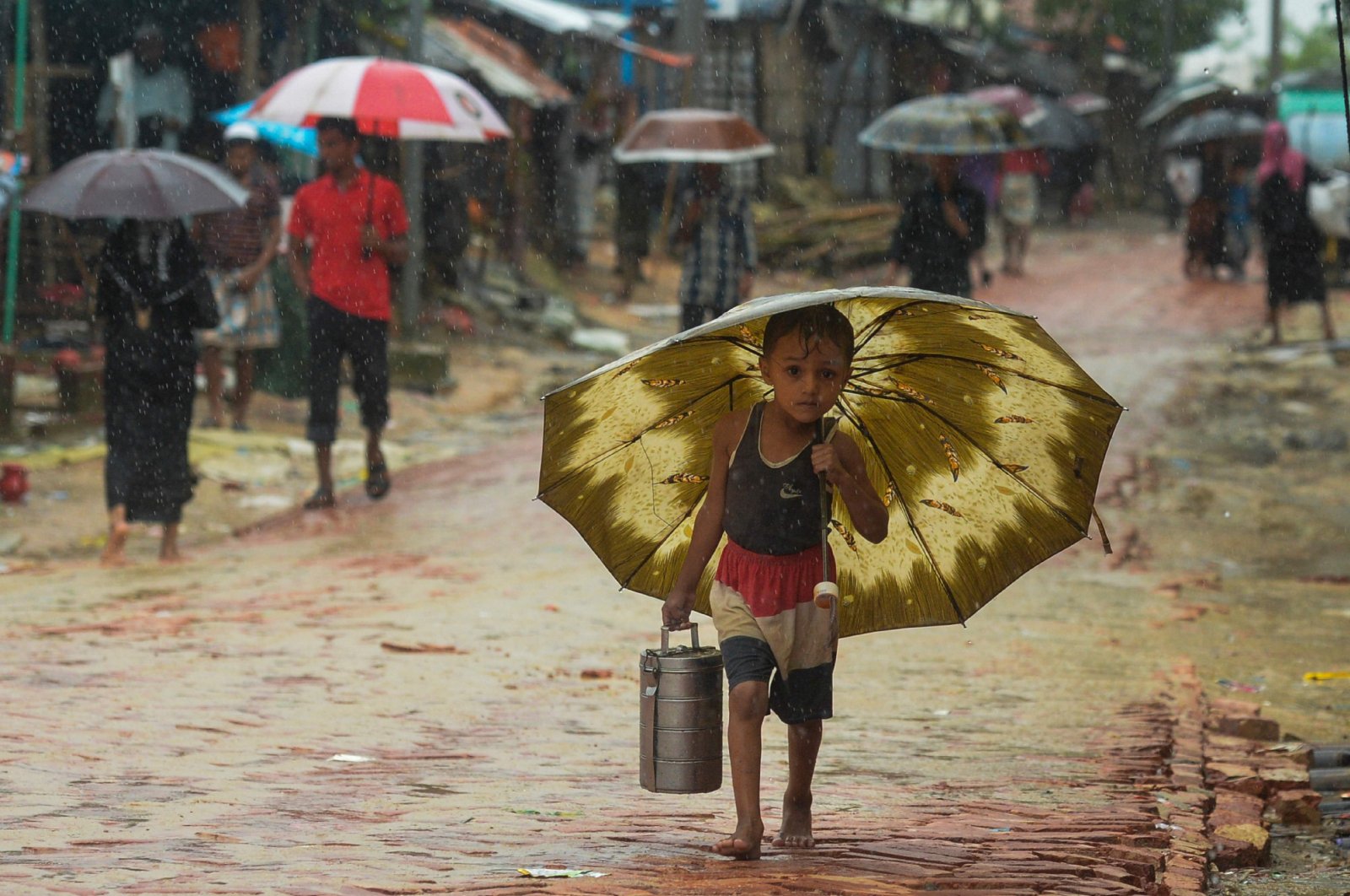 Bangladesh's Prime Minister Sheikh Hasina made a solemn plea to world leaders gathered in Paris on Thursday to "act seriously" to facilitate the safe repatriation of Rohingya refugees to Myanmar.

"The world must act seriously to make sure that these people (Rohingya) can go back to Myanmar soon," Hasina stated Thursday afternoon during the fourth edition of the Paris Peace Forum.

Her speech at the forum, which was also attended by U.S. Vice President Kamala Harris and other world leaders, was streamed live by private media outlets.

The Bangladeshi leader is currently in France on a five-day state visit.

"Security risks from the crisis will not just remain confined to our borders," she warned, referring to the delay in the peaceful and dignified repatriation of persecuted Rohingya Muslims to their country as a crisis for the entire region. "We already see signs of that," state-run Bangladesh Sangbad Sangstha news agency reported.

Over a million stateless Rohingya have been living in the squalid makeshift tents in the country's southern Cox's Bazar district for years.

According to Amnesty International, more than 750,000 Rohingya refugees, mostly women and children, fled Myanmar and crossed into Bangladesh after Myanmar military forces launched a brutal crackdown on the minority Muslim community in August 2017, pushing the number of persecuted people in Bangladesh above 1.2 million.

Earlier, she called on French President Emmanuel Macron and urged him to bring the Rohingya issue to the U.N. Security Council, where France is a permanent member.

Addressing the award ceremony, Hasina said Bangladesh will contribute to socioeconomic development and technological advancement for the betterment of the global community with its limited resources.

The main objective of the prize is to recognize and reward exceptional initiatives by an individual, institution or nongovernmental organization that has made an innovative contribution to promoting youth entrepreneurship in the creative economy.

MoTIV was selected from 69 nominations for the award, and the company will also get a cash prize of $50,000 in appreciation of its outstanding contributions to the creative economy.

The prize will be given every two years from now on, according to sources in the Bangladeshi government.