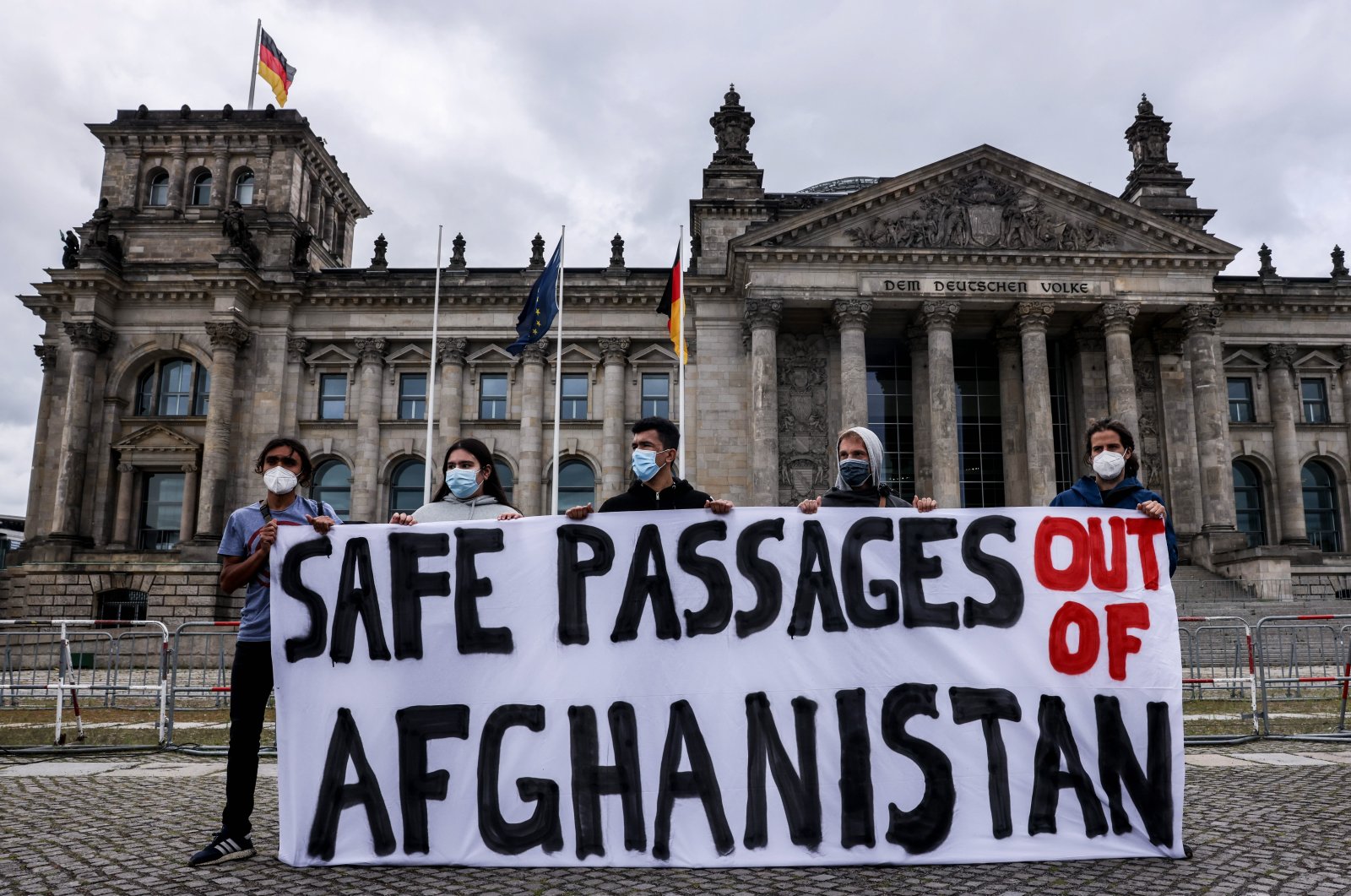 The German government came under fire Tuesday for failing to evacuate Afghan support staff before the Taliban took control of Afghanistan and a transitional government was formed.

Germany's bestselling daily, Bild, sharply criticized the government with a story titled "Germany's withdrawal from Afghanistan: Beer and wine were shipped – local staff are still staying," which blamed it for abandoning local Afghan staff who risked their lives for the Germany.

The German army shipped nearly 65,000 cans of beer and 340 bottles of wine to Germany while completing its troop pullout from Afghanistan at the end of June, the daily reported.

But hundreds of Afghan staff and family members were not granted a visa and were not evacuated promptly, although the Taliban made advances across the country.

"Those who worked for many years for Germany and risked their lives are apparently worth less than cans of beer for the federal government," the daily said in a news analysis piece.

Christoph Hoffmann, a lawmaker from the opposition Free Democratic Party, slammed Foreign Minister Heiko Maas for grave mistakes and failing to prioritize the evacuation of Afghans who worked for German ministries and agencies for many years.

"It's a shame," he told Bild, adding that the federal government "has failed to accurately assess the situation" in Afghanistan in the last couple of months.

At a parliamentary meeting in June, Hoffmann asked Maas about the government's plans to bring Afghan staff who had worked for Germany.

Maas said peace negotiations between the Afghan government and Taliban were likely to continue for some time and he rejected calls by opposition lawmakers to bring more Afghan personnel to Germany, including those who did not have a work contract with the German armed forces but worked for development agencies or other institutions.

During the televised debate, Maas said granting visas to those people and their families would have been a wrong message.

"Then we would be talking about not 2,000 people, but 20,000 people," Maas said and insisted that his government does not want to provoke new refugee flows.

Germany sent three military planes to evacuate remaining diplomatic personnel and Afghan staff Monday, but only one could land because of the chaos at Kabul Hamid Karzai International Airport. The other planes were diverted to neighboring countries.

In the past couple of weeks, Berlin has evacuated nearly 2,000 local staff from Afghanistan, according to the government. But more than 10,000 were still trying to flee, including Afghans who worked for German development agencies, nongovernmental organizations (NGOs) and media outlets, as well as human rights activists and lawyers.