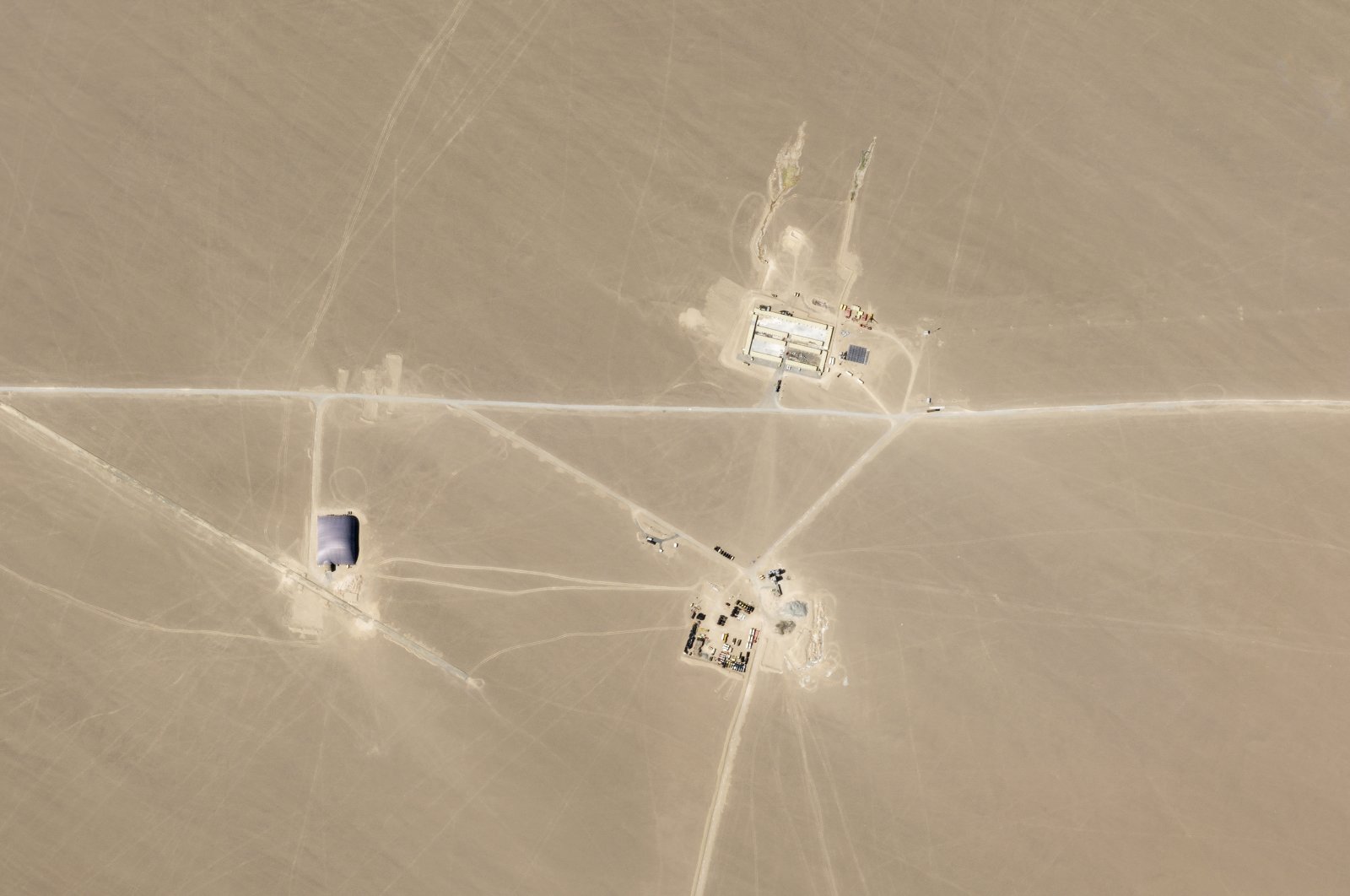 This satellite image shows what analysts believe is construction on an intercontinental ballistic missile silo near Hami, China, July 25, 2021. (Planet Labs Inc. via AP)
by ASSOCIATED PRESS
Jul 30, 2021 11:00 am

Researchers at the Federation of American Scientists estimate that China has approximately 250 underground missile silos under construction after they used satellite imagery to identify a new field being built in western China.

U.S. Strategic Command tweeted a link Wednesday to a story in The New York Times on the federation's findings published this week.

“The public has discovered what we have been saying all along about the growing threat the world faces and the veil of secrecy that surrounds it,” said Strategic Command, which oversees the U.S' nuclear arsenal.

The field in the Xinjiang region is the second one reported this summer. In June, researchers at the James Martin Center for Nonproliferation Studies in California identified another field under construction in the neighboring Gansu province.

China has not commented on the reports. Asked about the latest one, the Foreign Ministry said Friday that it was not aware of the situation.

The reports come at a time when relations between the U.S. and China have plunged to their worst level in decades. The two nations remain sharply at odds over a range of issues, including trade, technology, cybersecurity, human rights and China’s increasingly assertive foreign policy under President Xi Jinping.

The expansion of China’s nuclear force would likely factor into any U.S. calculations for potential military confrontations over flashpoints such as Taiwan or the South China Sea.

The outspoken editor of the state-owned Global Times newspaper said this week that U.S. institutions and the media are hyping the reports about the missile fields to pressure China, but that the nation shouldn't be cowed.

“Look at what American politicians are saying about China and look at the provocative actions of their warplanes and warships near China,” Hu Xijin said. "China must fully step up construction of its military force and nuclear deterrence as the cornerstone of its national security.”

Both sites are around 800 square kilometers (300 square miles). Ground-based silos can house intercontinental ballistic missiles. Spreading the silos across such a wide area makes targeting the field much more complicated. Analysts say some of the silos may serve as decoys as well.

Kuo Yu-jen, a defense studies expert at the Institute for National Policy Research in Taiwan, said it’s very difficult to get an accurate count of the underground silos of any country, but that the recently released satellite imagery looks “very, very similar” to missile silos.

He characterized the findings as a warning by the U.S. to others that China, in developing its nuclear weapon capabilities, is violating an international consensus geared toward nuclear disarmament.

“It’s also to let Russia know. China, if it increases its number of missiles, it threatens not only the U.S. but also Russia and Europe," said Kuo, the director at the Institute for National Policy Research in Taiwan.

The U.S. and Russia, who have the world's largest nuclear arsenals, held inconclusive talks this week in Geneva in a bid to avoid a new nuclear arms race.

China’s nuclear arsenal is estimated by the Stockholm International Peace Research Institute at 350 warheads, while the United States or Russia each has about 6,000. The Pentagon says China will at least double the size of its arsenal in 10 years.

The recent research follows a finding by Kristensen in February of construction of 11 underground silos at a vast missile training range near Jilantai in north-central China.