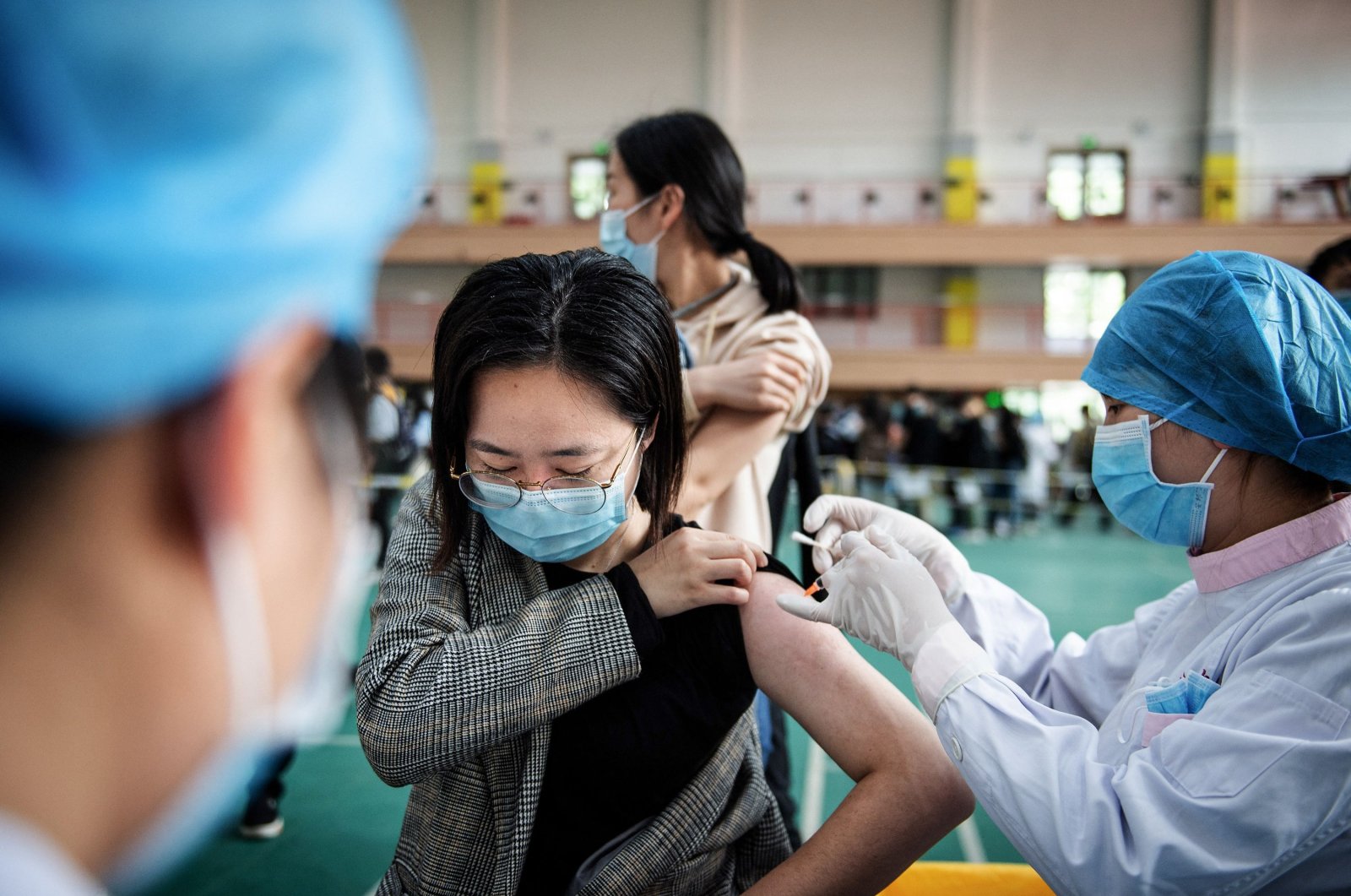 China administered its one-billionth shot in the world's biggest coronavirus inoculation drive, the country announced Sunday as Brazil's death toll hit a grim mark with the 500,000th person succumbing to the pandemic.

The global death toll from COVID-19 is now more than 3.8 million and many nations are still battling outbreaks, but vaccine drives in some countries are allowing activities that were unthinkable a few months ago.

China's vaccine milestone comes after the number of shots administered globally passed 2.5 billion on Friday, according to an Agence France-Presse (AFP) count from official sources.

But the Asian giant's vaccination efforts initially got off to a slow start after a successful fight against the virus left little sense of urgency to get jabbed.

A lack of transparency and previous vaccine scandals have also led to resistance among many residents.

Authorities have set an ambitious target of fully vaccinating 40% of China's nearly 1.4 billion people by the end of this month.

Some provinces are offering vaccines for free to encourage people to roll up their sleeves. Residents in central Anhui province have been given free eggs, while some living in Beijing have received shopping coupons.

China's success against the virus stands in stark contrast to Brazil, which on Saturday became the second nation after the United States to surpass half a million COVID-19 deaths.

Vaccination efforts have been slow with only 11% of the Brazilian population inoculated, as a third wave of infections spreads through the nation.

Far-right President Jair Bolsonaro, who previously hit out at vaccines, has promised to immunize the entire population by the end of the year – something specialists consider unlikely.

He has been criticized for downplaying the illness from the outset, opposing lockdown measures and plugging unproven medical treatments.

On Saturday, thousands of Brazilians again took to the streets to protest against his handling of the pandemic.

"His position on COVID and his denialism are absurd. He has abandoned reality and common sense," said Robert Almeida, a 50-year-old photographer marching in Rio.

"There is no explaining this, it is surreal."

'Learn to live with it'

In India, there were also fears that people were not taking the COVID-19 threat seriously enough, just a few weeks after crematoriums were operating around the clock dealing with virus victims.

Doctors are worried that India is letting its guard down again too early as shopping malls and markets buzz with customers once more.

One shopper at a New Delhi mall told AFP she was "fed up being cooped up inside."

"I needed this break, for how long you can remain locked up?" sales executive Surili Gupta, 26, said.

"The coronavirus is not going any time soon, so one has to learn to live with it."

The pandemic is also casting a shadow over the Tokyo Olympics, which will start in just over a month.

A member of the Uganda Olympic team tested positive for coronavirus on arrival in Japan Saturday, officials said.

The nine-strong party, including boxers, coaches and officials, is just the second team to arrive in Japan after the Australian women's softball squad on June 1.

It was the first positive COVID-19 test among Olympic arrivals from overseas, according to Japanese media.

"I heard the person has been isolated based on regulations," Hidemasa Nakamura, the Tokyo 2020 Games delivery officer, told reporters, renewing a pledge to take strict measures against infections.

Authorities in many countries continue to wrestle with crowds flouting coronavirus rules on social distancing and mask-wearing.

In France, five police officers were injured as they broke up a 1,500-strong illegal rave, authorities said, with one party-goer losing a hand.

Police fired tear gas to disperse the crowd, who defied an 11 p.m. coronavirus curfew on Friday in an area around a racecourse in Brittany.

There were "very violent clashes" when 400 police intervened that lasted more than seven hours through the night.