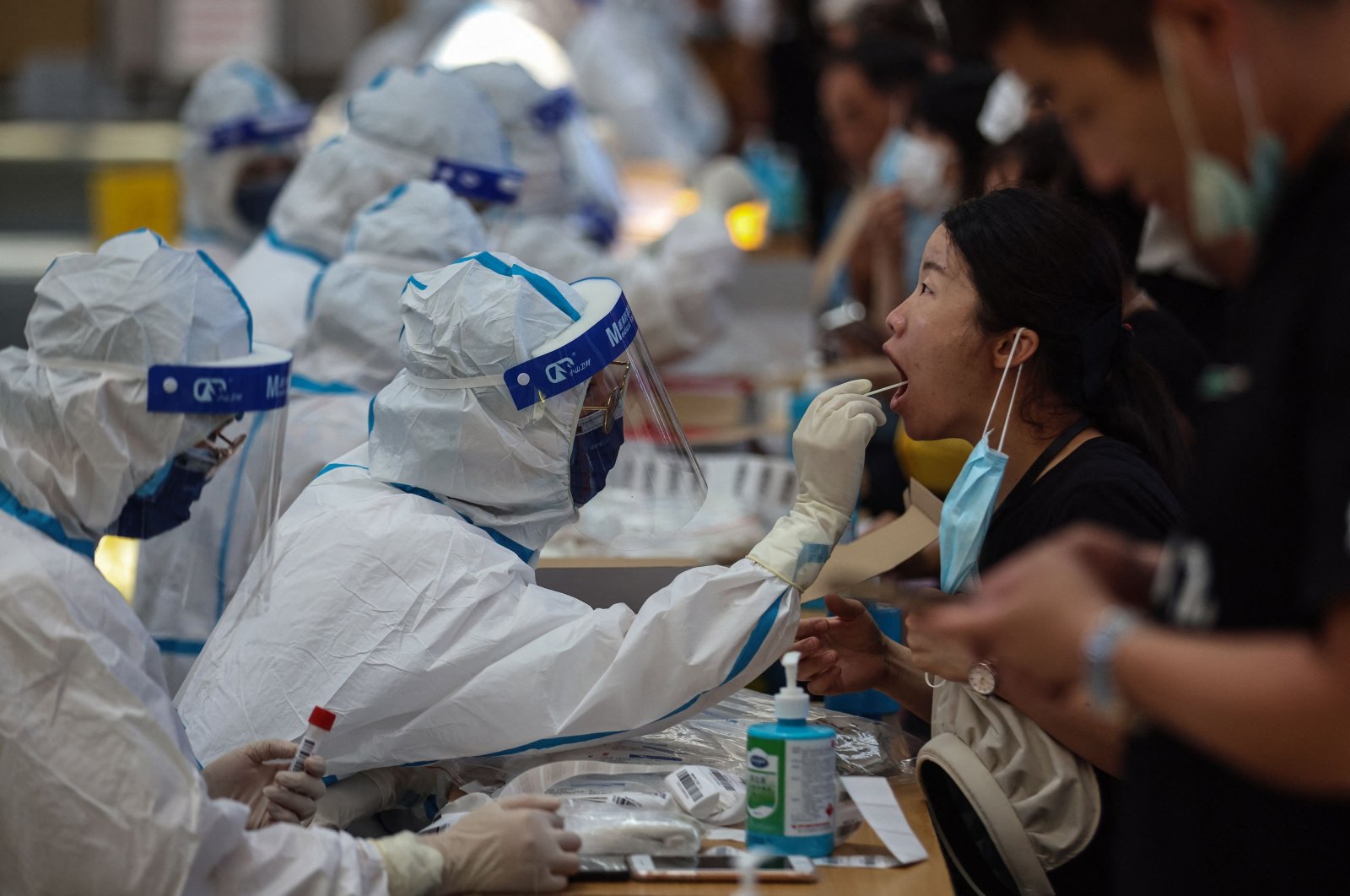 Cities in China rolled out testing en masse to millions and put new travel restrictions in place as health authorities battled Sunday to contain the country's most widespread coronavirus outbreak in months.

China on Sunday reported 75 new coronavirus cases with 53 local transmissions, with a cluster linked to an eastern airport now reported to have spread to over 20 cities and more than a dozen provinces.

The outbreak is geographically the largest to hit China in several months after the country's successes in largely snuffing out the pandemic within its borders last year.

That record has been thrown into jeopardy after the fast-spreading delta variant broke out at Nanjing airport in eastern Jiangsu province in July.

Authorities have now conducted three rounds of testing on the city's 9.2 million residents and placed hundreds of thousands under lockdown, in an effort to curb an outbreak Beijing has blamed on the highly contagious delta variant and the peak tourist season.

They are also scrambling to track more than 5,000 people nationwide who attended a theater festival in Zhangjiajie, a tourist city in Hunan province that has locked down all 1.5 million residents and shut all tourist attractions after four visitors tested positive.

Health officials say the mini-outbreak in Zhangjiajie was sparked by travelers from Nanjing and has helped spread the disease to more than 20 cities.

"We must cast the net wider when tracing close contacts of the delta variant."

Beijing Sunday reported three locally transmitted infections – a family living on the outskirts of the Chinese capital that had returned from Zhangjiajie, the local health bureau said.

Beijing has cut all rail, bus and air links with areas where coronavirus cases have been found.

The Chinese capital has also closed its doors to tourists during the peak summer holiday travel season and is only allowing "essential travelers" with a negative nucleic acid test to enter.

Fresh cases were also reported Sunday on Hainan island – another popular tourist destination – as well as the Ningxia and Shandong provinces, authorities said.

The country is also battling a separate rise in cases in the flood-ravaged city of Zhengzhou in Henan province after two cleaners at a hospital treating coronavirus patients coming from abroad tested positive.

Thirty locally transmitted cases have been detected, with authorities Sunday ordering tests of all 10 million residents. The head of the city's health commission has also been sacked.

And after reports that some people sickened in the latest cluster were vaccinated, health officials have said this was "normal" and stressed the importance of vaccination alongside strict measures.

More than 1.65 billion vaccine doses have so far been administered nationwide as of Saturday, Beijing's National Health Commission (NHC) said. It does not provide figures on how many people have been fully vaccinated.