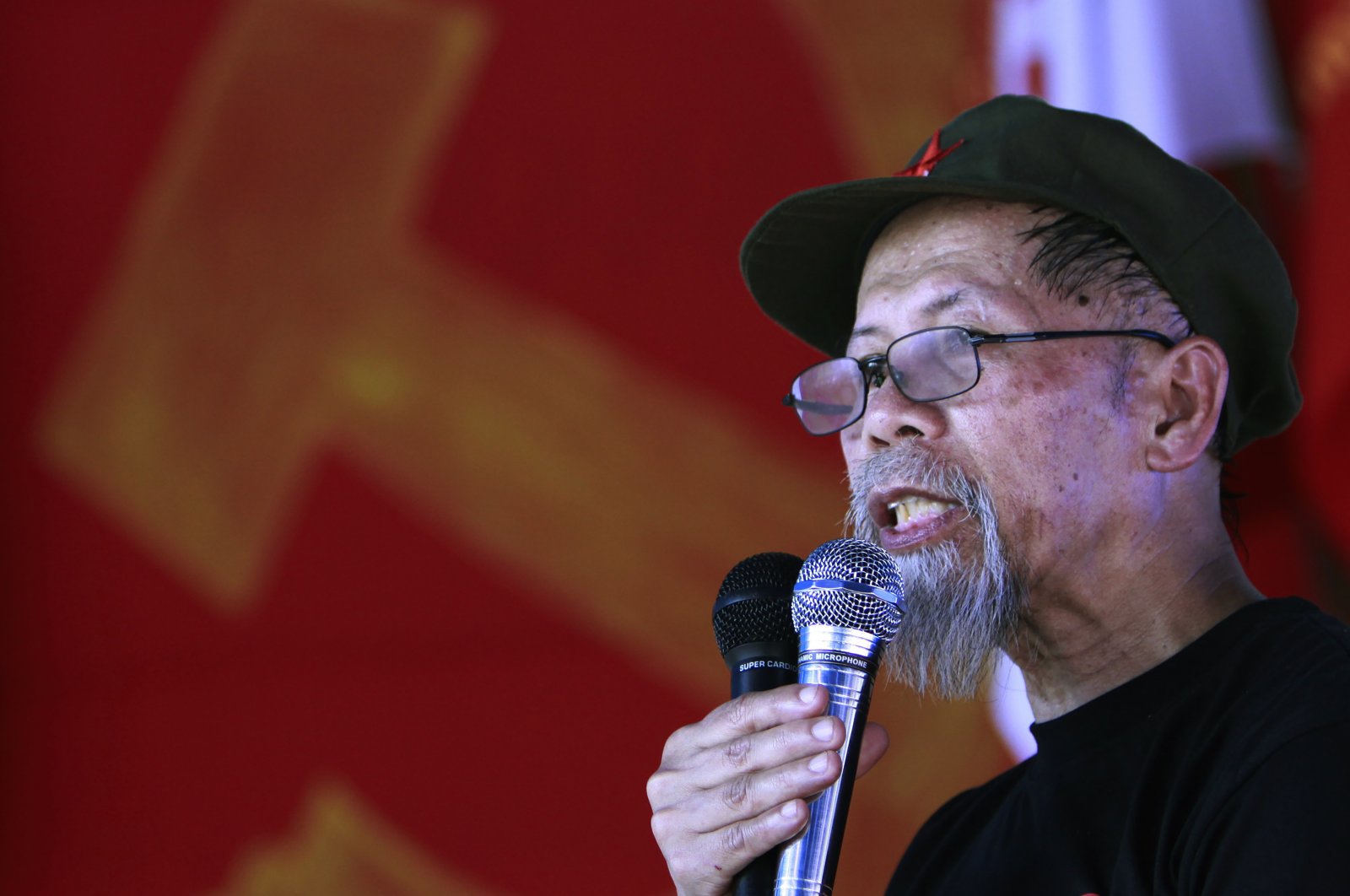 Communist rebel Jorge Madlos delivers a speech during the celebration of the 42nd anniversary of the Communist Party of the Philippines, Dec. 26, 2010, at Mt. Diwata in the southern Philippines. (AP File Photo)
by Associated Press Nov 01, 2021 6:21 pm
RECOMMENDED

The Phillipines Defense Ministry Monday announced the killing of key communist rebel commander Jorge Madlos, a leading figure in one of Asia's longest-running insurgencies, in a military operation in the country's remote south described by Philippine forces as a raid and by guerilla leaders as an ambush.

Madlos, who used the nom de guerre Ka Oris, was for many decades a leading figure and spokesperson for the communist fighters in the southern Philippines' mountainous hinterlands.

Regional military commander Maj. Gen. Romeo Brawner said villagers tipped off the military about the presence of about 30 rebels, who were holding discussions with residents in a remote village near Impasug-ong town. Fighter planes were deployed to fire rockets at the rebel position, which the military said was protected by land mines, before a ground assault was ordered.

After a gun battle that lasted less than an hour, troops found the bodies of Madlos, 72, and his medical aide, their assault rifles and ammunition, Brawner said.

“Justice has been served for those innocent civilians and their communities he terrorized for several decades,” Brawner told reporters.

The guerrillas, however, said in a statement on a website linked to the group that the long-ailing Madlos was traveling with a rebel medic on a motorcycle to get medical treatment when government forces gunned them down. The rebels said both Madlos and his companion were unarmed and that no military airstrike or gun battle took place.

Military commanders have blamed Madlos and his forces for years of deadly assaults against security forces, as well as attacks on mining companies and pineapple and other agricultural plantations to extort money, or what the guerrillas call “revolutionary taxes,” from local and foreign-owned businesses.

Madlos was blamed by the military for helping to plot a 2011 attack by more than 200 guerrillas on three nickel mining complexes in southern Surigao del Norte province in which the rebels ransacked the site after disarming guards and holding several employees at gunpoint. One of the companies that came under attack, the country’s biggest nickel producer partly owned by Japan’s Sumitomo Corp., was forced to temporarily halt operations following the raid.

Madlos was a student activist who quit university and went underground after then-Philippine dictator Ferdinand Marcos declared martial law in 1972. Distinguished by his trademark Mao-style cap, goatee and folksy manners, Madlos stuck it out with the insurgency even after falling ill more than a decade ago. In an interview with The Associated Press (AP) in 2010 from a rebel mountain camp in the south, he said that only one thing could make him leave his comrades.

“Our retirement comes in death,” Madlos said then.

The military says about 3,500 to 4,000 communist fighters remain despite years of rebel setbacks, surrenders and factionalism. Peace talks brokered by Norway collapsed between President Rodrigo Duterte’s administration and the guerrillas after both sides accused each other of renewed deadly attacks.