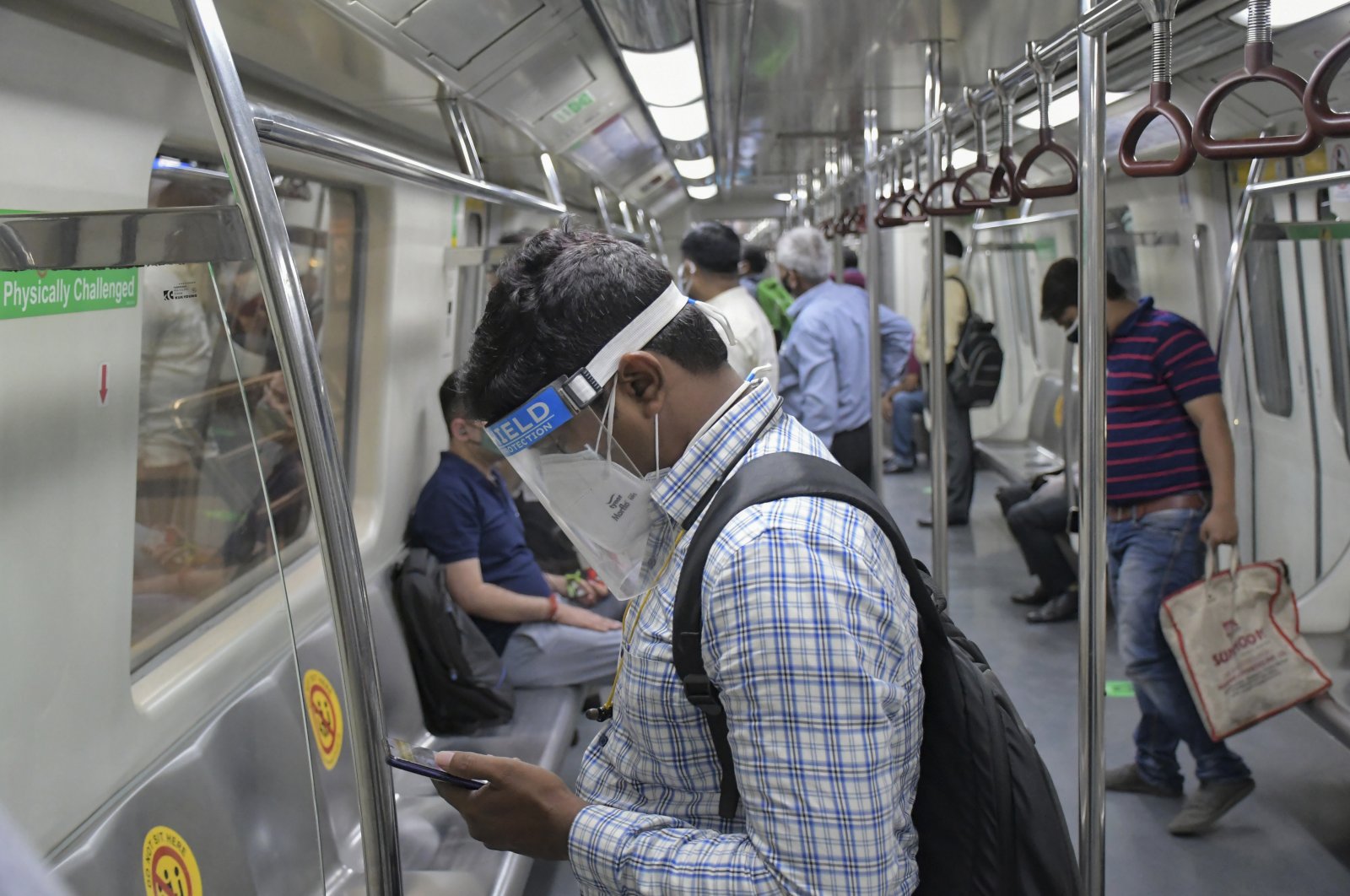 India's capital New Delhi and financial hub Mumbai began a gradual easing of restrictions Monday as the coronavirus infections in the country fell to a two-month low.

Hospitals in the megacities – which have a combined population of some 40 million – were overwhelmed by a deadly COVID-19 wave in April and May, with severe shortages of oxygen and other critical medicines.

The huge spike saw India report record-breaking numbers of cases and deaths to become the second worst-hit nation after the United States with just under 29 million infections. Authorities in Delhi and Mumbai, as well as other cities and states, imposed restrictions on movement and activities to combat the surge.

"We have to stay safe from (the) coronavirus infection and also bring the economy back on track," Delhi Chief Minister Arvind Kejriwal tweeted Monday as some shops and malls reopened.

Delhi Metro services were allowed to operate at 50% capacity. The northern city was reporting an average of 25,000 daily cases during its peak. It fell to 381 infections Sunday, officials said.

Maharashtra, India's richest state of which Mumbai is the capital, eased restrictions based on infection rates and hospital bed occupancy. In Mumbai – where the caseload soared to 11,163 in early April – there were just 794 new infections Sunday.

Malls were allowed to reopen in the city with restrictions but were reopened fully in cities with lower infection rates such as Nagpur and Aurangabad. "This is a step in the right direction," said Rajendra Kalkar of Phoenix Mills, which manages three shopping centers in Maharashtra. "Businesses at our malls are coming back slowly. This is a very welcome step for thousands of mall staff and retail employees."

The Hotel and Restaurant Association of Western India estimated that more than 2 million jobs were lost during the Maharashtra lockdown.

"We are very happy to open our doors again today," the restaurant manager of the Mumbai branch of popular eatery Social, who gave his name as Malay, told Agence France-Presse (AFP). Experts warn that while the crisis has eased in Delhi, Mumbai and other major cities, the disease is still spreading in rural areas and some southern states.

The death toll – which usually lags infection figures by several weeks – was still at elevated levels, they added. India Monday reported just over 100,000 fresh infections – after several days of 400,000-plus cases in May – and nearly 2,500 deaths.

The health ministry said total deaths were just under 347,000 so far, although experts warn the actual toll could be much higher and there have been claims of undercounting.