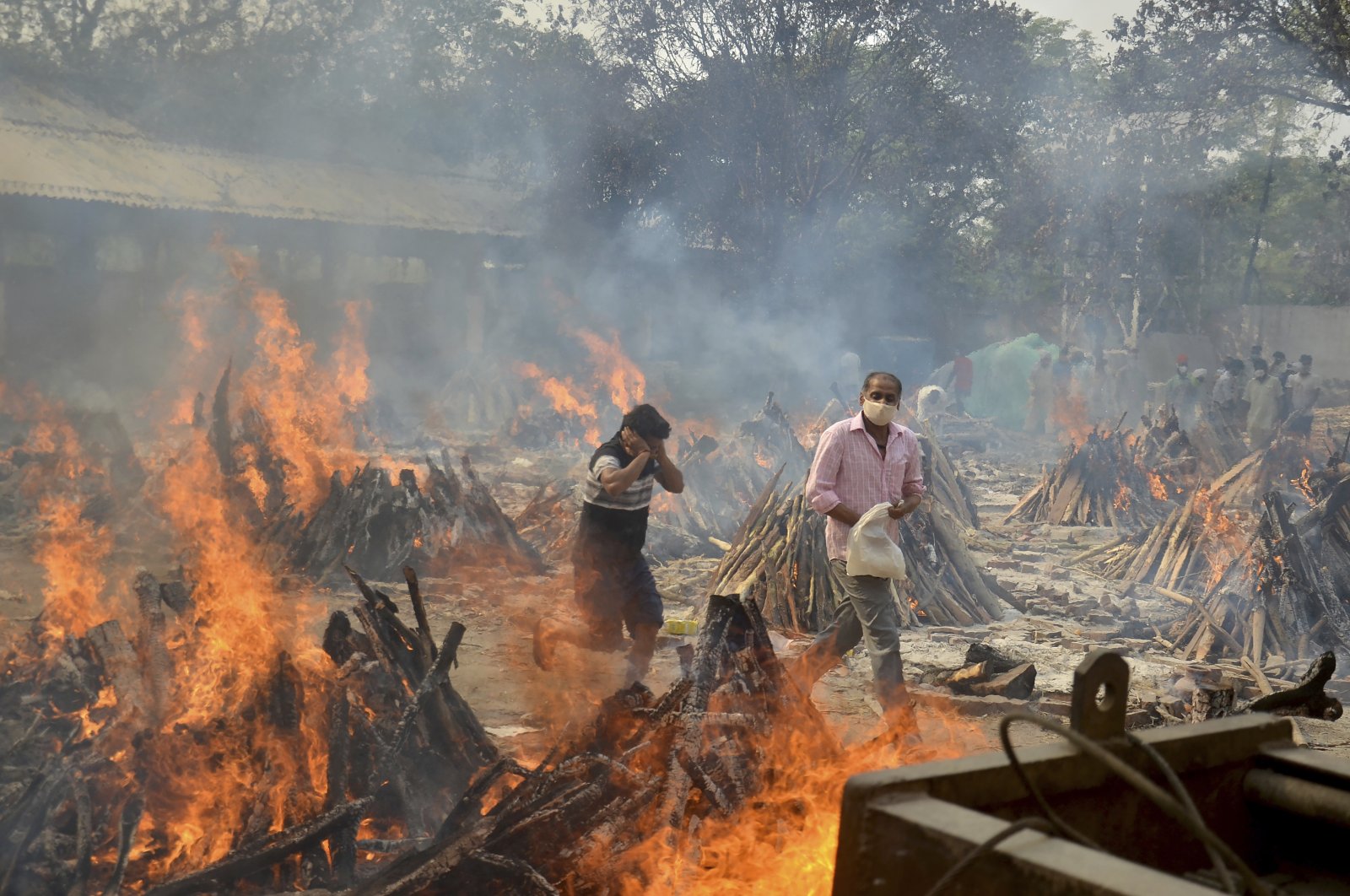 Foreign medical aid continues to pour in as New Delhi announced the nation had 3,689 coronavirus disease deaths, while Brasilia remains challenged by its number of new infections

More medical aid from foreign countries arrived in India on Sunday as New Delhi struggled to contain one of the world’s worst coronavirus outbreaks with daily deaths reaching new records.

India is setting almost daily records for new infections and deaths as the virus crisis engulfs overstretched hospitals in cities and spreads into rural regions.

Just under 400,000 infections were added, bringing the total number of cases past 19.5 million.

Surges in Brazil and Canada also highlighted the persistent threat of the pandemic, with the global COVID-19 death toll approaching 3.2 million even as many nations ramp up their vaccination drives.

India expanded its vaccination program to all adults on Saturday, but many of its states are struggling with shortages despite an export freeze for shots produced in the country.

Long queues were seen at vaccination centers in cities across India on the weekend, with people desperate to be inoculated against a disease that has overwhelmed the country's health care system and even crematoriums and graveyards.

"We are here early in the morning to get vaccinated ... I left my three-year-old at home to get vaccinated," said Megha Srivastava, 35, at a private vaccination center in the capital New Delhi.

"It is a necessity now. We are seeing so many people testing positive."

Social media platforms have been flooded with desperate pleas from people looking for oxygen cylinders, medicines and hospital beds as the COVID-19 wave causes widespread shortages.

Aid from France reached India on Sunday, including eight oxygen generator plants and 28 ventilators, adding to the 120 ventilators from Germany that arrived on Saturday.

New Delhi, one of the hardest-hit parts of the country, extended its lockdown by a week on Saturday.

Anthony Fauci, the top U.S. pandemic advisor, said in comments published Saturday that India should go into lockdown to fight this wave.

Known global infections have exceeded 150 million, and fresh waves have also shaken many countries in the Americas.

Brazil, the worst-hit Latin American nation, has crossed 400,000 COVID-19 deaths, second only to the U.S., with many of its hospitals pushed to the brink of collapse.

And in Canada, the epicenter is in the most populous province Ontario, where the surge has been so intense that the government sent in the military and the Red Cross to help care for critical patients.

Many health professionals and caregivers are also frustrated with citizens who have not followed precautions.

"I think we all feel we have been let down a little bit by society," said physician Jamie Spiegelman.

Canada's vaccine rollout has also stumbled because of supply issues, unlike its southern neighbor the U.S., which has given at least one dose to more than half its adult population.

But concerns are growing there too about the inoculation program hitting a wall – the people most eager to get their shots have already done so.

Despite the COVID-19 threat being in sharp focus because of the outbreaks in Brazil and India, populations in many parts of the world are growing weary of virus measures.

In Belgium, currently in a second national lockdown, police fired a water cannon and tear gas on Saturday as they cleared a crowd of several hundred such protesters at a park in Brussels. There were 15 arrests and two police officers were hurt.

A protest in Helsinki drew around 300 participants and resulted in about 50 arrests, Finnish police said.

Stockholm saw between 500 and 600 people march against the curbs.

And despite the worrying spike in Canada, tens of thousands of people marched in Montreal against virus restrictions.

Some demonstrators were arrested at the start of the march, according to an AFP journalist, with signs in the crowd expressing opposition to face masks and curfews.