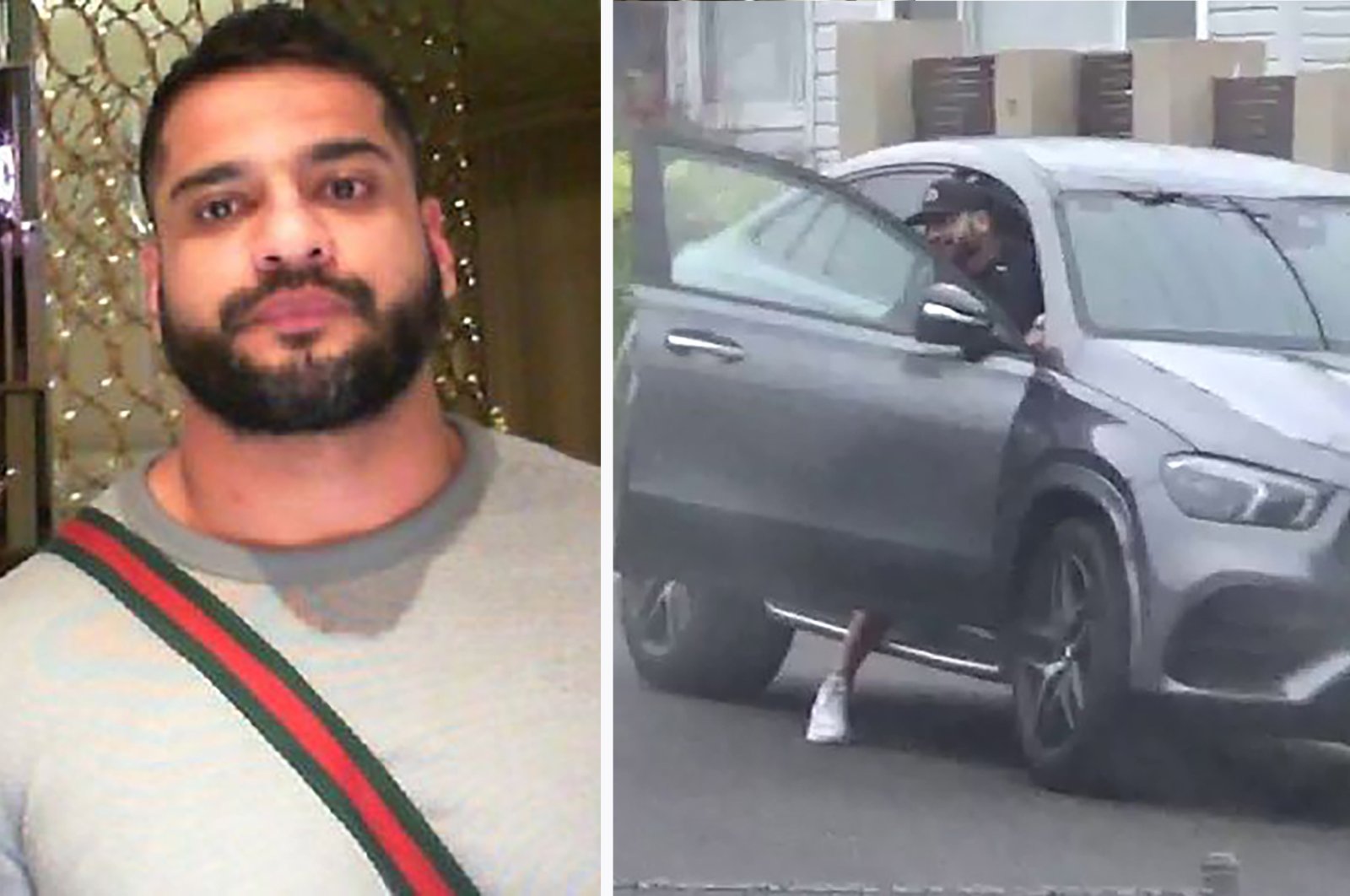 A handout combination photo made available by the New South Wales Police force shows drug lord Mostafa Baluch, 33, who was wanted in relation to breach of bail, and his hiding place, Australia, Nov. 10, 2021. (EPA/NSW POLICE)
by German Press Agency - DPA Nov 10, 2021 9:59 am
RECOMMENDED

A drug lord on the run has been found by Australian police in a shipping container travelling from New South Wales (NSW) to Queensland. He had been a fugitive from the law since Oct. 25.

Queensland Police apprehended Mostafa Baluch, 33, when they searched the container holding a Mercedes Benz as it crossed the border from NSW in the early hours of Wednesday and arrested him.

A police officer checking trucks coming across the border "noticed some suspicious items, the container wasn't properly locked ... there was a knock on the side of the truck and he knocked back. He was a bit shocked when we found him," Rob Critchlow of the NSW Police told reporters on Wednesday.

"We suspect that the person ... thought it was a drop off point – that he was being signaled that it is safe ... he didn't realize it was a constable," Critchlow added.

He said that the 33-year-old was planning to cross into Queensland and then flee overseas, saying he was "desperate to leave Australia."

Mostafa, who had been charged over his alleged involvement in a plan to import 900 kilograms (1,984 pounds) of cocaine, had been on the run since removing his ankle monitor shortly after getting bail, police said. The war against drugs, in Australia and elsewhere, is a difficult process with few steps forward but many steps back.

His escape sparked "probably one of the largest fugitive hunts in the country," NSW Police Assistant Commissioner Stuart Smith told journalists. This is not the only manhunt that taken place in Queensland in recent years, as police in the province once sought the elusive strawberry saboteurs.

NSW Police said it would apply for Baluch's extradition.

The 46-year-old man who was driving the truck was also arrested and charged with doing an act intending to pervert the course of justice.