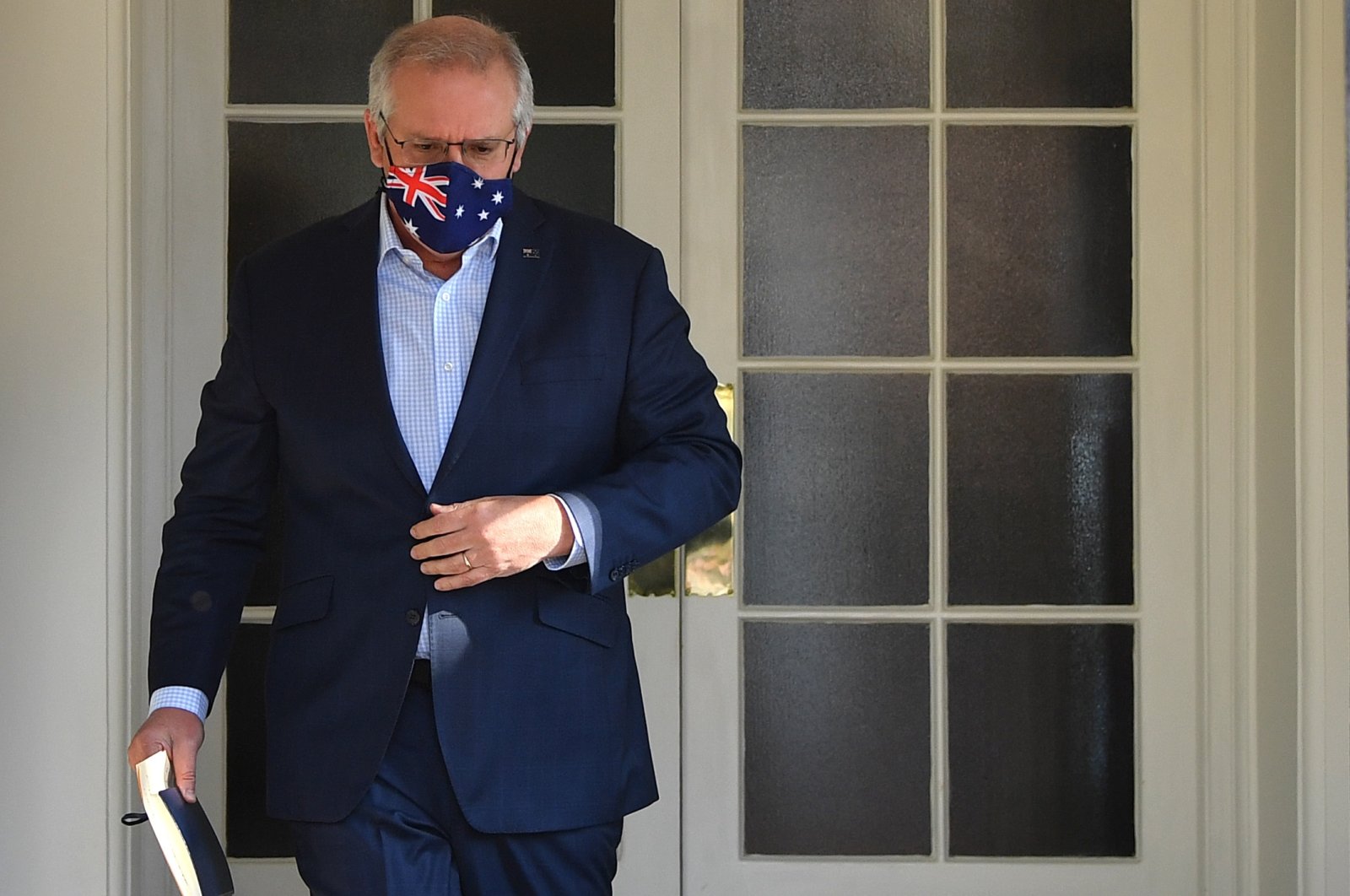 Diplomatic confrontation and accusation are heightening tensions between France and Australia over the canceled submarine deal. Canberra says the French knew of dissatisfaction and demands not being met by the French side

Australia rejected on Sunday France's accusations Canberra lied about plans over the contract cancellation for a submarine fleet, saying that France knew of 'deep and grave concerns' from months ago.

France accused Australia of concealing its intentions to back out of the 90 billion Australian dollar ($66 billion) contract for French majority state-owned Naval Group to build 12 conventional diesel-electric submarines.

President Joe Biden revealed last week a new alliance including Australia and Britain that would deliver an Australian fleet of at least eight nuclear-powered submarines.

Morrison blamed the switch on a deteriorating strategic environment in the Indo-Pacific. He has not specifically referred to China’s massive military buildup, which has gained pace in recent years.

"The capability that the Attack class submarines were going to provide was not what Australia needed to protect our sovereign interests,” Morrison said.

"They would have had every reason to know that we have deep and grave concerns that the capability being delivered by the Attack class submarine was not going to meet our strategic interests and we have made very clear that we would be making a decision based on our strategic national interest,” he added, referring to the French government.

France responded to the contract cancellation, which Morrison has said will cost his government at least AU$2.4 billion ($1.7 billion), by recalling its ambassadors from Australia and the United States. French Foreign Minister Jean-Yves Le Drian on Saturday denounced what he called the "duplicity, disdain and lies” surrounding the sudden end of the contract and said France was now questioning the strength of the alliance.

He described the withdrawal of the ambassadors for the first time in the history of relations with the countries as a "very symbolic" act that aimed "to show how unhappy we are and that there is a serious crisis between us."

Australia has also shrugged off Chinese anger over its decision to acquire the nuclear-powered submarines, while vowing to defend the rule of law in airspace and waters where Beijing has staked hotly contested claims. Beijing described the new alliance as an "extremely irresponsible" threat to regional stability, questioning Australia's commitment to nuclear non-proliferation and warning the Western allies that they risked "shooting themselves in the foot."

France won the contract in 2016 over offers from Germany and Japan. The Shortfin Barracuda was to be a nuclear submarine design adapted to be powered by diesel on the surface and battery underwater.

Japan was particularly disappointed because then-Prime Minister Tony Abbott had promised the close defense ally the contract before he was deposed by his own party in 2015.

The government has talked down media reports of friction between the partners in the French submarine project and delays on the original delivery date of 2027.

There have been concerns of a defense capability gap emerging that the aging Australia-made Collins class conventional submarines could not fill.

Australia’s first nuclear submarines are not expected to be delivered until close to 2040.

As Australia went on the offensive over the decision Sunday, Defence Minister Peter Dutton insisted Canberra had been "upfront, open and honest" with Paris about its concerns over the deal.

Australian Finance Minister Simon Birmingham said his country had informed the French government "at the earliest available opportunity, before it became public."

"We don't underestimate the importance now of ... ensuring that we re-establish those strong ties with the French government and counterparts long into the future," he added. "Because their ongoing engagement in this region is important."

Dutton said his government was prepared to lease nuclear submarines from the United States while Australia’s fleet was being built.

Dutton and Foreign Minister Marise Payne are in the United States for annual meetings with their U.S. counterparts and their first with the Biden administration.

Morrison flies to the United States on Monday for a meeting with Biden and the leaders of India and Japan that make up the Quad security forum.