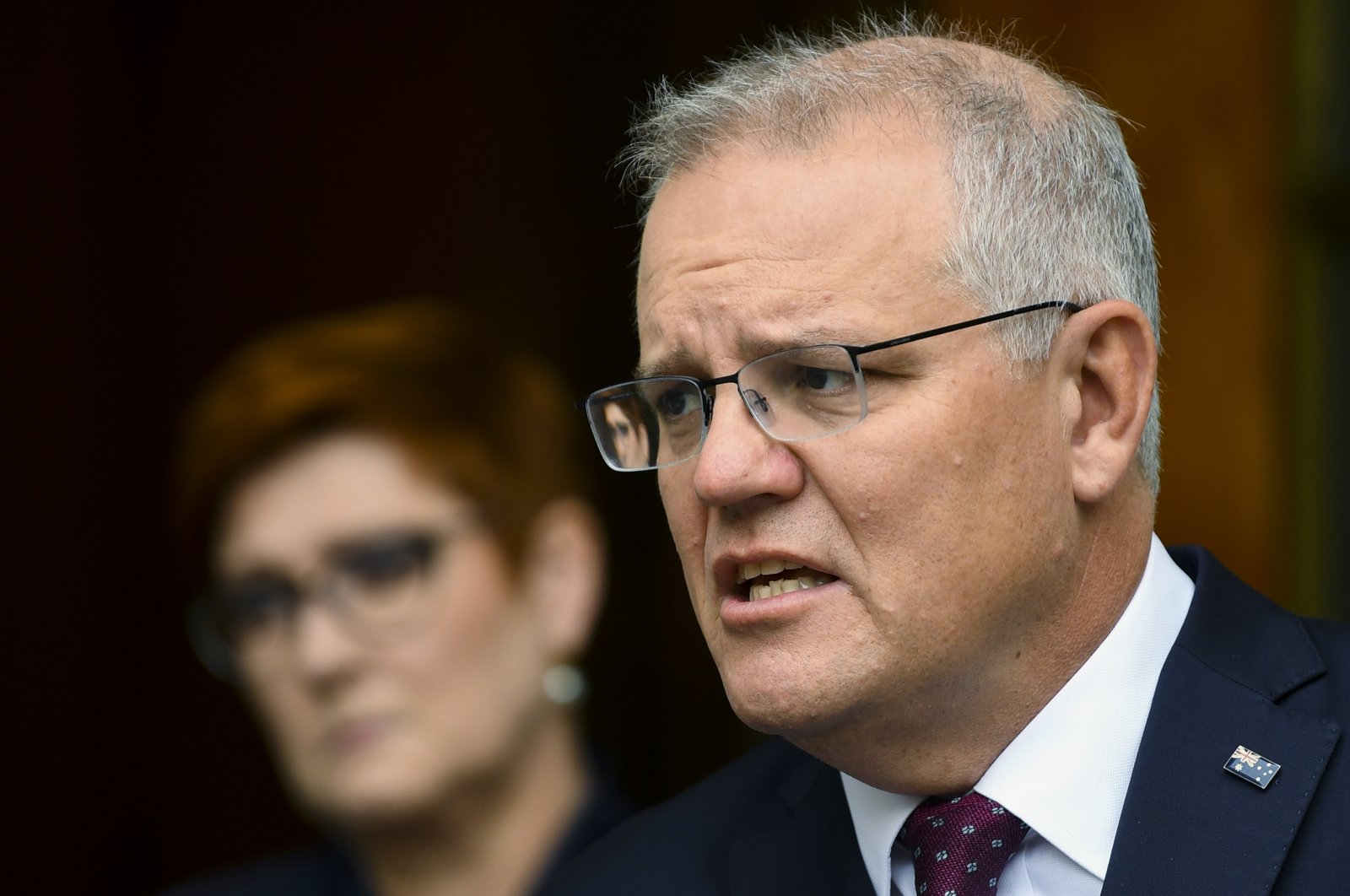 Australian Prime Minister Scott Morrison said Thursday that laws exempting judges and politicians from sexual harassment lawsuits would be abolished as the government faces a torrent of growing criticism over several allegations of abuse of female parliamentary workers.

Under broad changes aimed at empowering complainants in workplace gender-related disputes, employers will be required to take a proactive approach to stopping gender discrimination, while complainants get a longer period of time to lodge complaints, Morrison said.

Morrison said on Thursday he would adopt all 55 of the commissioner's recommendations which include a blanket ban on workplace gender discrimination, mandatory training of company directors and reporting by listed companies, as well as improved coordination between complaint-handling agencies.

"Sexual harassment is unacceptable," Morrison told reporters in the capital, Canberra. "It's not only immoral and despicable and even criminal ... it denies Australians, especially women, not just their personal security but their economic security by not being safe at work."

Public servants like judges and politicians are currently exempt from complaints about workplace gender discrimination, as are some employers of volunteers, because of a legal loophole which means they are technically not the complainant's employer.

The government has been battling suspicion it has mishandled instances of sexual harassment and assault after a female former staffer of Morrison's government went public in February with an allegation that she was raped in a ministerial office in 2019.

In March, the then attorney general said he was the subject of an unrelated historical rape allegation in 1988, which he has strongly denied.

Morrison's handling of the issue of harassment has been widely criticised and polls show his personal approval at its lowest level since before the pandemic. A recent protest outside parliament about gender discrimination and violence drew tens of thousands of people.

Zali Steggall, an independent member of parliament who has advocated for reform of sexual harassment laws, said the changes were a win for people who attended the protest, and called on Morrison to introduce the legislative changes when parliament returned next month.

"Definitely, it is the prime minister and the government recognising that they have to move on this, they have to act," Steggall told Reuters by telephone. "I don't want to see this as being just another announcement and a delay in legislating what needs to be done."

Until this year, most polls had suggested that Morrison's conservative coalition would be returned to office at the next general election, due within a year, after its tough COVID-19 response all but eradicated the virus in the country.