India begins deporting Rohingyas in Jammu after detaining over 150 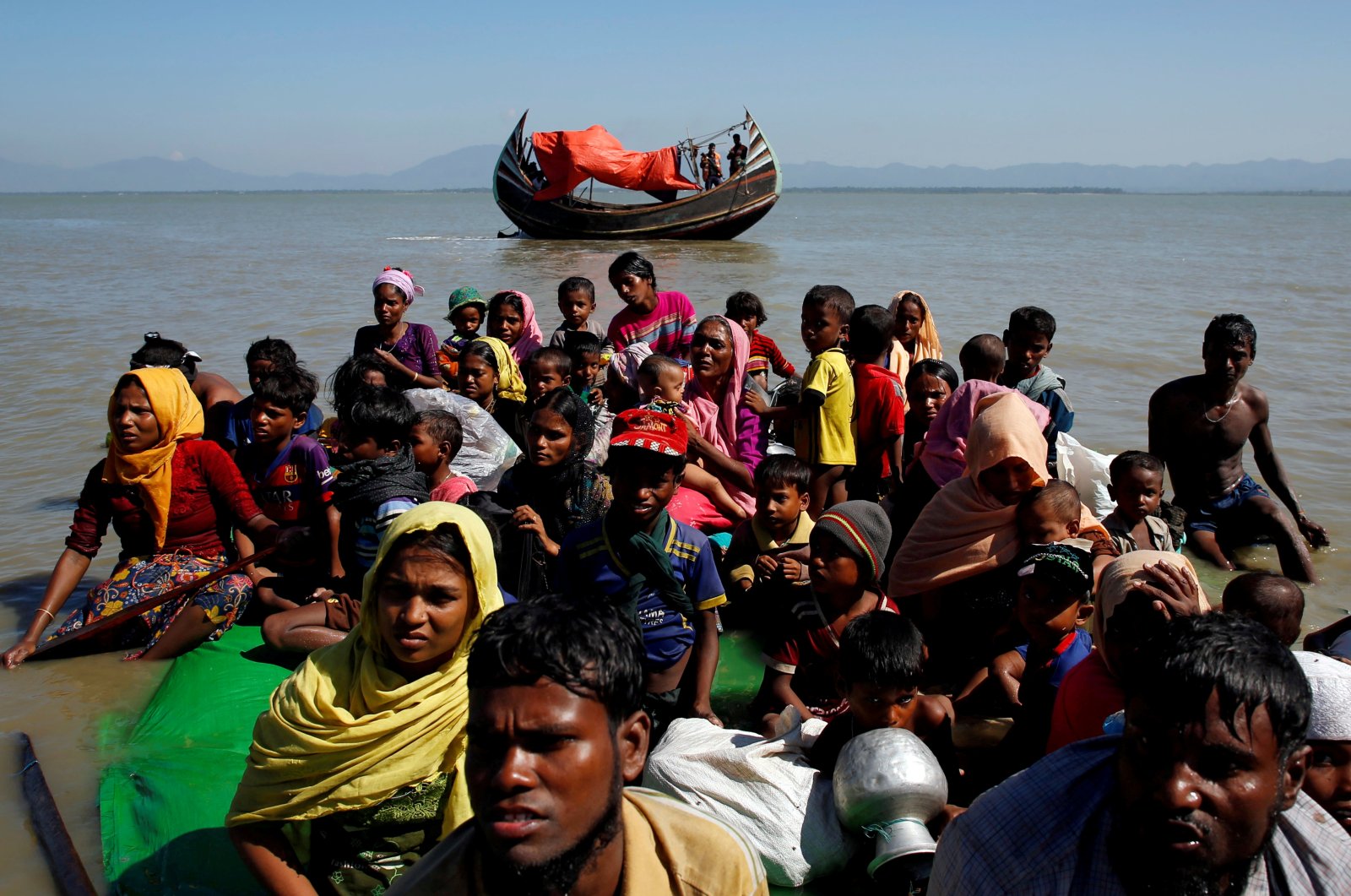 Rohingya refugees sit on a makeshift boat as they get interrogated by the Bangladeshi Border Guard after crossing the Bangladesh-Myanmar border, at Shah Porir Dwip near Cox's Bazar, Bangladesh, Nov. 9, 2017. (Reuters File Photo)
by REUTERS Mar 07, 2021 6:13 pm
RECOMMENDED

Indian police have detained more than 150 Rohingya refugees found living illegally in the northern region of Jammu and Kashmir and a process has begun to deport them back to Myanmar, two officials said Sunday.

Dozens of Rohingya are in a makeshift "holding centre" at Jammu's Hira Nagar jail after local authorities conducted biometric and other tests on hundreds of people to verify their identities.

"The drive is part of an exercise to trace foreigners living in Jammu without valid documents," said one of the two officials, who declined to be named as they are not authorized to speak to the media.

"We have started the process of deportation of these refugees," the official added.

The Hindu nationalist government regards the Rohingya, who are Muslim, as illegal aliens and a security risk, and has ordered they be identified and repatriated.

Hundreds of thousands of Rohingya were forced to flee their Buddhist-majority homeland after a crackdown by Myanmar's military in 2017. Most are in ramshackle camps on the border with Bangladesh.

Myanmar denies accusations of genocide and says the army was fighting a legitimate counter-insurgency campaign.

Rohingyas living in Jammu said they were concerned about the weekend's detentions and the threat of deportation.

"We will go back when peace returns to our country," said Sufeera, 28, who said her uncle and brother had been sent to the holding center, leaving her alone with her children.

Another refugee, 48-year-old Sadiq, said members of his family had also been detained.

"We have been told that we will be deported," he said. "They took mother and father ... Who will take care of them?."

India rejects a United Nations position that deporting the Rohingya violates the principle of refoulement – sending refugees back to a place where they face danger.

Rohingyas staying in India have said conditions are not conducive for them to return to Myanmar after fleeing violence and persecution over the years.