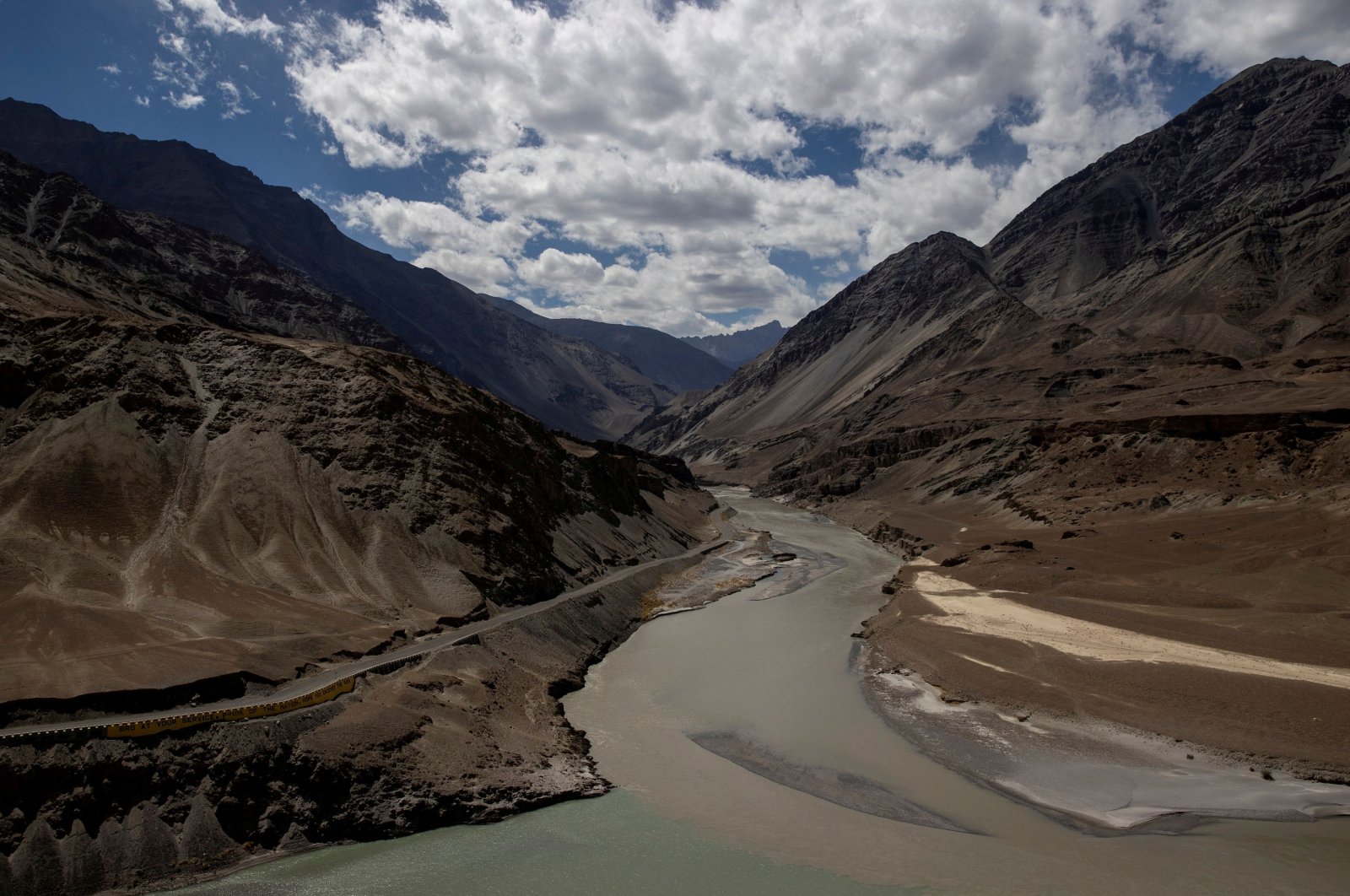 A highway being built by the Border Roads Organisation (BRO) passes by the confluence of the Indus and Zanskhar rivers in the Ladakh region, India, Sept. 17, 2020. (Reuters)
by Reuters Mar 23, 2021 1:26 pm
RECOMMENDED

India and Pakistan are to hold the first meeting in three years on Tuesday of a commission on water rights from the Indus River in a further sign of rapprochement in relations frozen since 2019 during disputes over Kashmir.

The Permanent Indus Commission, set up in 1960, will meet for two days in New Delhi, according to two Indian officials involved with water issues and Pakistan's foreign ministry.

The Indus River, one of the world's largest, and its tributaries feed 80% of Pakistan's irrigated agriculture.

The talks are the latest in both nations' tentative efforts to reengage after a 2019 suicide bomb in Indian Kashmir that New Delhi blamed on Pakistan-based guerrillas and India's move later that year to strip Kashmir's constitutional autonomy.

Both nations are now focused on coping with unprecedented economic downturns due to the global COVID-19 pandemic.

Bloomberg news agency and Foreign Policy magazine have reported that the United Arab Emirates (UAE), with whom both India and Pakistan have close ties, may have played a role in secret efforts to achieve detente.

Last month, India and Pakistan announced a rare agreement to stop firing on the bitterly-contested Kashmir border, which Bloomberg said was also the result of UAE-brokered talks.

There was no immediate comment from India, Pakistan or the UAE to the Bloomberg report out on Monday.

At the water-sharing talks, both sides are expected to try and narrow differences over the hydro-projects, Indian officials said.

One of the Indian officials, who asked to remain unidentified, said the Pakal Dul and Lower Kalnai projects along with a couple of others, which Pakistan is concerned would hurt the flow of water downstream, were in line with the provisions of the treaty.

"We will discuss to allay those objections, we believe in an amicable resolution," the official said.

Another Indian official played down prospects for a breakthrough at the talks with neighboring Pakistan.

"It is our job to find a middle path. But to say we can achieve something is maybe a bit too optimistic," an Indian official involved in the talks in New Delhi told Reuters.

"There are many things on which we can't compromise," added the official, who spoke on condition of anonymity because of the sensitive nature of the discussions.