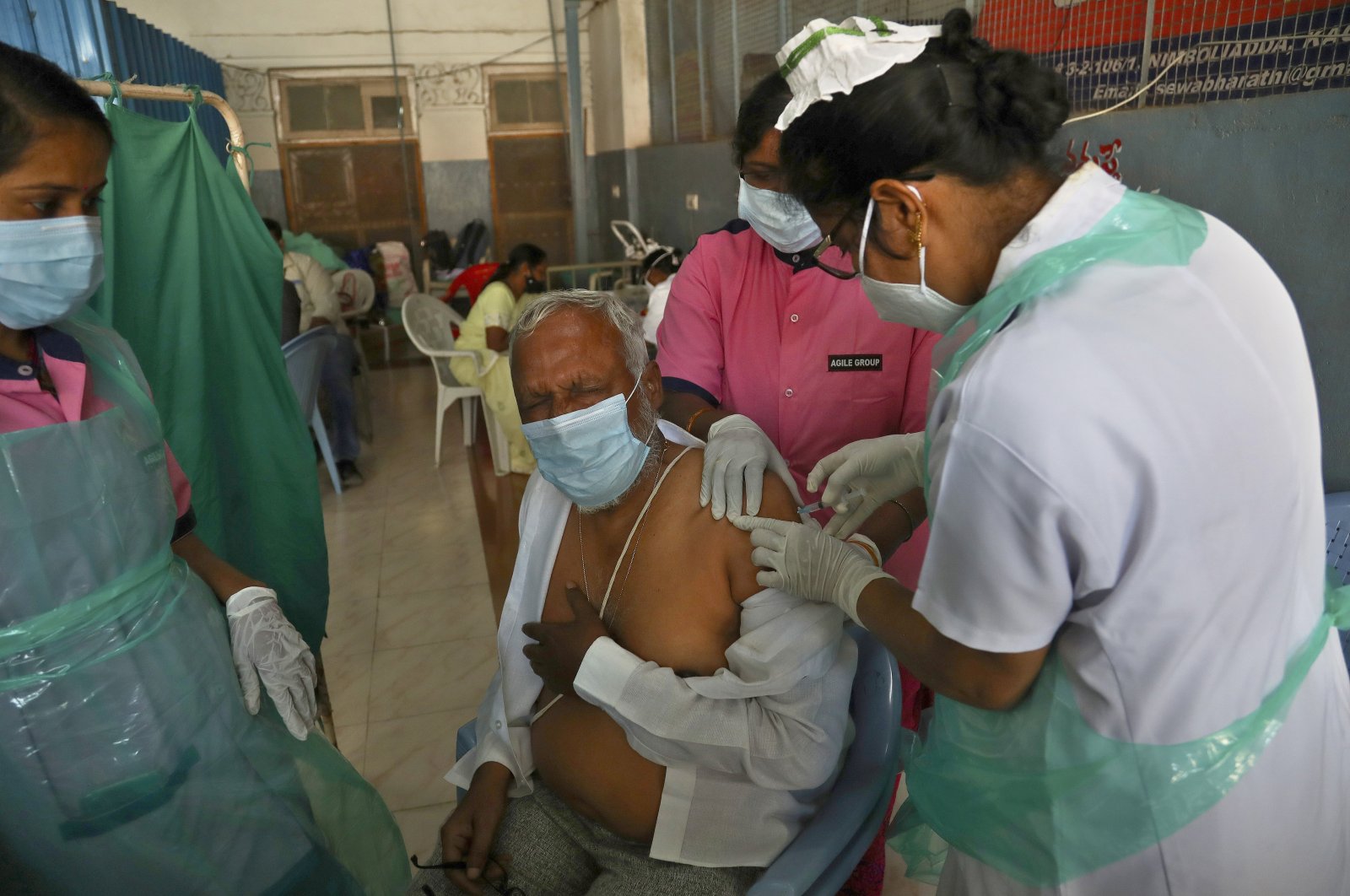 An elderly man reacts as he receives a shot of the Covishield COVID-19 vaccine at a government hospital in Hyderabad, India, Friday, March 12, 2021. (AP Photo)
by ASSOCIATED PRESS Mar 12, 2021 3:47 pm
RECOMMENDED

India has registered its worst single-day increase in coronavirus cases since late December as the western state of Maharashtra battles a resurgence. India’s Health Ministry on Friday reported 23,285 new cases of COVID-19 in the past 24 hours.

It is the highest daily rise since Dec. 24, according to government data. India has so far reported more than 11.3 million cases of coronavirus infection, the world’s second-highest total after the United States.

The cases had been falling steadily since a peak in late September, but experts say increased public gatherings and laxity toward public health guidance is leading to the latest surge. The increase in new cases is being reported in six states, including Maharashtra, where authorities have announced a lockdown in densely populated Nagpur city. A weeklong complete lockdown will be implemented next week, officials said.

The vaccine drive will, however, continue in the city. Government health official Vinod Kumar Paul in a news conference Thursday said the latest surge, particularly in Maharashtra, was worrisome.

He advised people not to lower their guard as "the pandemic is not yet over.” India began its vaccination drive in January and has advanced to the second phase, giving shots to health care workers, people older than 60 and people over 45 with significant health risks.

But the program, which aims to vaccinate 300 million people by August, is running way below capacity. More than 26 million people have gotten a shot, though only 4.72 million are fully vaccinated with both doses. India has reported more than 158,000 deaths from COVID-19.