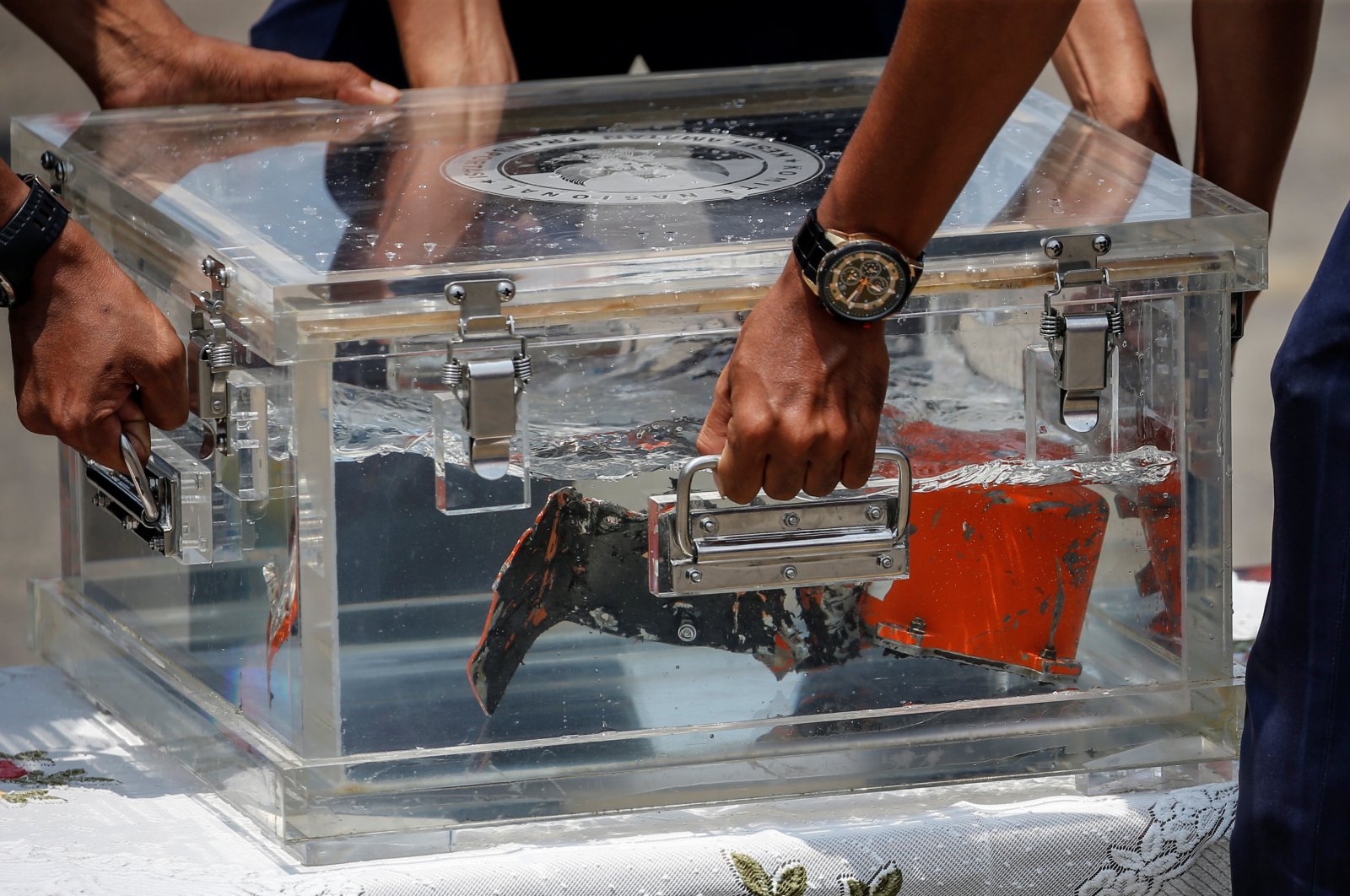 The cockpit voice recorder (CVR) from a crashed Indonesian passenger jet has been found, the country's transport ministry said Wednesday, more than two months after the accident that killed all 62 passengers and crew on board.

Officials said a press briefing "regarding the discovery of the cockpit voice recorder" from the Sriwijaya Air Boeing 737-500 would be held later Wednesday morning.

Authorities said Wednesday they would mine the retrieved recorder's data in the hopes of learning what the crew was saying when the flight from the capital Jakarta to Pontianak in Borneo went down.

The device was found Tuesday evening on the last day of an operation that used dredging equipment to comb the muddy seabed, after the dive search failed to locate it, they said.

"It was like trying to find a needle in a haystack," Soerjanto Tjahjono, head of Indonesia's National Transportation Safety Committee, told reporters as the recorder was displayed at Jakarta's main port.

"But without the CVR, it would be very difficult to find the cause of the Sriwijaya Air accident."

A preliminary report into the crash last month said crews on previous flights had described the jet's throttle system as "unserviceable" and that it had been repaired several times before its fatal final flight.

The report said a catastrophic throttle malfunction and possible human error were among the factors being considered.

But investigators had said it was too early to pinpoint a cause.

The 737 had sharply deviated from its intended course just before its plunge.

Despite appeals from air traffic controllers, the crew – including an experienced captain – did not respond to questions about the sudden change of direction.

The 26-year-old plane – previously flown by U.S.-based Continental Airlines and United Airlines – plunged around 3,000 meters (10,000 feet) into waters off Jakarta just minutes after takeoff on Jan. 9.

Divers had been searching the Java Sea for the missing voice recorder – one of the plane's two "black boxes" – which records flight crew conversations.

A flight data recorder was earlier plucked from the wreckage-littered seabed.

A preliminary report into the crash last month said Indonesian pilots had reported multiple problems with the aging jet's throttle system before the fatal crash.

But investigators had said it was too early to pinpoint an exact cause.

The CVR could provide vital clues to what the desperate crew was saying when the flight from Jakarta to Pontianak in Borneo went down.

Indonesia, a Southeast Asian archipelago that relies heavily on air transport to connect its thousands of islands, has suffered a string of deadly plane crashes in recent years.

That accident – and another in Ethiopia – led to the worldwide grounding of the 737 MAX over a faulty anti-stall system.

The 737 that crashed last month was not a MAX variant.