Japan's suicide rate rises amid pandemic after decade of decline 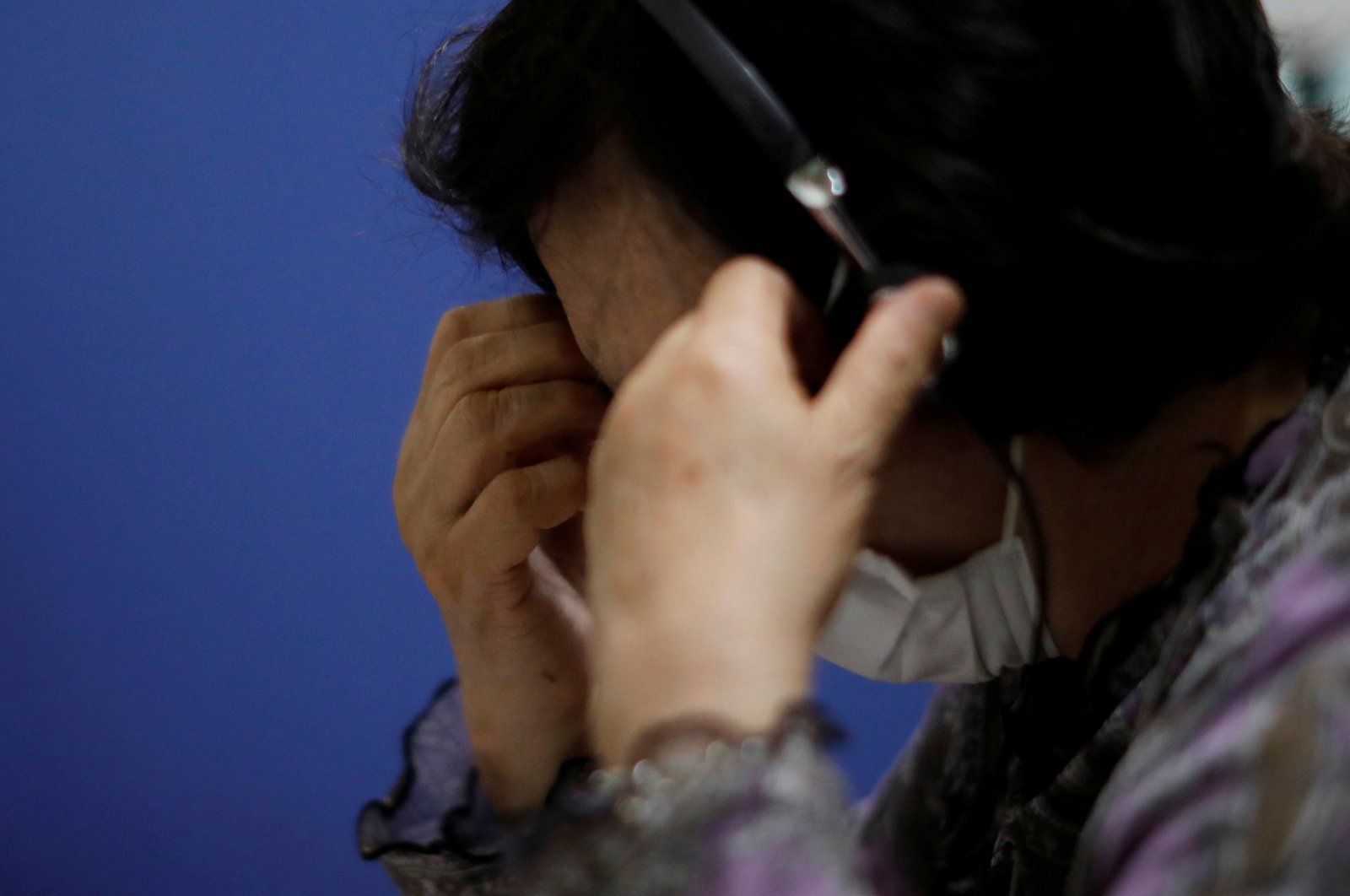 A volunteer responds to an incoming call at the Tokyo Befrienders call center, Tokyo's suicide hotline center, during the spread of the coronavirus disease, in Tokyo, Japan, May 26, 2020. (Reuters Photo)
by French Press Agency - AFP Jan 22, 2021 9:11 am
RECOMMENDED

The suicide rate in Japan rose for the first time in over a decade last year, as the coronavirus pandemic reversed years of progress combatting an immensely high suicide rate.

Japan's health and welfare ministry said Friday that 20,919 people died by suicide in 2020 according to preliminary data, up 3.7% from the previous year. That compares with 3,460 deaths from the coronavirus in the same period.

It marks the first year-on-year rise in suicides in more than a decade, with women and children, in particular, taking their lives at higher rates, after months and months of steadily rising suicide rates.

Japan has long had the highest suicide rate among the Group of Seven advanced countries – though regionally South Korea registers higher figures. But the government has worked in recent years to better support people with mental health needs.

Japan has seen a smaller coronavirus outbreak than some countries, avoiding the harsh lockdown measures put in place elsewhere, and a fall in suicides during the first half of 2020 raised hopes that the pandemic's impact might be limited.

But the figures began to rise in July after a first state of emergency was lifted in May, a pattern experts say tracks with data showing suicides often drop in the first phase of crises such as conflicts and natural disasters, before rising sharply.

"For suicide in Japan, the rise was a major event and I think it was a big turning point," said Michiko Ueda, an associate professor of political science at Waseda University in Tokyo who studies suicide in Japan.

"The coronavirus is definitely a major factor," she told Agence France-Presse (AFP), warning "we cannot deny the possibility that figures will rise again this year."

Mental health experts around the world have warned that suicides could rise during the pandemic, driven by diverse factors including economic hardship, stress and family abuse.

In Japan, the rise is the first since 2009, in the wake of the global economic crisis, but it follows a different pattern from previous years.

"The coronavirus pandemic forced people into unusual circumstances," a health ministry official told AFP. "In particular, problems experienced by women have been highlighted, which are thought to have led to suicides."

Suicides among men actually fell slightly from 2019, but over 14% more suicides were recorded among women.

While determining the causes of rising suicides is complicated, Ueda said likely factors included increasing unemployment for women and extra burdens at home, in a country where household responsibilities are often unevenly shared in families.

The pandemic disproportionately hit industries that employ many women, often on temporary contracts, including hospitality and hotels.

A survey released by public broadcaster NHK in December found 26% of female workers reported employment problems including layoffs since April, compared with 19% of men.

"The coronavirus has highlighted Japan's gender gap," added Yayo Okano, a professor of feminism at Doshisha University in Kyoto.

In a separate NHK poll, 28% of women reported spending more time on housework during the pandemic, compared with 19% of men, with at-home supervision of children – after schools closed – falling mostly to mothers.

"Household burdens on women have long been disproportionately heavy in Japan and their burdens have increased because of coronavirus," Okano told AFP.

'They don't know what to do'

Rising suicides among children have also alarmed experts: More than 300 children in elementary, junior high and high school died by suicide in the eight months to November, up nearly 30% from the same month a year earlier. December figures were not yet available.

"Students are feeling anxiety about their future," said Akiko Mura, a counselor at the Tokyo Suicide Prevention Centre.

"They don't know what to do. They used to be able to release their stress by talking to their friends, but now they can't even go to karaoke," she said.

Experts fear a series of high-profile celebrity suicides in Japan last year may also have triggered vulnerable people to consider taking their lives.

The number of suicides in Japan peaked at around 34,000 in 2003, but efforts since then to tackle the problem – including addressing deaths linked to overwork and introducing online counseling – had helped bring the numbers down.

Munetaka Kaneko, a counselor at suicide prevention NGO Sotto, said the government now needed to make suicide response a key plank of its virus policy, with "prevention measures fit for the pandemic era."

"For some, the risks of suicide are far graver than those posed by the pandemic," he said.