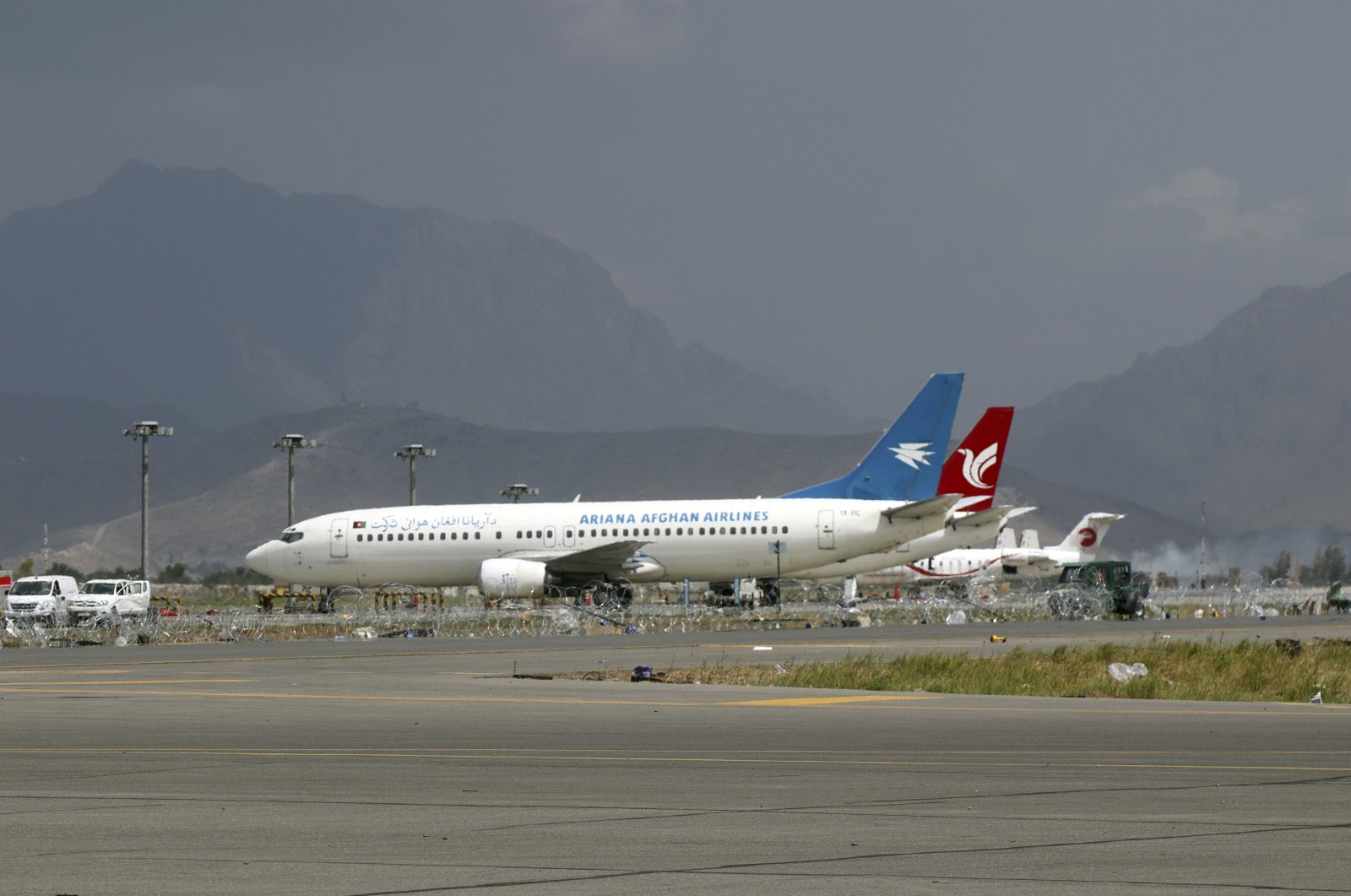 Aircraft are parked on the tarmac of the Hamid Karzai International Airport after the U.S. military's withdrawal, in Kabul, Afghanistan, Aug. 31, 2021. (AP Photo)
by REUTERS Sep 04, 2021 2:14 pm
RECOMMENDED

The airport's runway has been repaired in cooperation with authorities in Afghanistan, the ambassador said, according to Al Jazeera, which also cited its correspondent as saying domestic flights had restarted. The channel said two domestic flights were operated from Kabul to the cities of Mazar-i-Sharif and Kandahar.

The Kabul airport had been closed since the end of the massive U.S.-led airlift of its citizens, other Western nationals and Afghans who helped Western countries.

The end of that operation marked the withdrawal of the last U.S. forces from Afghanistan after 20 years of war.

The evacuation of tens of thousands of people came amid the rapid takeover of Afghanistan by the Taliban, the West's adversary in the two-decade war that followed the Sept. 11, 2001, attacks on the U.S.

Thousands of people wanting to leave Afghanistan, fearful of life under Taliban rule, were left behind when the evacuation operation ended at the end of August. The Taliban has promised safe passage for those wanting to leave.

Qatar's Foreign Minister Sheikh Mohammed bin Abdulrahman Al-Thani, speaking at a joint press conference with Britain's Foreign Secretary Dominic Raab in Doha on Thursday, said the Gulf state was talking to the Taliban and working with Turkey for potential technical support to restart operations at the Kabul airport.