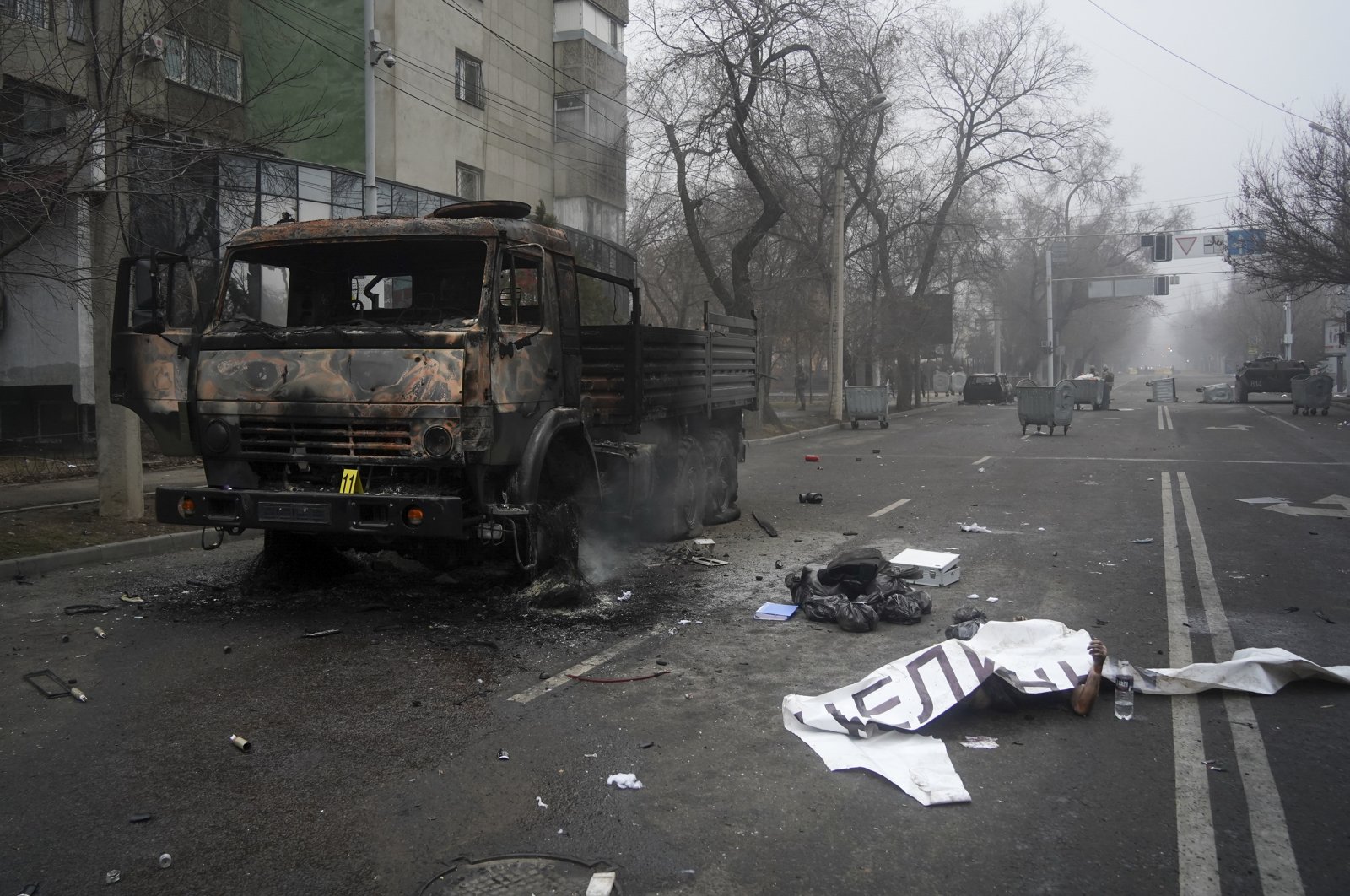 Kazakhstan said on Monday that foreign-trained radicals were among those who attacked government buildings and security forces last week, noting that almost 8,000 people had been detained by the police to bring the situation under control.

President Kassym-Jomart Tokayev sacked his Cabinet, issued shoot-to-kill orders and declared a state of emergency in the oil-rich nation of 19 million. He also asked a Russian-led military bloc to send in troops, who the government says have since been deployed to guard strategic sites. Tokayev was due to take part in a videoconference with the bloc's leaders at 7 a.m. GMT on Monday.

Authorities on Monday for the first time linked the violence to what they said were members of extremist groups.

"As the events in Almaty and several other regions of the country have shown, Kazakhstan has been subjected to armed aggression by well-coordinated terrorist groups trained abroad," the country's Foreign Ministry said in a statement. "According to preliminary data, the attackers include individuals who have military combat zone experience in the ranks of radical Islamist groups."

It did not name any specific groups.

The National Security Committee said on Monday, an official day of mourning, that the situation had stabilized and that security forces had restored control.

Karim Masimov, the committee's former head, was detained on suspicion of treason last week, days after Tokayev dismissed him.

Russian and state media, citing a government social media post, reported that 164 people had been killed. However, health authorities and the police did not confirm that figure, and the original social media post has since been deleted.

"I think there was some kind of a conspiracy involving domestic and certain foreign destructive forces," Secretary of State Yerlan Karin told state television on Monday, without naming any suspects.

A former Kazakh prime minister told Reuters on Sunday that Tokayev must move fast to consolidate his grip after appearing to break with Nursultan Nazarbayev, his powerful predecessor.