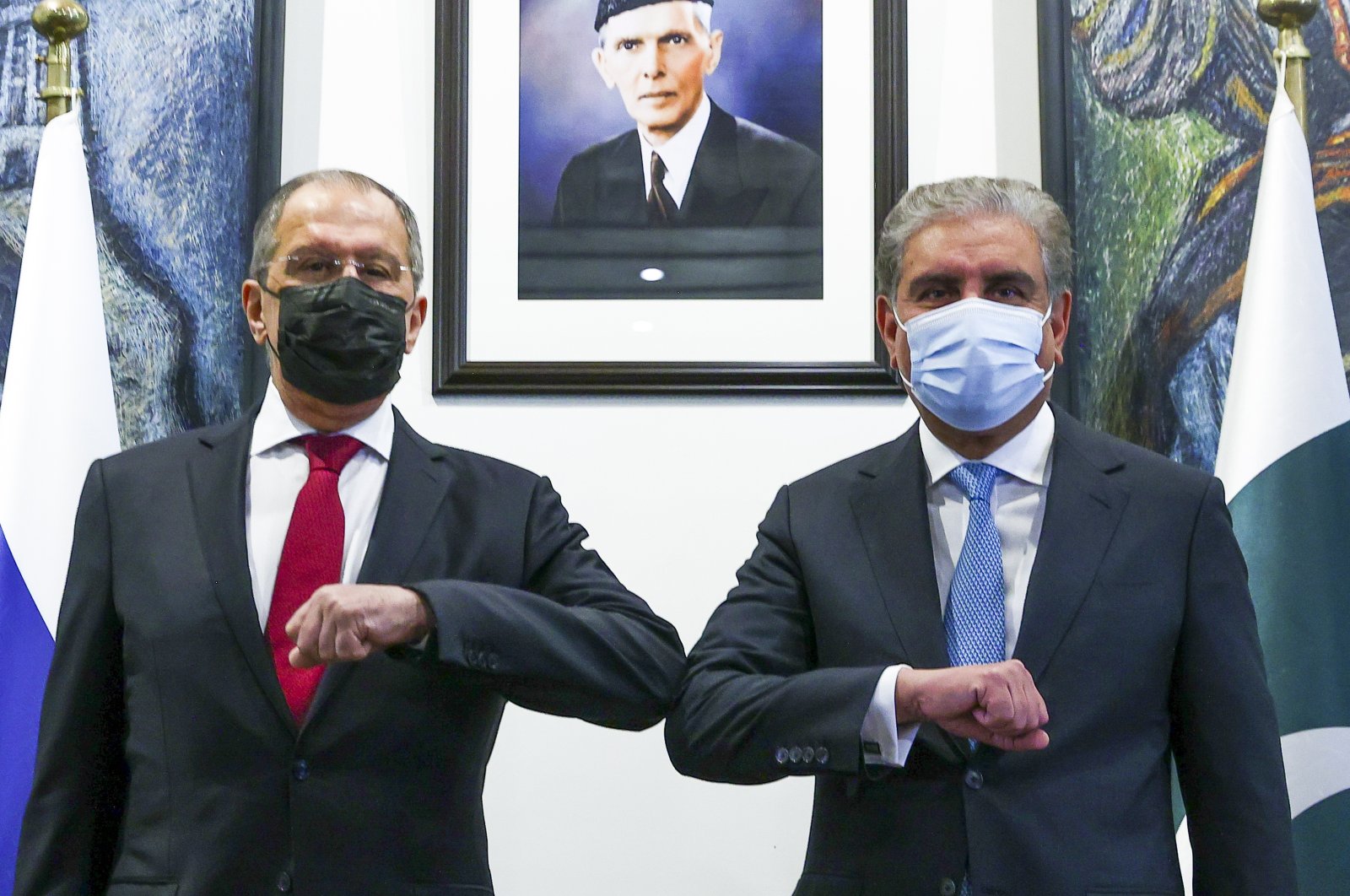 Russian Foreign Minister Sergey Lavrov, on the second day of a two-day trip to Pakistan, said the two countries would bolster their relations in a common goal of fighting against terrorism and Moscow was prepared to provide military supplies to Islamabad including joint drills as part of normalization between Russia and Pakistan.

Sergey Lavrov spoke on the second day of a two-day trip to Pakistan. It’s the first visit by a Russian foreign minister in nine years, part of a warming of frosty relations. It comes as Moscow seeks to increase its stature in the region, particularly in Afghanistan. There, it has sought to inject itself as a key player in accelerated efforts to find a peaceful end to decades of war.

"We stand ready to strengthen the anti-terrorist potential of Pakistan, including by supplying Pakistan with special military equipment,” Lavrov said, without going into detail about the equipment.

Washington is reviewing an agreement it signed more than a year ago with the Taliban as it rethinks a May 1 withdrawal of its soldiers. Meanwhile, Moscow has stepped up its involvement in Afghanistan, emerging as a significant player.

Last month it hosted talks between the Taliban and senior government officials, and Lavrov suggested another high-level meeting could again be held in Moscow. Lavrov arrived in Pakistan on Tuesday from neighboring India, with whom Moscow has had a long and solid relationship.

The apparent reset in Pakistani-Russian relations however is by contrast a recent phenomena. In the 1980s Pakistan was a staging arena for anti-communist Afghan rebels who were aided by the U.S. to oust the former Soviet Union, which negotiated an end to a 10-year occupation in 1989.

Russia is also building a gas pipeline between the southern port city of Karachi and eastern Lahore. Pakistan's Foreign minister Shah Mahmood Qureshi said Islamabad will also buy 5 million doses of the Russian made COVID-19 Sputnik V vaccine, and expressed a desire to eventually manufacture it in Pakistan.

He said Pakistan also wanted Russian expertise to modernize its antiquated railway system as well as its energy sector.

The visit underlines the waning influence of the United States in the region, while Russian and Chinese clout grows, says Michael Kugelman, Deputy Director of the Asia Program at the U.S.-based Wilson Center.

"There’s a good reason why this is the first Russian foreign minister visit to Islamabad for nearly a decade: Russia-Pakistan relations are on the ascent,” he said in an interview. He also noted a new 25-year development agreement between Iran and China.

"America will soon be ceding important real estate to its top rivals,” said Kugelman. "That’s the cost of an impending U.S. withdrawal from the region. But with the U.S. intent on pulling back, it is seemingly a cost it is willing to bear."