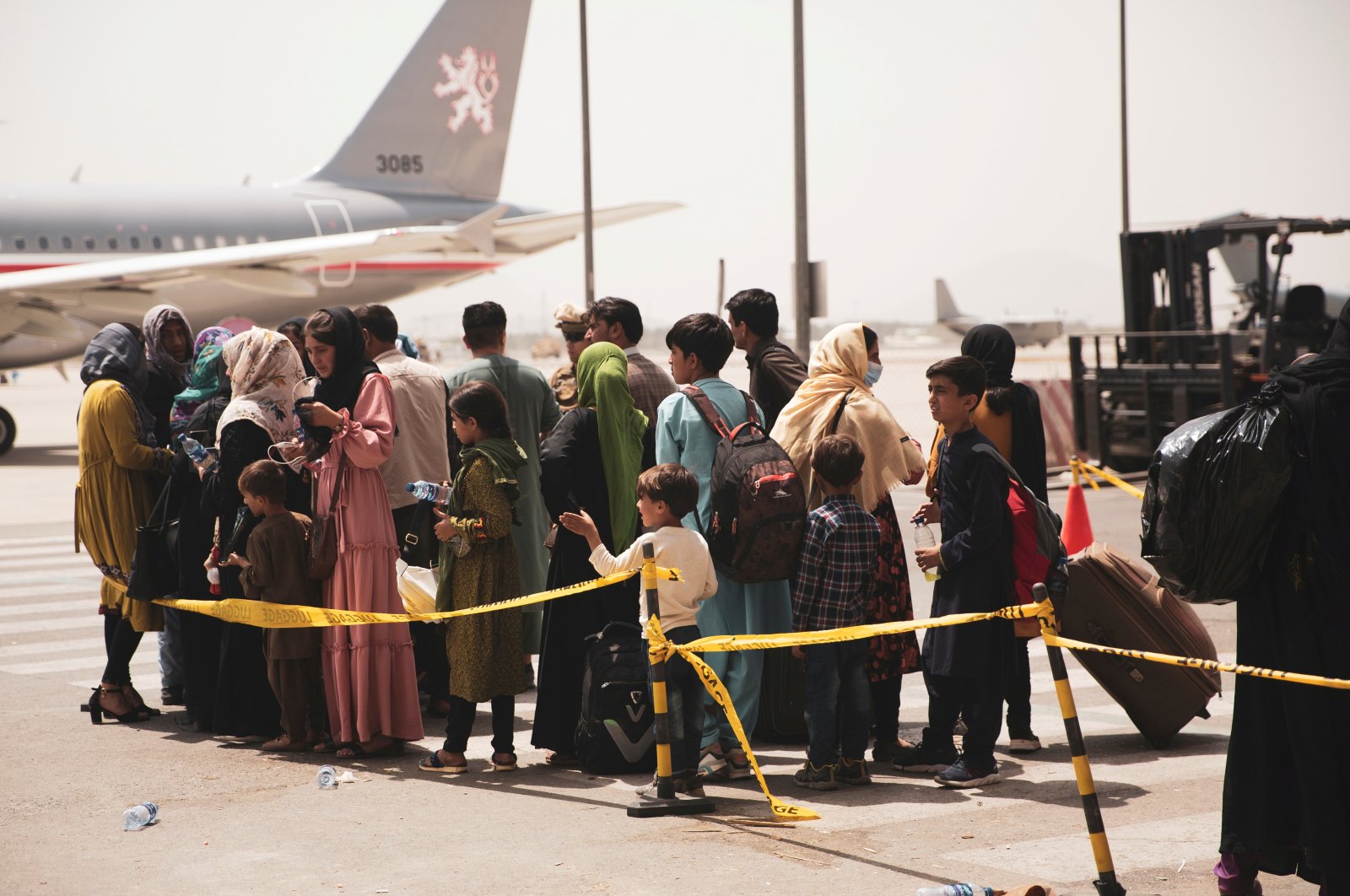 Several NATO countries pressed on Friday for evacuations from Kabul to continue beyond the current U.S. deadline because so many people seeking safe passage following the Taliban's takeover of Afghanistan are stuck outside the airport.

NATO Secretary-General Jens Stoltenberg described the situation outside Kabul Hamid Karzai International Airport as "very dire and difficult". Thousands of foreign nationals and people who may be under threat from the Taliban are desperately trying to get into the airport.

"The U.S. has stated that the timeline ends on Aug. 31, but several of our allies raised ... the need to potentially extend that to be able to get more people out," he said after an emergency meeting of NATO foreign ministers.

Although the deadline for the withdrawal of thousands of U.S. troops who are crucial for securing the Kabul airport is Aug. 31, President Joe Biden said this week that they may stay longer to facilitate the evacuation of Americans.

More than 18,000 people have been flown out of Kabul since the Taliban took over the capital on Sunday, according to a NATO official.

Stoltenberg said that many of the 30 NATO nations had sent planes to evacuate vulnerable people, but there was more capacity on those aircraft than there were people ready to board them because of the chaos outside the airport.

"We have more planes than we have people or passengers because the process of getting people – especially Afghans – into the airport and processed is now the big, big challenge," he noted.

"The big challenge is to get people on those planes," Stoltenberg told reporters, and again urged the Taliban to allow the safe passage of all foreign nationals and Afghans seeking to leave.

NATO itself still has 500 civilian staff, including nearly 200 Afghans, working at the airport to keep it open while national military rescue operations continue.

Stoltenberg underscored that Turkey has been responsible for the Kabul airport for many years and still plays a key role.

"I would especially like to thank Turkey, the U.S. and the U.K. for their vital role in ensuring the security of the Kabul airport," he noted.

Many allies, he said, had stressed the "need to work harder on how can we get more people who are now outside the airport."

After the virtual meeting, NATO's 30 members issued a statement calling on "those in positions of authority in Afghanistan to respect and facilitate their safe and orderly departure."

"As long as evacuation operations continue, we will maintain our close operational coordination through allied military means at the airport," they said.

But how long that allied military deployment remains at the airport is open to question.

The United States provides the bulk of the forces defending the perimeter of what has become Afghanistan's last link to the outside world, and the last hope for refugees.

Britain and Turkey also have military contingents at the airport – and Germany, France and other allies have been relying on the facility as they run missions to secure evacuees.

"That was an issue that was discussed during the meeting today, and several allies raised the issue of potentially extending the timeline to get more people out," Stoltenberg said.

"The U.S. has stated that the timeline ends on August 31, but several of our allies raised during the discussion today the need to potentially extend that to be able to get more people out."

Taliban fighters control all access roads and a U.N. report suggests that the group is going door-to-door in Kabul hunting for those who worked with NATO diplomats and militaries.

Most capitals have not formally recognized the Taliban as Afghanistan's new government, but Stoltenberg said some NATO allies have established "operational tactical contact" with the group.

"That is to ensure safe passage to manage the situation outside the airport and so on," he said.

He added: "We have to distinguish these kinds of tactical operational contacts with the Taliban ... and diplomatic recognition. That's two different things."

The foreign ministers warned the Taliban not to let Afghanistan become a breeding ground for terrorism. The group was ousted from power in 2001 after a U.S.-led invasion launched following the Sept. 11 al-Qaida attacks on the United States.

"For the last 20 years, we have successfully denied terrorists a safe haven in Afghanistan from which to instigate attacks," the ministers said in a statement after their virtual meeting.

Stoltenberg said earlier this week that NATO had "capabilities to strike terrorist groups from a distance" if militant groups try to re-establish themselves in Afghanistan and plan attacks against allied countries.

After almost two decades, NATO this summer completed military operations in Afghanistan and withdrew most troops from the country following Biden's decision to end the war.

The alliance still has a diplomatic representation in Kabul. Headquartered in Brussels, it also serves as a forum to coordinate national measures in Afghanistan, such as the evacuation of citizens.