Nearly 250,000 displaced in Myanmar due to attacks, airstrikes: UN 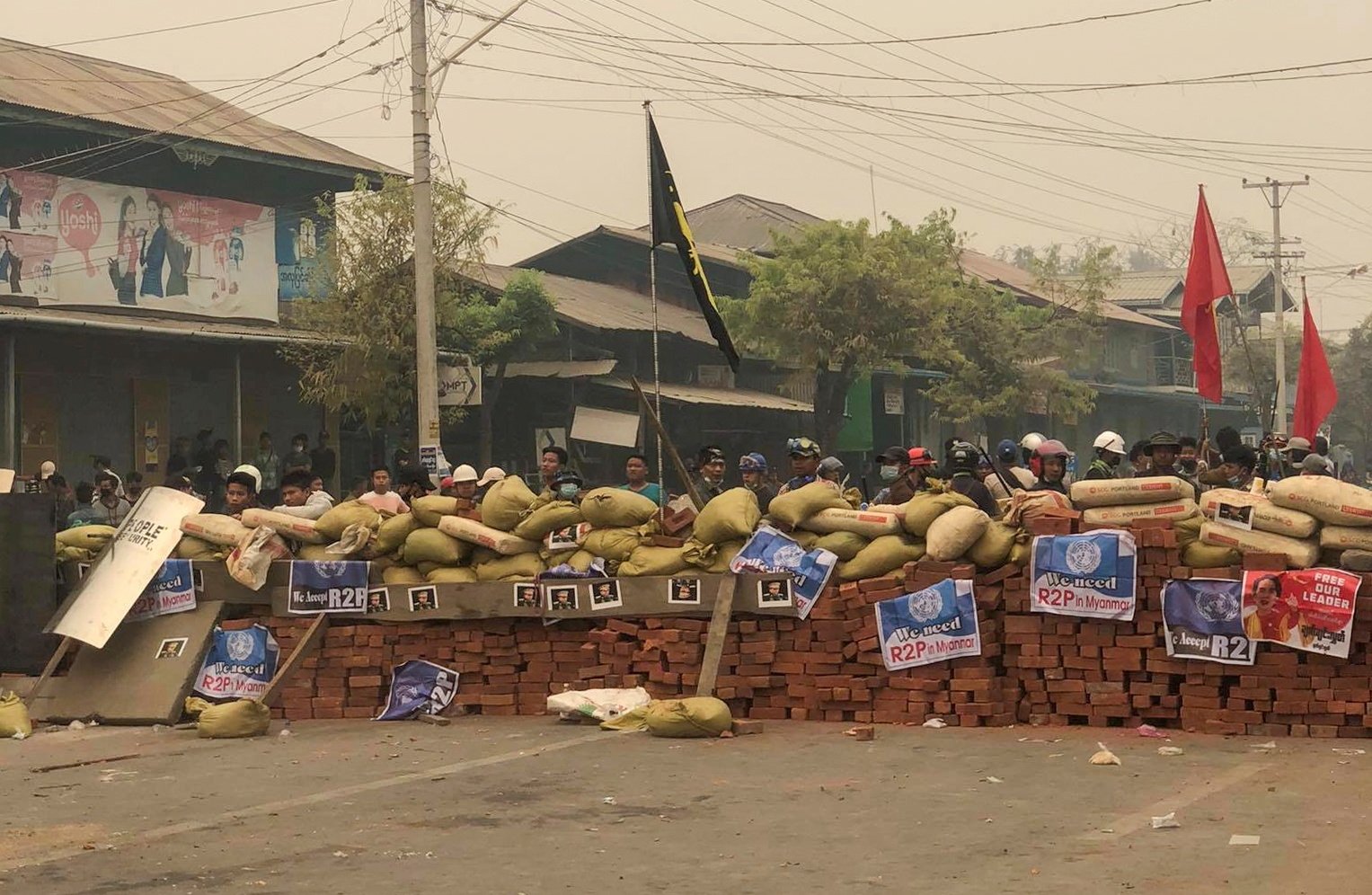 The United Nations rights envoy on Wednesday drew attention to the fact that almost a quarter of a million people have been displaced by the military junta in Myanmar as the country's new leaders for months have continued a brutal crackdown on anti-coup protesters killing, beating and torturing them.

The military has stepped up its use of lethal force to quash mass demonstrations against a Feb. 1 coup that ousted civilian leader Aung San Suu Kyi. At least 738 people have been killed and 3,300 are languishing in jails as political prisoners, according to a local monitoring group.

"Horrified to learn that... the junta's attacks have already left nearly a quarter (of a) million Myanmar people displaced, according to sources," U.N. Special Rapporteur on the situation of human rights in Myanmar Tom Andrews tweeted on Wednesday. "The world must act immediately to address this humanitarian catastrophe."

"They all hide in the jungle nearby their villages," he said, according to Agence France-Presse (AFP). Amid mounting violence, Southeast Asian (ASEAN) leaders and foreign ministers are set to hold talks on the Myanmar crisis in Jakarta on Saturday. Coup leader Min Aung Hlaing's expected involvement in the summit has angered activists and human rights groups.

ASEAN has been trying to guide fellow member Myanmar out of the bloody turmoil triggered by the coup, but the 10-nation group's principles of consensus and non-interference have restricted its ability to overcome members' divergent views on how to respond to the army's killing of hundreds of civilians. Myanmar's military has shown little willingness to engage with its neighbors and no sign of wanting to talk to members of the government it ousted, accusing some of them of treason, which is punishable by death.

"Min Aung Hlaing, who faces international sanctions for his role in military atrocities and the brutal crackdown on pro-democracy protesters, should not be welcomed at an intergovernmental gathering to address a crisis he created," Human Rights Watch's (HRW) Brad Adams said.

Overnight, authorities released freelance video journalist Ko Latt, who had been held in custody for a month in the capital Naypyidaw. At least 70 reporters have been arrested since the coup and 38 are in detention, according to Reporting ASEAN.

Myanmar's anti-coup activists launched protests on Wednesday calling for the release of detained prisoners. On Wednesday, people shared photos on social media wearing blue shirts and holding up a hand with the name of an arrested person written on it. The shirts are a tribute to pro-democracy activist Win Tin who was imprisoned by the military for 19 years and died on April 21, 2014. After his release, he pledged to wear a blue shirt until all political prisoners were freed.

"Please raise your voice and demand the release of all the people who are being unfairly detained under the junta government," protest leader Ei Thinzar Maung said on Facebook.

The junta has released thousands of people from jail since the coup but relatively few have been linked to the protests. Meanwhile, military-backed television broadcaster MWD reported on Tuesday that the home affairs ministry had declared a National Unity Government (NUG) formed by opponents of the junta as unlawful.

Last week, pro-democracy politicians, including ousted members of parliament, announced the formation of NUG that nominally includes Suu Kyi, who has been in detention since the coup, as well as leaders of the protests and ethnic minorities.

The NUG says it is the legitimate authority in Myanmar and has requested international recognition and an invitation to the Jakarta meeting. A grouping of ASEAN lawmakers also said the NUG should be invited.

"ASEAN cannot adequately discuss the situation in Myanmar without hearing from and speaking to the National Unity Government," ASEAN Parliamentarians for Human Rights said in a statement.

On the invitation to Senior General Min Aung Hlaing, it said: "ASEAN must make it abundantly clear that he is not there as a representative of the Myanmar people, who totally reject his barbaric junta."