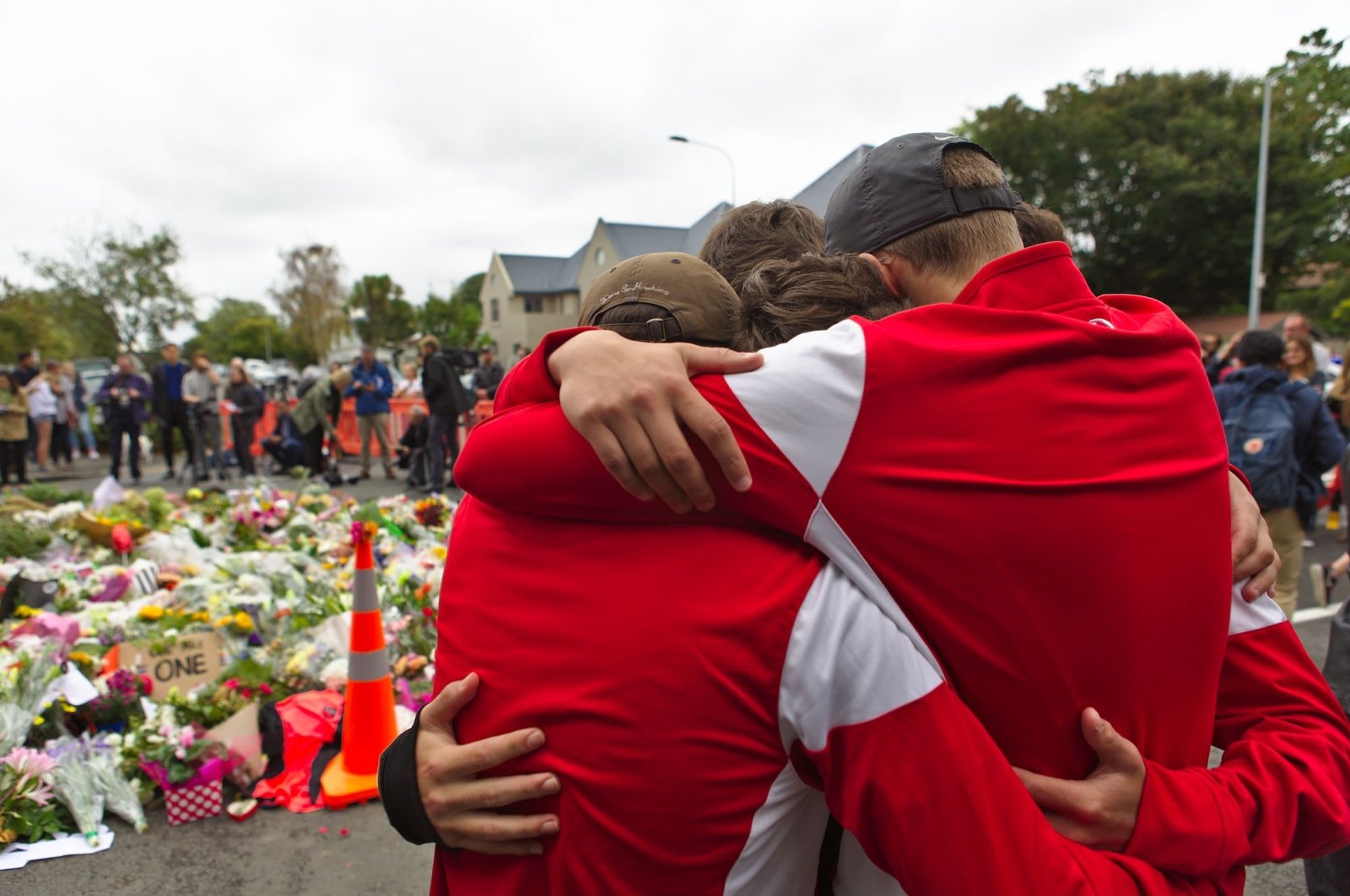 Mourners pay their respects at a makeshift memorial near the Masjid Al Noor mosque in Christchurch, New Zealand, March 19, 2019. (AA Photo)
by Daily Sabah with Reuters Jun 25, 2021 10:52 am
RECOMMENDED

New Zealand announced Friday it plans to tighten its hate speech laws and strengthen penalties for inciting hatred and discrimination in response to the white supremacist attack in Christchurch two years ago that killed 51 Muslims.

The move comes after a Royal Commission of Inquiry into the Christchurch attack on March 15, 2019, recommended changes to hate speech and hate crime laws, which it said were weak deterrents for people targeting religious and other minority groups with hate.

"Protecting our right to freedom of expression while balancing that right with protections against ‘hate speech’ is something that requires careful consideration and a wide range of input,” Justice Minister Kris Faafoi said at a press conference. “Building social cohesion, inclusion and valuing diversity can also be a powerful means of countering the actions of those who seek to spread or entrench discrimination and hatred.”

The government proposed new criminal offenses for hate speech that it said would be clearer and more effective. Under the proposal a person who "intentionally stirs up, maintains or normalizes hatred" would break the law if they did so by being threatening, abusive, insulting or inciting violence, the government said.

Punishment for such offenses would be increased to a maximum of three years in prison or a fine of up to NZ$50,000 ($35,320). Currently, the punishment is up to NZ$7,000 or three months in jail. It also proposed provisions that would protect trans, gender diverse and intersex people from discrimination.

The proposals are now open for public consultation.

Current laws only target speech that "excite hostility" against a person or group on the grounds of their color, race or ethnicity. But gender identity, sexual orientation, religion or disability are not considered protected.

According to Radio New Zealand, the government is also considering amending and expanding the provisions of the Human Rights Act regarding incitement.

Australian Brenton Tarrant killed 51 people and injured dozens when he opened fire on Muslim worshippers in two mosques in Christchurch, shortly after releasing a racist manifesto online, and streamed the shootings live on Facebook. Last year, Tarrant was sentenced to life imprisonment without parole. It was the first time a New Zealand court had ruled such a sentence.

With support across the political spectrum, New Zealand swiftly banned the sale of the high-capacity semi-automatic weapons Tarrant used. But changes to hate speech laws have been more contentious as some political parties said it would impede free speech.

"The government’s proposed hate speech laws are a huge win for cancel culture and will create an even more divided society,” New Zealand's smaller ACT Party leader David Seymour said in a statement.