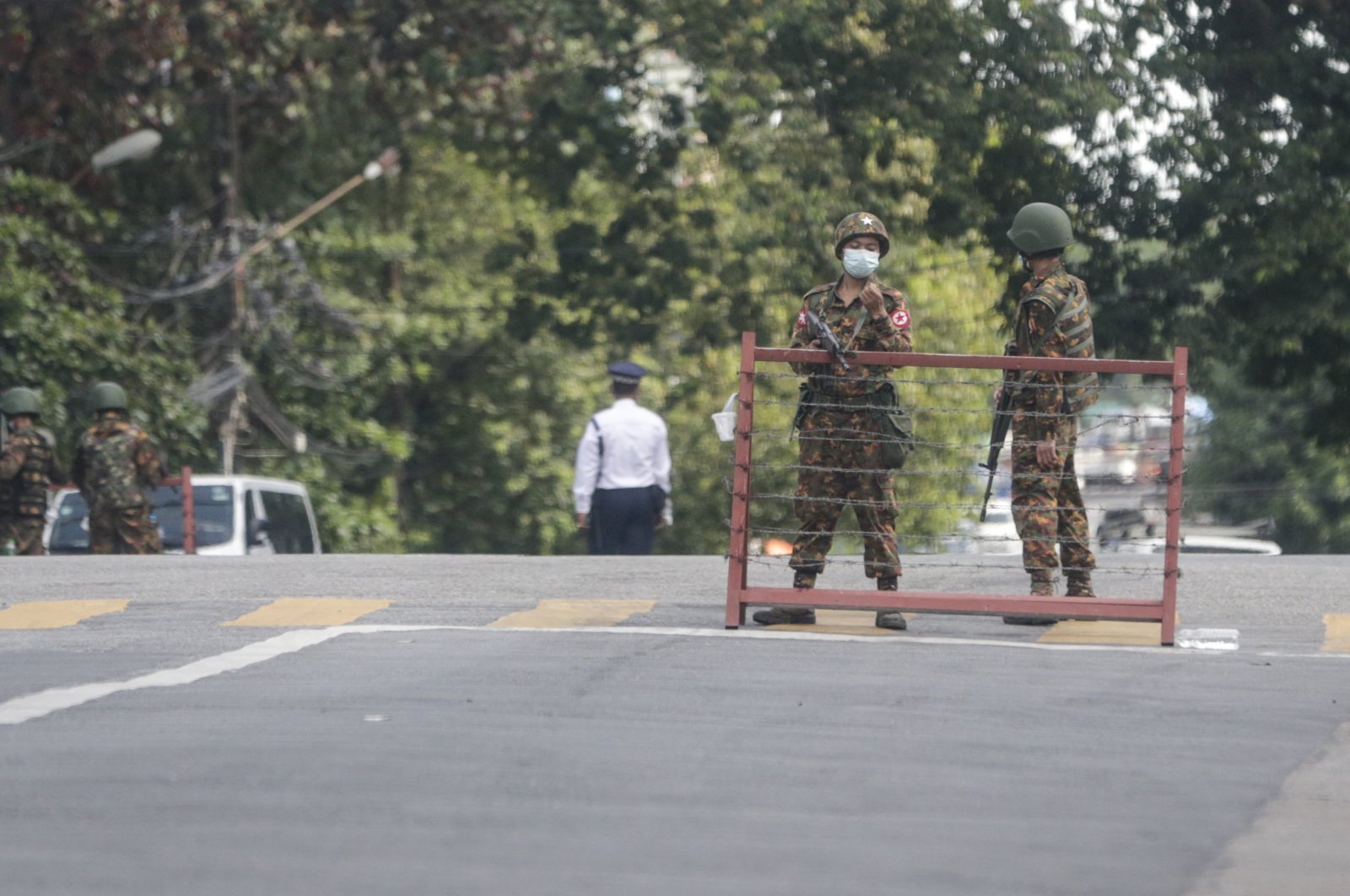 Armed military men stand guard behind barricades as they block a road after several explosions occurred in the downtown area in Yangon, Myanmar, Aug. 10, 2021. (EPA Photo)
by reuters Aug 18, 2021 10:57 am

More than 1,000 people have died in Myanmar as a result of the military take over on Feb. 1, the Assistance Association of Political Prisoners (AAPP) activist group announced Wednesday, which has been recording killings by security forces.

A spokesperson for the ruling junta did not respond to a call to request comment. The military authorities have previously said the AAPP figures, widely cited by international organizations, are exaggerated.

The army has also said scores of members of the security forces have been killed. The AAPP does not include them in its count.

"According to AAPP records, 1,001 innocent people have been killed," AAPP secretary Tate Naing told Reuters. "The actual number of victims is much higher."

The Southeast Asian country has sunk into chaos since the coup, with protests continuing daily, insurgencies flaring in border regions and widespread strikes that have severely damaged the economy.

The army overthrew elected leader Aung San Suu Kyi, alleging irregularities in an election swept by her National League for Democracy party in November 2020. The then electoral commission and international monitors said the army accusations were wrong.

The military authorities say their seizure of power should not be called a coup because it was in line with the constitution.