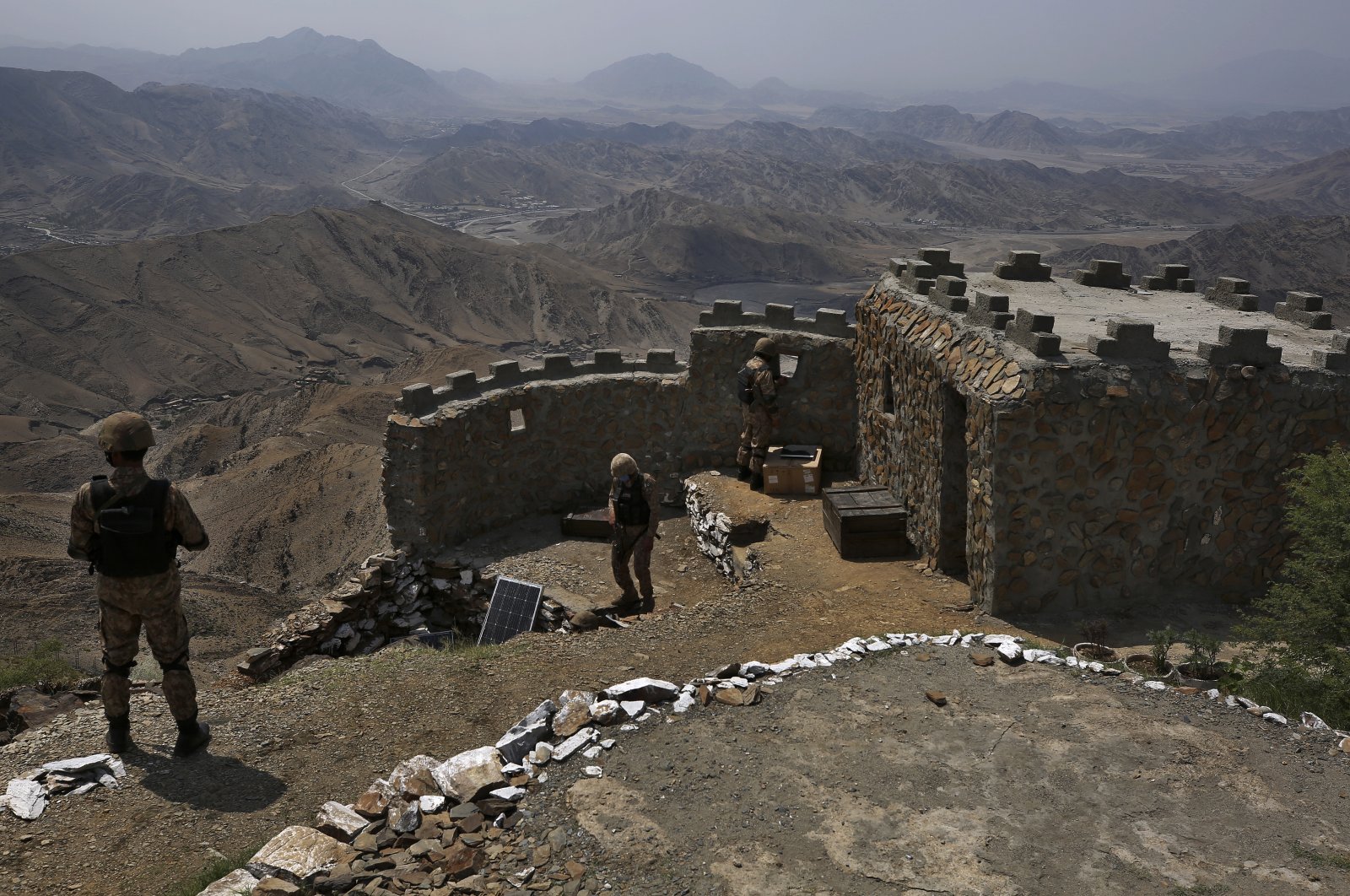 In Pakistan’s rugged tribal regions along the border with Afghanistan, a quiet and persistent warning is circulating: The Taliban are returning.

Pakistan’s own Taliban movement, which had in years past waged a campaign against the Islamabad government, has been emboldened by the return to power of the Taliban in Afghanistan. They seem to be preparing to retake control of the tribal regions that they lost nearly seven years ago in a major operation by Pakistan’s military. Pakistani Taliban are already increasing their influence. Local contractors report Taliban-imposed surcharges on every contract and the killing of those who defy them.

In early September, for example, a contractor named Noor Islam Dawar built a small canal not far from the town of Mir Ali near the Afghan border. It wasn’t worth more than $5,000. Still, the Taliban came calling, demanding their share of $1,100.

Dawar had nothing to give and pleaded for their understanding, according to relatives and local activists. A week later he was dead, shot by unknown gunmen. His family blames the Taliban.

Pakistan’s Taliban, known as the Tehrik-e-Taliban or TTP, is a separate organization from Afghanistan’s Taliban, though they share much of the same hardline ideology and are allied.

The TTP arose in the early 2000s and launched a campaign of bombings and other attacks, vowing to bring down the Pakistani government and seizing control in many tribal areas. The military crackdown of the 2010s managed to repress it. But the TTP was reorganizing in safe havens in Afghanistan even before the Afghan Taliban took over Kabul on Aug. 15.

"The Afghan Taliban’s stunning success in defeating the American superpower has emboldened the Pakistani Taliban." The group now seems convinced they can successfully fight "against the Pakistani ‘infidel’ state and have returned to insurgency mode,” said Brian Glyn Williams, Islamic history professor at the University of Massachusetts, who has written extensively on the movements.

The TTP has ramped up attacks in recent months. More than 300 Pakistanis have been killed in attacks since January, including 144 military personnel, according to the Islamabad-based Pakistan Institute for Conflict and Security Studies. The events in Afghanistan have also energized the scores of radical parties in Pakistan, said Amir Rana, executive director of the Islamabad-based Pakistan Institute for Peace Studies. These parties openly revile minority Shiite Muslims as heretics and on occasion bring thousands on to the street to defend their hardline rule.

One party, the Tehreek-e-Labbaik Pakistan, has a single agenda: to protect a controversial blasphemy law. The law has been used against minorities and opponents and can incite mobs.

Already buffeted by a growing religiosity, Pakistani society is at risk of transforming into one similar to Taliban-run Afghanistan, Rana warned.

A Gallup Pakistan poll released last week found 55% of Pakistanis would support a government led by group like the one advocated by Afghanistan’s Taliban. Gallup surveyed 2,170 Pakistanis soon after the Taliban takeover in Kabul.

Pakistan has shied away from offering unilateral recognition to the all-Taliban government in Afghanistan, but has been pushing for the world to engage with the new rulers. It has urged the United States to release funds to the Afghan government, while urging the Taliban to open their ranks to minorities and non-Taliban.

Pakistan’s relationship with the Afghan Taliban is a constant source of angst in America, where Republican senators have introduced a law that would sanction Islamabad for allegedly working against the U.S. to bring the Taliban to power. The charge has angered Pakistan, whose leaders say it was asked and delivered the Taliban to the negotiation table with the U.S., which eventually led to an agreement paving the way for America’s final withdrawal.

Pakistan’s ties to many of the Afghan Taliban go back to the 1980s when Pakistan was the staging arena for a U.S.-backed fight against Soviet forces in Afghanistan. In particular, the Haqqani group, possibly Afghanistan’s most powerful Taliban faction, has a long relationship with Pakistan’s intelligence agency, ISI.

Pakistan has turned to Sirajuddin Haqqani, the interior minister in Afghanistan's new Taliban government, for help in starting talks with the Pakistani Taliban, said Asfandyar Mir, a senior expert at the U.S. Institute of Peace.

Some TTP figures in North Waziristan – a rugged area the group once controlled – are ready to negotiate. But the most violent factions, led by Noor Wali Mehsud, are not interested in talks.

Mehsud’s Taliban want control of South Waziristan, said Mir. It’s not clear whether Haqqani will be able to get Mehsud to the table or whether Afghanistan’s new rulers are ready to break their close ties with Pakistan’s Taliban.

In the attempts to put together negotiations with Islamabad, the TTP is demanding control over parts of the tribal regions and rule by its strict interpretation of Islamic law in those areas, as well as the right to keep their weapons, according to two Pakistani figures familiar with the demands.

They spoke to The Associated Press (AP) on condition of anonymity because they are not authorized to speak to the media and because they fear retaliation.

Bill Roggio of the Foundation for Defense of Democracies, a U.S.-based think tank, said Pakistan is opening talks with the Taliban to stop the increasing attacks on its military, but he warned that "the government is opening Pandora’s box.”

"The TTP will not be satisfied with ruling a small portion of Pakistan, it will inevitably want more than what it is given,” Roggio said. "Like the Afghan Taliban wanted to rule Afghanistan, the TTP wants to rule Pakistan.”