Pentagon finds no misconduct in deadly US drone attack in Kabul 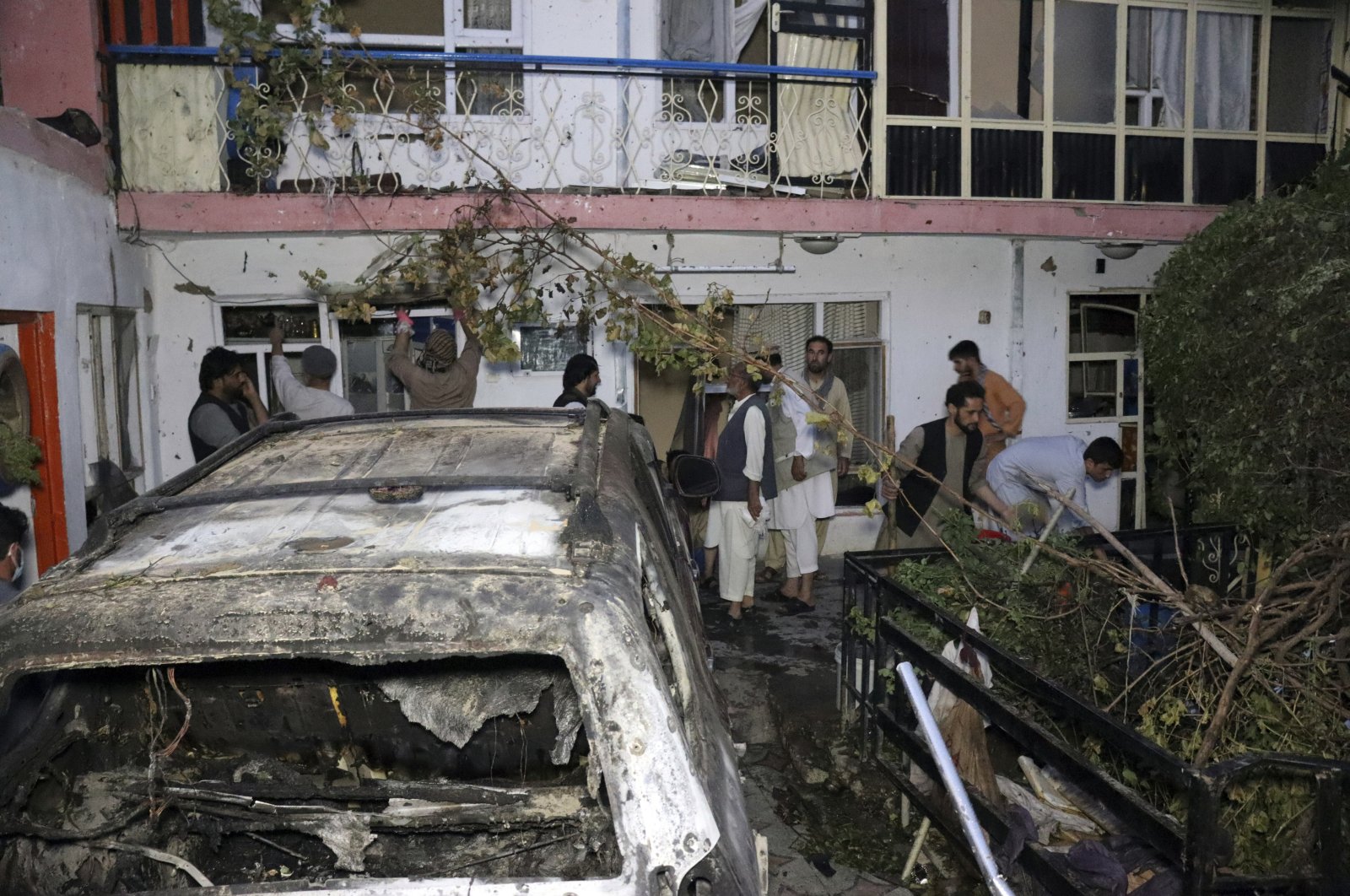 Pentagon officials have found no violation of law in the deadly U.S. drone attack in Afghanistan's capital of Kabul in late August, which killed 10 Afghan civilians, including seven children, following the Daesh-affiliated suicide bombings on the city's airport

Out of the shadows: Taliban’s mysterious supreme leader appears

A drone strike in Kabul conducted by the United States in August that killed 10 civilians was a tragic mistake but did not violate any laws, a Pentagon inspector general said Wednesday after an investigation.

Three adults, including a man who worked for a U.S. aid group, and seven children were killed in the Aug. 29 operation, with the target wrongly believed to have been a home and a vehicle occupied by militants from the Daesh terrorist group.

"The investigation found no violation of law, including the Law of War. Execution errors combined with confirmation bias and communication breakdowns led to regrettable civilian casualties," Lt. Gen. Sami Said, the inspector general for the U.S. Air Force, said in a report. "It was an honest mistake," Said told reporters at the Pentagon.

"But it's not criminal conduct, random conduct, negligence," he said. The general said the people directly involved in the strike, which took place during the U.S.-led evacuation of tens of thousands of Afghans after the Taliban seized control of the country, genuinely believed "that they were targeting an imminent strike."

"The intended target of the strike, the vehicle, its contents and occupant, were genuinely assessed at the time as an imminent threat to U.S. forces and mission at Kabul Hamid Karzai International Airport," the report said. However, it added, the interpretation of intelligence and the observations of a targeted car and its occupants over eight hours was "regrettably inaccurate," it said.

"What likely broke down was not the intelligence but the correlation of that intelligence to a specific house," Said explained, as Agence France-Presse (AFP) reported.

After a preliminary investigation, the Pentagon admitted on Sept. 17 that it had been a "tragic mistake" and pledged to provide compensation to the surviving family members. Said explained that there was not one point of failure or a person to be blamed for the error. He also said it was not in his responsibility to decide whether someone should be punished for the error.

The U.S. military had intelligence that Daesh militants were planning a fresh attack on the evacuation operations, three days after a suicide bomber at the airport killed 13 U.S. service members and scores of Afghans. On Aug. 29, officials seized on the car and tracked its movements in part because they believed it visited a location associated with the Daesh-affiliated terrorist group and took on cargo they believed could be explosives. They also saw the presence of a computer bag, which had been used to carry explosives during the deadly attack outside the airport days earlier.

Intelligence had pointed them to a white Toyota Corolla. But one mistake, Said admitted, was that they followed the wrong car.

"We actually never ended up tracking the actual Toyota Corolla," he said. "We just didn't pick up the Toyota Corolla that we believe we should have picked up."

Ultimately, military officials approved a strike involving a single Hellfire missile. Upon careful review, there was evidence in the video feed that at least one child was present two minutes before the trigger was pulled, but the operators missed it, according to Said. With the luxury of time, investigators saw a child as they reviewed the footage, but it was not "100 (%) obvious" to anyone who viewed it even after the fact, Said argued. He also said that the people involved in the operation thought the house at the site of the target was empty.

"They were convinced that the compound didn't have children in it. It turns out to be wrong," he said.

None of the people conducting the operation noticed a child entering the target area just two minutes before the rocket was fired. The operation had been given to "confirmation bias" – a tendency to make decisions on what one expects to see. U.S. officials believed that the earlier airport bomber used a computer bag to carry explosives. Because of that, when analysts planning the drone strike saw the people they were watching exchange a computer bag, they were convinced they had the right target.

"As it turns out, and we can affirm it, it was a computer bag," and not explosives, said Said, according to remarks carried by Deutsche Presse-Agentur (dpa).

The report does not recommend any disciplinary action for anyone involved. Said noted the decision of whether to impose any sort of discipline is up to the chain of command, which has the option of recredentialing personnel, retraining them or even firing them.

Said defended the team’s decisions as neither arbitrary nor capricious, calling it "a complicated operation in a complicated setting." Based on the information the military had, he said, U.S. officials had a genuine belief that the white Corolla represented a threat.

"It was not unreasonable; it just turned out to be incorrect," he said.

While hard to envision a similar scenario occurring, the investigation recommended "implementing procedures to mitigate the risks of confirmation bias," improving information sharing as operations are conducted, and "reviewing the pre-strike procedures" for evaluating whether civilians are present.

In the days following the Aug. 29 strike, Defense Department officials continued to defend it, but an in-depth investigation by The New York Times strongly suggested the strike had wrongly targeted civilians with no terrorist associations.

On Sept. 17, Gen. Kenneth McKenzie, the commander of U.S. Central Command, acknowledged the strike had killed only civilians, calling it a "tragic mistake."