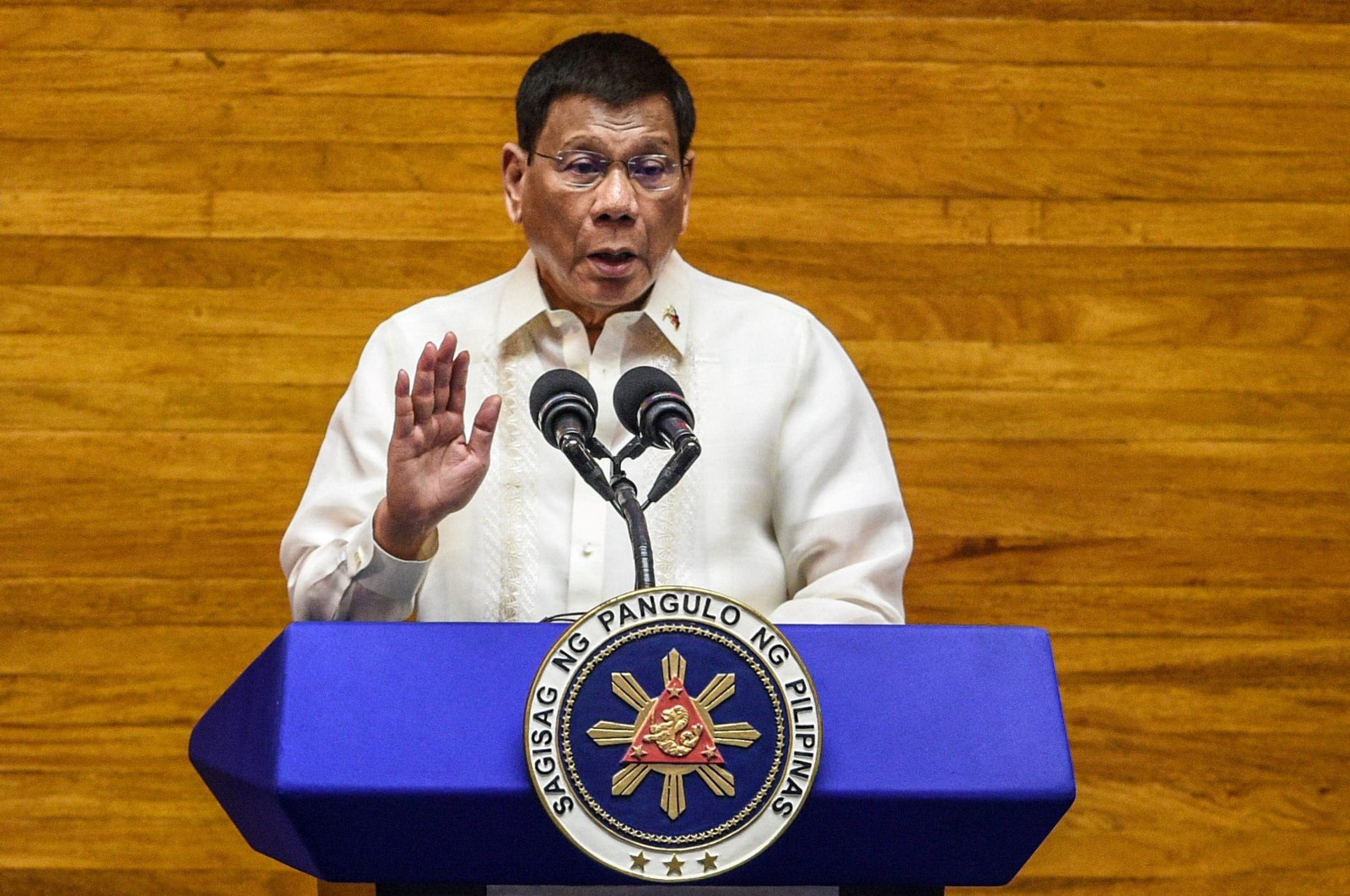 Philippine President Rodrigo Duterte on Tuesday withdrew his candidacy for the 2022 Senate race, the government elections monitor said, a month after he made a last-minute entry into the contest.

Duterte, 76, is constitutionally barred from seeking reelection, and his decision to run for the Senate had been seen as a way of staying in politics while facing an international probe into his deadly drug war.

"The President has filed his withdrawal from the Senatorial elections," James Jimenez, spokesperson for the Commission on Elections office, said on Twitter.

Duterte decided to withdraw from the May elections to "better focus" on the government's pandemic response and ensure "orderly and peaceful elections," his spokesperson Karlo Nograles said.

"After over four decades in public service, the President plans to retire from government to spend more time with his family when his term ends in June 2022," Nograles added, without specifying if Duterte was quitting politics altogether.

The elections will see thousands of candidates contest more than 18,000 posts from the president to the town councilor.

Duterte said previously he would run for the country's second-highest office, before changing his mind and announcing plans to retire from politics – which was met with deep skepticism among analysts.

His latest withdrawal does not necessarily mean he will exit politics. Under election rules, he has until midday on election day to substitute in for another candidate sharing his surname if they are disqualified or die.

Duterte's daughter Sara is running for vice president while his son Sebastian is contesting the mayoral race in the family's southern stronghold of Davao City.

Contreras said Duterte may have "made a deal" to ensure the next president would protect him from criminal charges in the Philippines, or the International Criminal Court (ICC).

"They've probably already made sure that somebody is going to act on their behalf to protect their interests," he said.

ICC judges authorized a full-blown investigation into Duterte's anti-narcotics campaign in September, saying it resembled an illegitimate and systematic attack on civilians. Rights groups estimate the drug war has killed tens of thousands of people.

Duterte's exit from the race came hours after his close aide and chosen successor Senator Christopher Go formally withdrew his candidacy for president.

"He'd probably be bored in the Senate because he's used to being in command," said Jean Franco, a political science professor at the University of the Philippines.

The current leader in the presidential race is the son and namesake of former dictator Ferdinand Marcos, according to a recent survey by respected polling outfit Social Weather Stations.

Sara Duterte, who had been widely expected to run for the top job, has formed an alliance with Marcos Jr.

Duterte has been an ally of the controversial Marcos family, which had gone into exile in the United States after the patriarch's humiliating downfall in 1986.

But recently Duterte has been publicly critical of Marcos Jr., describing him as a "weak leader ... saddled with baggage."