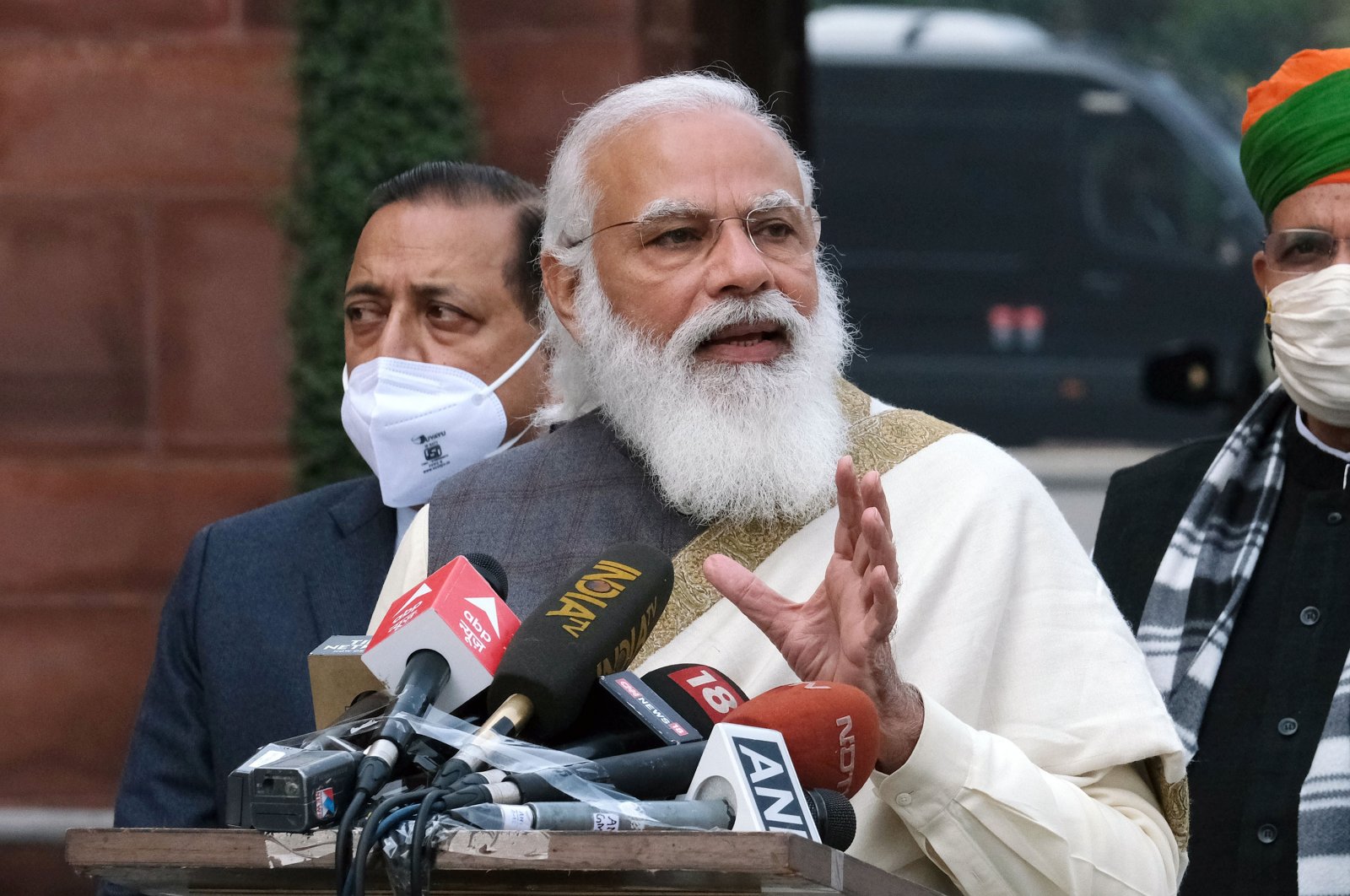 India's Prime Minister Narendra Modi said Wednesday that he wants more testing and restrictions due to increasing numbers of COVID-19 cases as the nation hit a three-month high. "We have to stop the emerging second peak of the pandemic through quick and decisive steps," he warned.

The world's third most infected nation with more than 11.4 million cases, India recorded a peak of just under 100,000 new daily infections in September, before a gradual decline.

Infections fell to below 9,000 new cases in early February, but have steadily increased since then, reaching nearly 29,000 on Wednesday.

"We have to stop the emerging second peak of the pandemic through quick and decisive steps," Modi told regional leaders during a virtual meeting to discuss the surge.

"In recent weeks, some 70 districts have witnessed a more than 150% increase in number of cases and if we do not stop the pandemic right now, it could lead to a nationwide outbreak."

Modi called for a ramp-up in testing in small cities and towns as well as localized containment zones.

Several badly hit states – including Maharashtra, home to the financial capital Mumbai – have announced fresh restrictions such as curbs on movement and public gatherings in some cities and towns.

But major nationwide restrictions imposed during a months-long lockdown last year have mostly been lifted, with religious gatherings allowed to go ahead.

More than 3 million mostly maskless pilgrims were estimated to have gathered on the banks of the Ganges river in the northern state of Uttarakhand last week as part of a Hindu religious festival.

India kicked off a mass vaccination drive across the nation of 1.3 billion people in mid-January.

More than 35 million shots have been administered so far to health workers, other frontline staff, people over 60 and those over 45 with multiple medical conditions.

The government plans to inoculate 300 million people by the end of July.