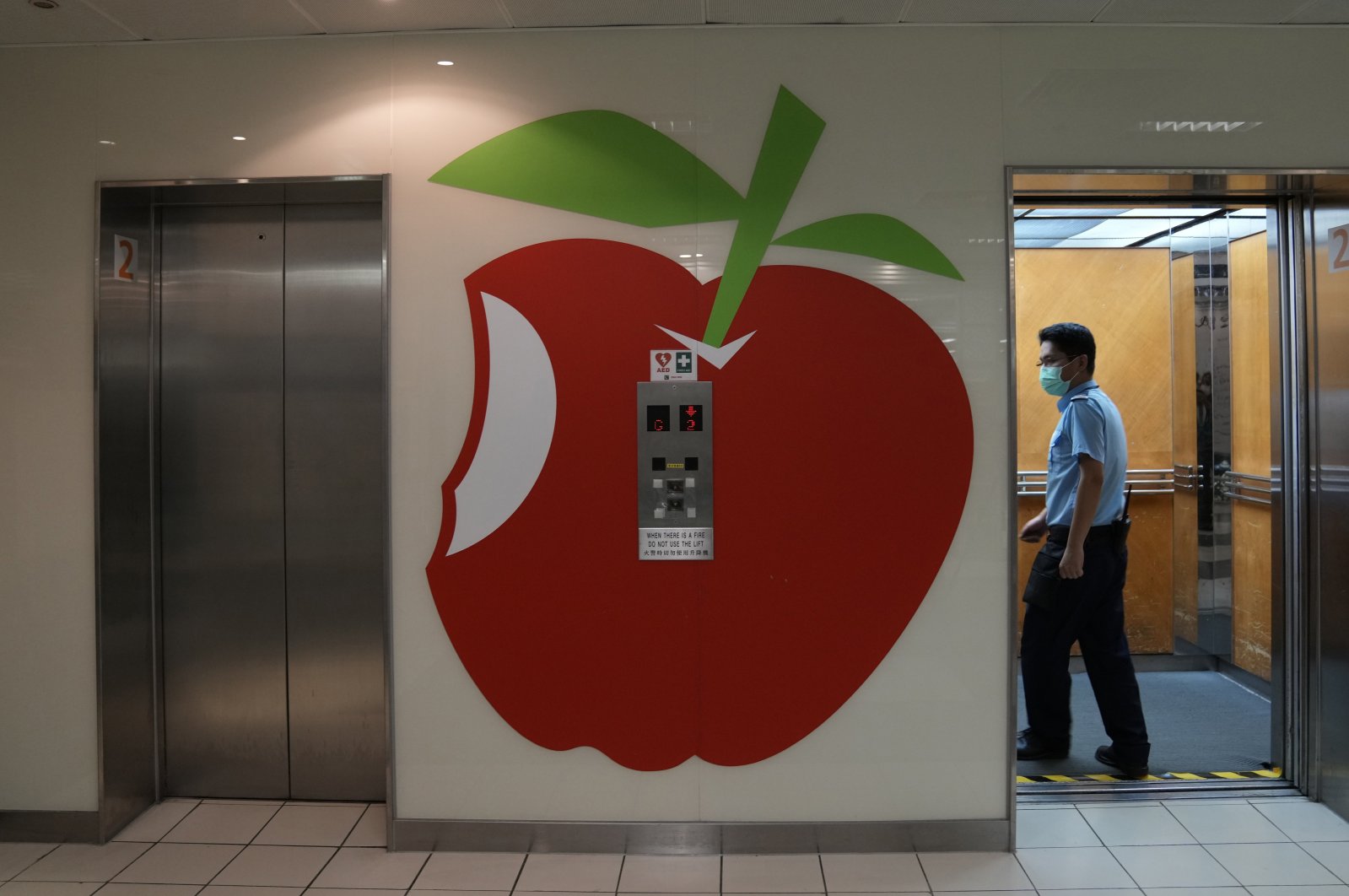 Mark Simon, an adviser to the jailed owner and staunch Beijing critic Jimmy Lai, told Reuters on Monday the newspaper would be forced to shut "in a matter of days" after authorities froze access to the firm's core operating capital, needed for staff wages and other expenses, on national security grounds.

In an internal memo to some staff seen by Reuters, Apple Daily said the board of its parent company, Next Media, would decide by week's end whether to keep going.

"If the board decides not to continue to operate on Friday, online will stop uploading at 23:59 p.m. on the day, newspaper will cease operation after publishing the June 26 edition."

Apple Daily and Next Digital management could not be reached for comment. Apple Daily's financial news team said in an article it had already ceased publishing online as of Tuesday morning.

The jewel in Lai's Next Digital media business, Apple Daily is a popular tabloid founded 26 years ago that mixes pro-democracy discourse with celebrity gossip and critical reports on China's Communist leaders.

Hundreds of police raided the newspaper last week in a national security probe in which five senior Apple Daily executives were arrested for alleged "collusion with a foreign country" and HK$18 million ($2.3 million) in assets were frozen.

Late on Monday, several Hong Kong media outlets reported that Apple Daily and its online edition would cease operations by Wednesday as most of its employees had resigned.

The looming demise of Apple follows the imposition of a national security law on the former British colony last year in response to mass anti-Beijing protests in 2019.

Western democracies including the United States say Beijing has used the law to stifle freedoms and impose greater control over the semi-autonomous trade entrepot and financial center.

In Washington, State Department Spokesperson Ned Price said the United States was deeply concerned by "selective" and "politically motivated" use of the security law.

"We've seen it used in appalling ways, including to arbitrarily target independent media organizations," he told a regular briefing, adding that efforts to stifle media freedom set back Hong Kong's viability as an international business hub.

Another senior company source with direct knowledge of the matter said the freezing of the firm's core assets – before any trial or due legal process proved any criminality – had made it impossible to pay wages or even electricity bills.

"This is an extraordinary thing for a place that prides itself on (being) a global financial center, that you haven’t even filed charges against people and yet you’ve decided you’re going to try to ... choke this company to death."

"It’s surreal. You know the intensity with which the Chinese Communist Party works. It's a testament to the depths to which they will sink to destroy private companies, without even the fiction of a conviction."

Editor-in-Chief Ryan Law and Chief Executive Officer Cheung Kim-hung were charged with conspiracy to commit collusion with a foreign country and denied bail on Saturday. Three other senior executives were also arrested on Thursday and released pending further investigation.

Press freedom not a 'shield'

The Security Bureau said on Monday it would not comment given ongoing legal proceedings and any application related to the frozen property would be handled according to the law.

"Endangering national security is a very serious crime," it said in a statement to Reuters, without giving specifics.

China's Liaison Office in the city did not respond to requests for comment.

Security Secretary John Lee said last Thursday the police operation against the Apple Daily was aimed at those who use reporting as a tool to endanger national security and did not target the media industry as a whole.

China's Foreign Commissioner's Office said last week press freedom cannot be used as a "shield" for those who commit crimes.

Next Digital has come under increasing pressure since Lai was arrested last year under the legislation. Lai, whose assets were also frozen under the security law, is in jail for taking part in unauthorized assemblies.

"We hope that even though this platform will no longer be around that Hong Kong journalists will continue to hold ground and pursue the truth," said Ingrid Tse, the host of an Apple Daily nightly news broadcast, who signed off for good on Monday.