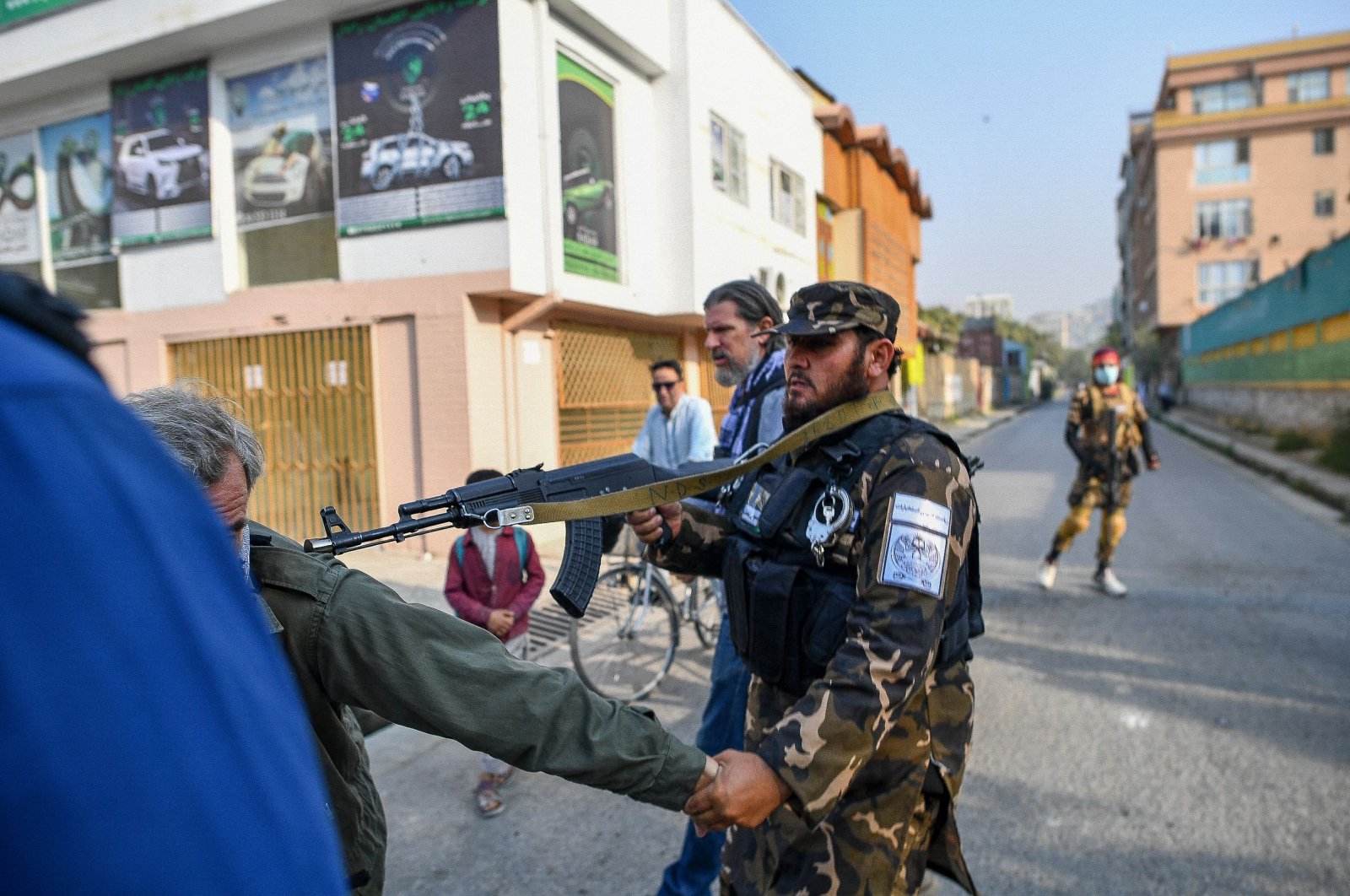 A member of the Taliban special forces pushes a journalist (L) while covering a demonstration by female protestors outside a school in Kabul, Afghanistan, on Sept. 30, 2021. (AFP Photo)
by French Press Agency - AFP
Sep 30, 2021 1:58 pm

Qatar's top diplomat on Thursday described a recent string of rights abuses in Afghanistan as "disappointing" and called on the Taliban leadership to look to Doha as an example of how to run a Muslim country.

The Taliban publicly strung up four alleged kidnappers from cranes in Herat last week and older girls are still unable to resume their studies after weeks.

"The recent actions that we have seen unfortunately in Afghanistan, it has been very disappointing to see some steps being taken backward," Qatari Foreign Minister Sheikh Mohammad bin Abdulrahman Al Thani said at a media briefing in Doha.

"We need to keep engaging them and urging them not to take such actions, and we have also been trying to demonstrate for the Taliban how Muslim countries can conduct their laws, how they can deal with the women's issues," said the Qatari foreign minister. "One of the examples is the State of Qatar which is a Muslim country; our system is an Islamic system (but) we have women outnumbering men in workforces in government and in higher education."

The display of the dead kidnapping suspects, who were killed in a shootout, was the most high-profile public punishment since the Taliban swept to power last month.

It has been seen as a sign the hardliners will adopt fearsome measures similar to their previous rule from 1996 to 2001. It has been almost two weeks since girls were prevented from going to secondary school with isolated rallies led by women breaking out across Afghanistan in recent days.

The official called on the Taliban to "maintain and preserve the gains made in past years" but warned the international community not to isolate Afghanistan.