Spain preparing to leave behind some Afghan mission employees 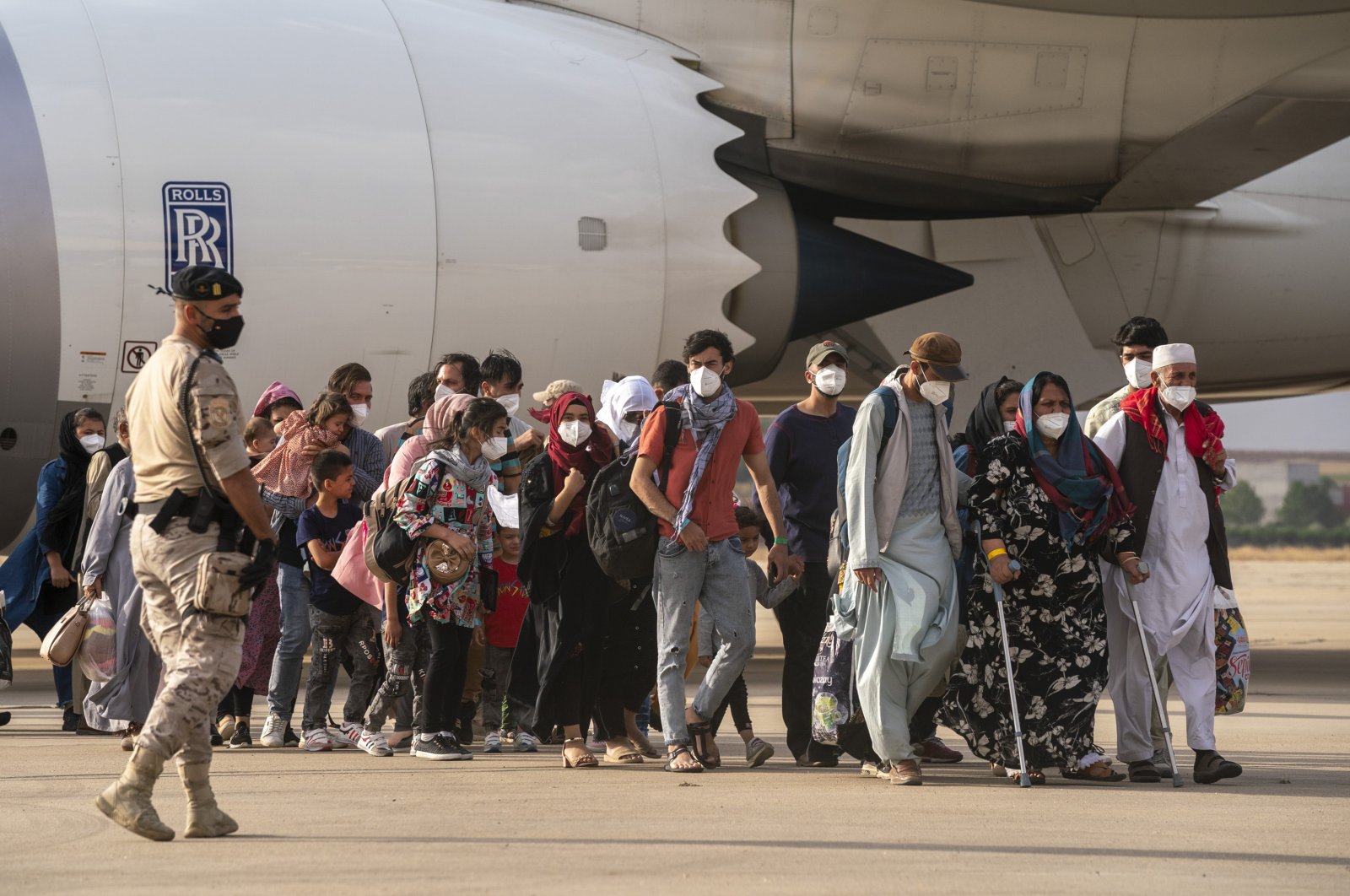 Afghan people pass a Spanish soldier after arriving on a plane at the Torrejon military base as part of the evacuation process from Afghanistan, Madrid, Spain, Aug. 23, 2021. (AP Photo)
by French Press Agency - AFP Aug 24, 2021 11:45 am
RECOMMENDED

Spain will leave behind some Afghans who worked for Spanish missions in Afghanistan due to the "dramatic" situation on the ground, Defense Minister Margarita Robles said Tuesday.

"We will evacuate as many people as possible, but there are people who will stay behind for reasons that do not depend on us, but on the situation there," she said during an interview with news radio Cadena Ser.

"It is a very frustrating situation for everyone, because even for those who reach Kabul, access to the airport is very complicated," she added.

"The situation is frankly dramatic and besides with each passing day it is worse because people are conscious that time is running out."

Like other European nations, Spain has been evacuating its local contractors from Afghanistan since the Taliban swept to power ten days ago.

Madrid has so far evacuated just over 700 people from Afghanistan, but Robles said there were still "many people" who needed to leave.

The Spanish government has consistently declined to give a figure for the total number of people it planned to take out of Afghanistan.

U.S. President Joe Biden has set an Aug. 31 deadline to finish the chaotic airlift organized by thousands of temporarily deployed U.S. and U.K. troops, but has left the door open to an extension if needed.

However, a spokesperson for the Taliban warned Monday the militant group would not agree to any extension.