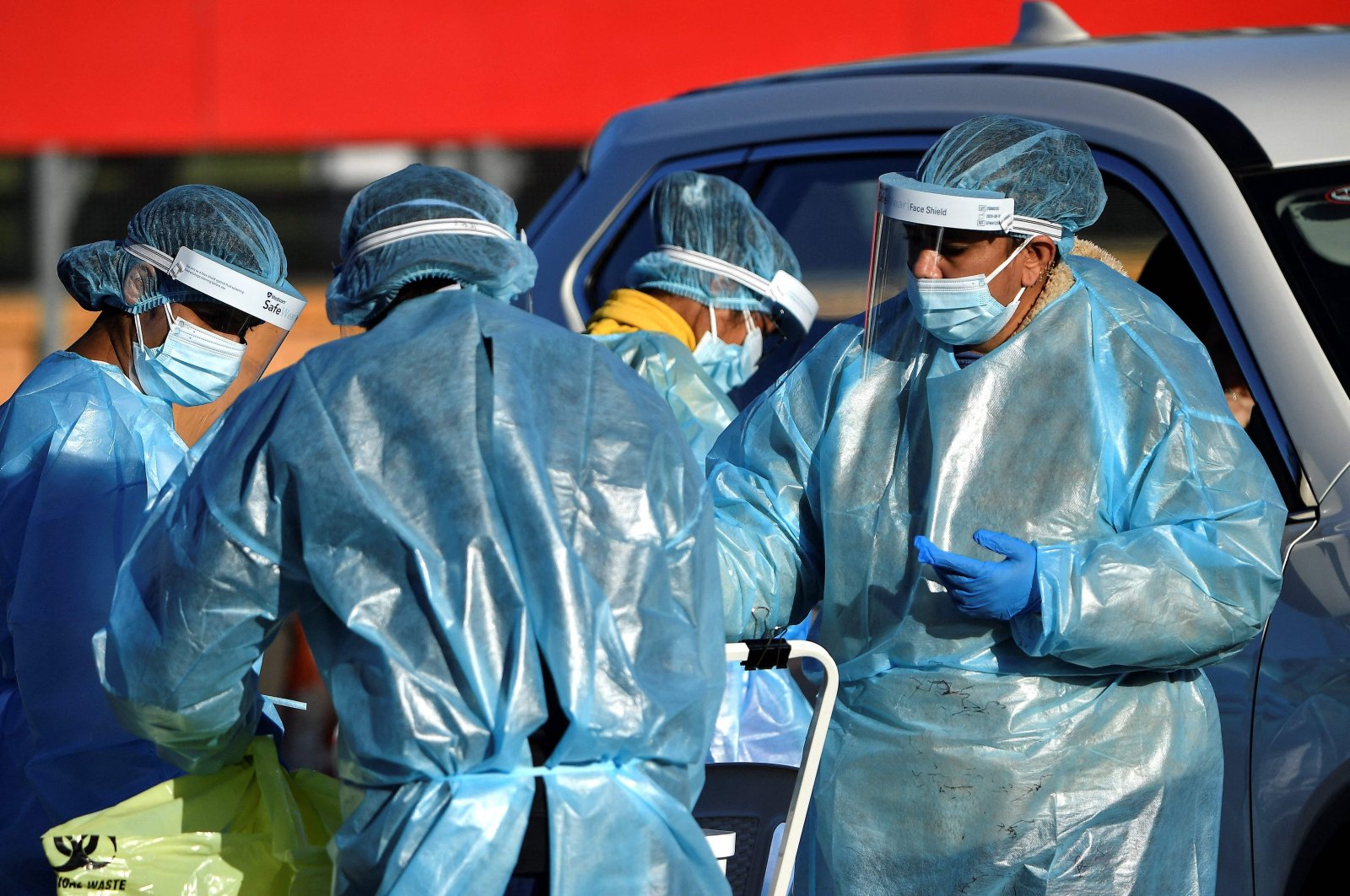 Sydney recorded its deadliest day of the coronavirus pandemic on Thursday as authorities launched an investigation into a beach party suspected of spreading the virus into a region outside the city, triggering a snap one-week lockdown there.

Sydney, Australia's largest city which is nearing its seventh week of a planned nine-week lockdown, reported five deaths and a record daily rise in infections as it struggles to contain the highly contagious delta virus strain.

Four of the five people who died were unvaccinated while one had one dose, state health officials said, as they implored residents to get inoculated as early as possible.

The nearby Hunter region, home to New South Wales state's second-largest city of Newcastle, was locked down from Thursday evening after six new cases. The orders place an additional 615,000 people under strict stay-at-home orders, raising the total to 6 million people in the state.

Together with the northern city of Brisbane and it surrounds, about a third of Australia's 25 million population is under stay-home orders.

Officials suspect the virus in the Hunter region spread from a beach party near Newcastle after people traveled from Sydney, an apparent violation of the city's lockdown.

"Our strongest focus ... is getting to the bottom of how the disease was transmitted and introduced into Newcastle," New South Wales Chief Health Officer Kerry Chant told reporters in Sydney.

New South Wales reported a record 262 new cases, most of them in Sydney, exceeding the previous daily high of 239 on Sunday, with officials blaming the delta strain for a significant number of younger people in hospitals.

"As older people become vaccinated ... COVID will predominantly affect the unvaccinated, in this case younger people," Alexandra Martiniuk, epidemiologist at the University Of Sydney, told Reuters.

Sydney is in shock after the death of a healthy 27-year-old man from the coronavirus on Wednesday – the state's youngest on record.

With around 35,200 COVID-19 cases and 932 deaths, Australia has avoided the high caseloads of other developed countries but its vaccination figures are among the lowest, with only 20% of its population over 16 fully vaccinated.

The five deaths in Sydney included three men in their 60s, one man in his 70s and a woman in her 80s, taking the total number of deaths in the latest outbreak in New South Wales to 21.

Health experts expect the country to endure stop-and-start lockdowns until it reaches a high vaccination coverage although New South Wales Premier Gladys Berejiklian has said she might ease some restrictions in Sydney when half the state's adult population get vaccinated.

Prime Minister Scott Morrison is also under fire for a sluggish national immunization drive, which critics say has forced Sydney into the monthslong lockdown, shut large swathes of the economy and likely tipped Australia into its second recession in as many years.

"I'm a fortunate one to be in essential service, so I'm still working, still getting paid. For other people it's a mixed bag. Some people are taking it really well and others not so well," Keirom O'Donoughue, a pharmacy salesperson in one of the worst-affected suburbs of Bankstown in Sydney, told Reuters.

Neighbouring Victoria and Queensland states are also on alert after new cases rose. Victoria, which ended a lockdown only weeks ago, reported eight new cases, raising the prospect of more tight curbs. In Brisbane, another 16 COVID-19 cases were reported, the same as the previous two days. Authorities in Melbourne announced a sixth lockdown for the city.