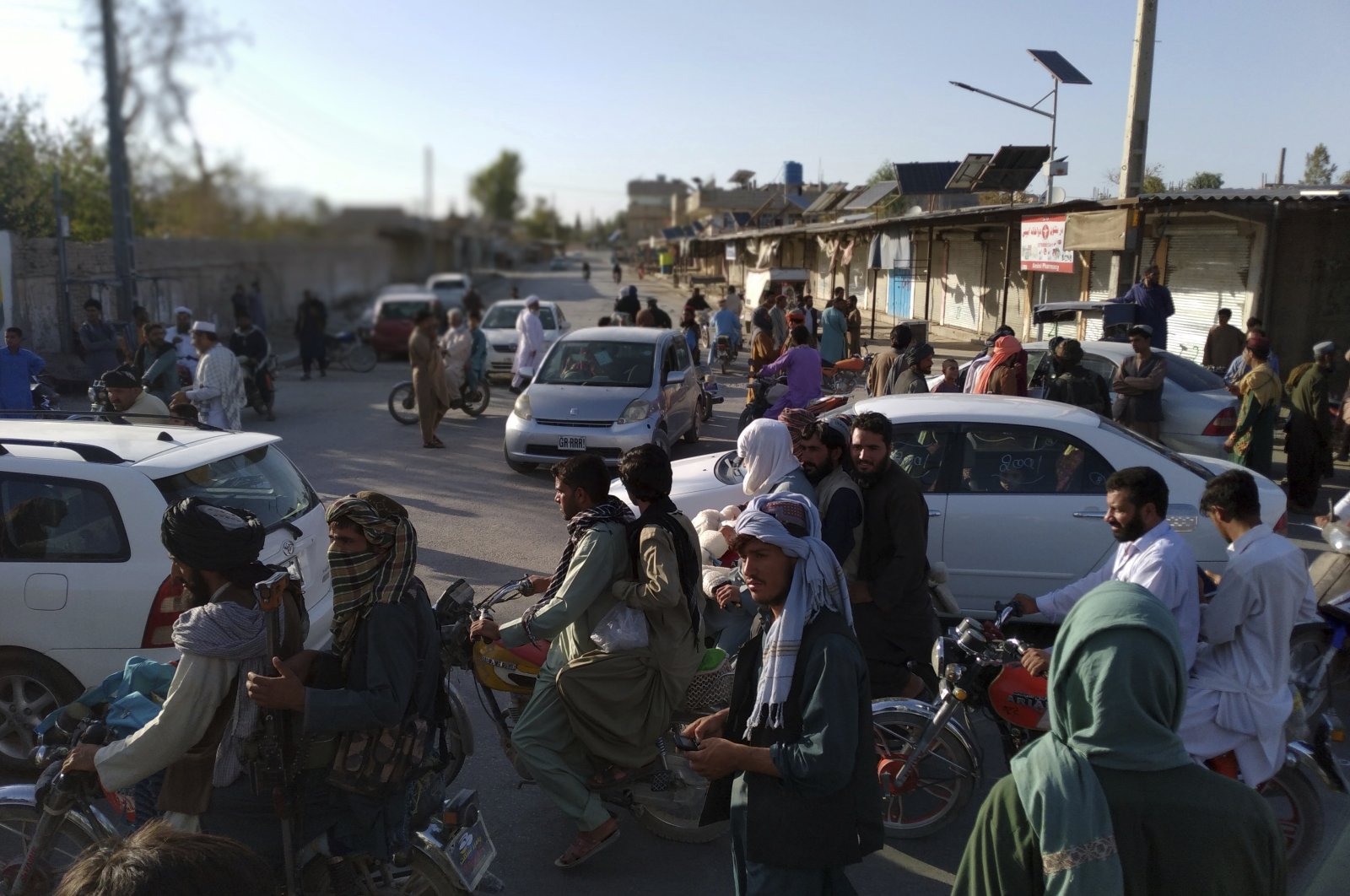 The government forces retreated to the Kilagay area in Doshi district where an army brigade is located, the councilors said.

Councillor Aimaq said a number of officials, including the provincial police chief, had abandoned the city about two weeks ago in order to attack the Taliban from another area, but that this move had damaged the morale of the forces remaining in the city.

Heavy fighting was ongoing in Pul-e Khumeri for the past three months, councilor Atash said.

With an estimated population of nearly 250,000, the strategically important city of Pul-e Khumeri lies along the highway linking Kabul and Mazar-e Sharif, which also connects Kabul with the country's northern provinces.

The capital of Baghlan fell just hours after the Taliban took control of the capital of Farah province in the west.

Earlier on Tuesday, Taliban militants were closing in on the city of Mazar-e Sharif, the provincial capital of Afghanistan’s northern Balkh province, on the heels of their capture of another provincial capital in the country's west, local officials reported.

Two local officials told dpa that the security situation had deteriorated around Mazar-e Sharif, the fourth-largest city in Afghanistan, with a population of more than half a million.

On Monday, Taliban fighters began attacking two districts adjacent to the city, according to provincial councilor Zabihullah Kakar and lawmaker Saifura Niazi, representing the province in the parliament.

The government and anti-Taliban local militia forces were able to push the Taliban back on two fronts, but the insurgents were threatening to overrun an area in Dehdadi district, located some 15 kilometers from Mazar-e Sharif.

"We could hear the sound of heavy artillery the whole night in Mazar city, including airstrikes," councilor Kakar said.

In addition, the Taliban were active near Hairatan, a border town in the north of Balkh province that connects Afghanistan with Uzbekistan, Kakar added.

Local officials also said that a mortar hit a 209th army corps ammunition cache in Balkh, but noted that the cache had already been rendered "ineffective" before the attack. Nearly a dozen Taliban mortars landed just days ago.

People have started leaving the city.

Daily domestic air flights from Mazar-e Sharif to Kabul have tripled since Monday and the prices of the tickets have spiked, local officials said, adding that many senior civilian officials have left the city.

However, eight diplomatic missions – including those of Iran, Pakistan, Tajikistan, Turkey and Uzbekistan – are still operational in the city.

Atta Mohammad Noor, a prominent political figure in the province, has announced he will fight to the death.

A new corps commander was also introduced for the region late on Monday. The government has announced it will support mobilizations against the insurgents.

Despite the uneasiness in the city, Afghan President Ashraf Ghani is set to travel to the province on Wednesday, according to the chairperson of the Balkh provincial council, Afzal Hadid.

In the meantime, Taliban fighters overran the provincial capital of Farah province in the west of Afghanistan on Tuesday, three sources confirmed to dpa.

The militants are now in control of key government buildings, including the governor's office, police headquarters, and the province’s central prison, according to parliamentarian Abdul Nasri Farahi and provincial council member Shahla Abu Bakr.

Since the start of the withdrawal of international troops in early May, the Taliban have made massive territorial gains.

Since the beginning of August, the International Committee of the Red Cross (ICRC)-backed health facilities in Afghanistan have treated more than 4,000 wounded people, according to a statement on Tuesday.

The number of patients treated in 15 ICRC-supported health facilities indicates the conflict has intensified, the statement said.

According to the statement, street-to-street fighting in the northern parts of the city of Kunduz and the southern Lashkargah city of Helmand have resulted in hundreds of civilian injuries, with hundreds of thousands of civilians' lives at risk in these cities.

Meanwhile, Doctors Without Borders (MSF), which provides health services to war patients in Afghanistan, said that there was an increasing demand for medical services.