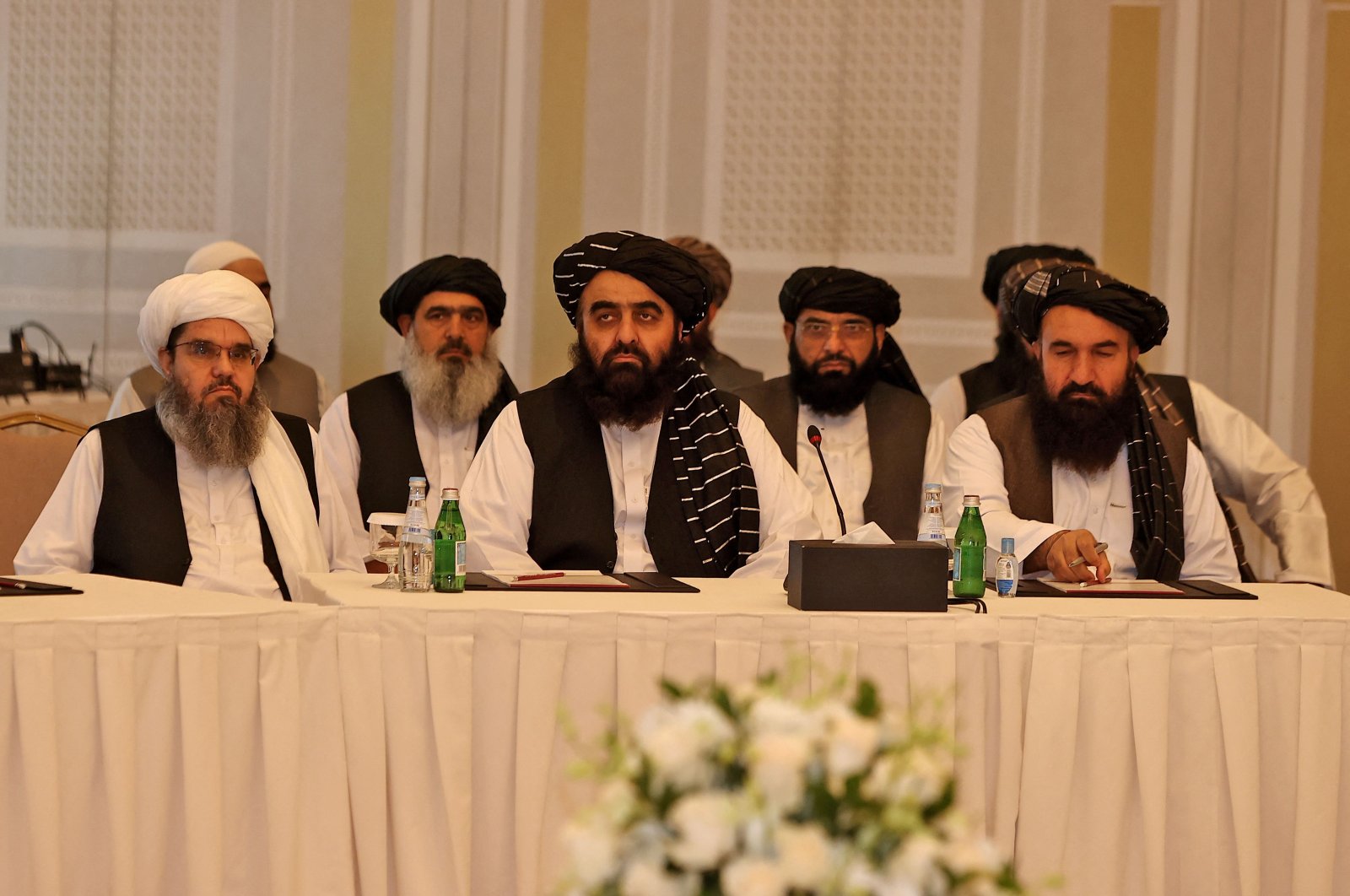 Afghanistan's new Taliban government has warned the U.S. and European envoys that continued attempts to pressure them through sanctions will undermine security and could trigger a wave of economic refugees.

Taliban's acting foreign minister Amir Khan Muttaqi told Western diplomats at talks in Doha that "weakening the Afghan government is not in the interest of anyone because its negative effects will directly affect the world in (the) security sector and economic migration from the country," according to a statement published late Tuesday.

The Taliban overthrew Afghanistan's former U.S.-backed government in August after a two-decade-long conflict, and have declared a new rule under the movement's hardline interpretation of religious law. But efforts to stabilize the country, still facing attacks from the rival extremist group the Daesh-Khorasan Province (Daesh-K) group, have been undermined by international sanctions: banks are running out of cash and civil servants are going unpaid.

According to the statement from his spokesperson, Muttaqi told the Doha meeting: "We urge world countries to end existing sanctions and let banks operate normally so that charity groups, organisations and the government can pay salaries to their staff with their own reserves and international financial assistance," as reported by Agence France-Presse (AFP).

European countries, in particular, are concerned that if the Afghan economy collapses, large numbers of migrants will set off for the continent, piling pressure on neighboring states such as Pakistan and Iran and eventually on EU borders. Washington and the EU have said they are ready to back humanitarian initiatives in Afghanistan, but are wary of providing direct support to the Taliban without guarantees it will respect human rights, in particular women's rights.

The European Union has pledge one billion euros in aid, but European Commission President Ursula von der Leyen stressed that it would be used to help Afghanistan's neighbours or given in "direct support" to the Afghan people, bypassing the Taliban government.

"We have been clear about our conditions for any engagement with the Afghan authorities, including on the respect of human rights," she said on Tuesday.

The Taliban insist they pose no threat to civilian rights, and have urged government workers including some women to return to their professions, while swearing to defeat Daesh-K and return Afghanistan to stability. But girls were not allowed back into high schools when the new term started just under a month ago, and many women have complained of being forced out of professional and public roles like journalism.

Some high school girls' classes have resumed in the northern cities of Kunduz and Mazar-i-Sharif, but in the capital and the Taliban's southern heartland they are still excluded.

Meanwhile, Qatar's Foreign Minister Sheikh Mohammad bin Abdulrahman Al Thani, told a conference on Wednesday that there is no clear path for unfreezing Afghan government funds, highlighting the economic challenges Afghanistan faces under its new Taliban rulers. According to Reuters, Sheikh Mohammad reiterated Qatar's position that recognizing the Taliban government was not currently a priority, but the international engagement was important.