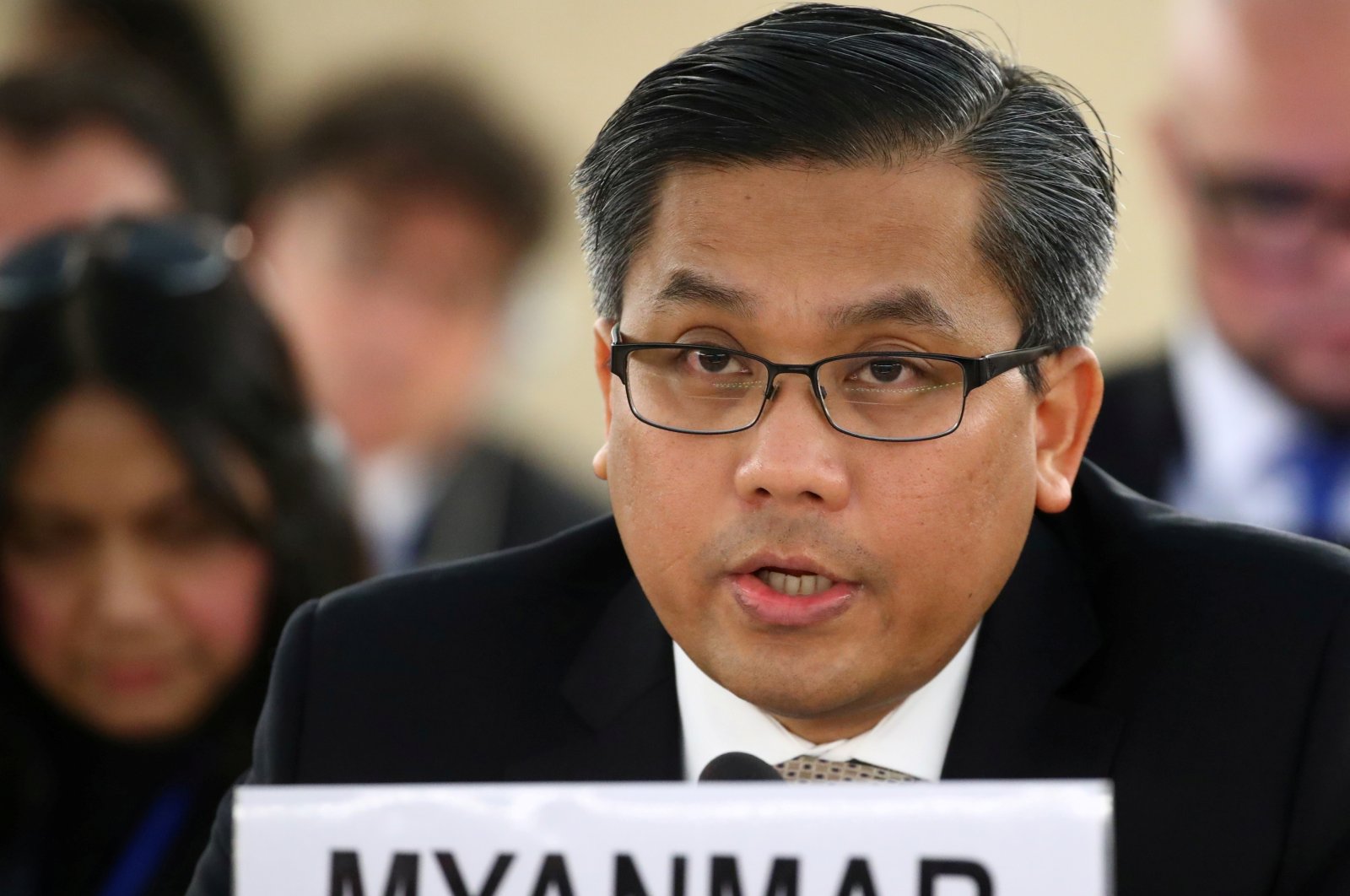 More than 80 people were killed Saturday in the latest atrocities by Myanmar's military as the country's ambassador to the United Nations called for "strong action" against the junta.

Myanmar has been in turmoil since the military ousted civilian leader Aung San Suu Kyi in February, with protesters refusing to submit to the junta and demanding a return to democracy.

After over two months of military rule, efforts to verify deaths and confirm the news of crackdowns have been greatly curtailed by the junta's throttling of mobile data within the country – shunting most of the population into an information blackout.

Details of a brutal crackdown in the city of Bago, 65 kilometers (40 miles) northeast of Yangon took a full day to emerge, as residents told Agence-France Presse (AFP) of continued violence from the junta which pushed them to flee to nearby villages.

By Saturday evening, the Assistance Association of Political Prisoners (AAPP) – a local monitoring group tracking deaths – confirmed "over 80 anti-coup protesters were killed by security forces in Bago on Friday."

Authorities had refused to let rescue workers near the bodies, said a resident.

"They piled up all the dead bodies, loaded them into their army truck and drove it away," he told AFP.

State-run New Light of Myanmar newspaper on Saturday blamed the crackdown on "rioters," and reported only one dead.

The violence in Bago will add to AAPP's current death toll of 618 civilians killed since the coup.

The junta has a far lower number – 248, according to a spokesperson Friday – and has branded the victims as "violent terrorist people."

'They will not rule us'

Despite the daily bloodshed, protesters have continued to take to the streets, with demonstrators manifesting their discontent in pointedly creative ways.

In commercial hub Yangon, crimson paint – representing the blood already spilled – was splashed across the streets in view of the historic Shwedagon Pagoda.

"Let us unite and boldly show in red that the dictatorial regime will not be allowed to rule us at all," a student activist announced on Facebook.

Flyers with the words "They will not rule us" were scattered across Yangon neighborhoods.

In Mandalay, activists pasted the same flyers on the statue of General Aung San, the father of Suu Kyi and a national hero.

Suu Kyi is currently facing a series of charges from the junta – including accusations of corruption and for having unregistered walkie-talkies.

State-run media announced Friday night that 19 people had been sentenced to death for robbery and murder under a military tribunal – with 17 of them tried in absentia.

Human Rights Watch (HRW) condemned the sentences Saturday as a way to sow fear in the anti-coup movement, as Norway's foreign minister called the use of capital punishment "unacceptable."

The mounting bloodshed has also angered some of Myanmar's 20 or so armed ethnic groups, who control swathes of territory mostly in border regions.

Local media reported more than a dozen police officers were killed, while TNLA said the military retaliated with airstrikes on their troops, killing at least one rebel soldier.

The attack comes the same day TNLA's ally, the Arakan Army (AA) – also a prominent rebel group based in western Rakhine state – issued a statement reiterating their support for the anti-coup movement.

Two other outfits – the Karen National Union (KNU) and the Kachin Independence Army (KIA) – have stepped up attacks on the military and police in recent weeks.

The military has retaliated with airstrikes in KNU's territory, which the rebel group says has displaced more than 10,000 civilians in Karen state.

'At the brink of state failure'

"Your collective, strong action is needed immediately," Myanmar's Ambassador to the U.N. Kyaw Moe Tun told a Security Council meeting on Friday, proposing a no-fly zone, an arms embargo and more targeted sanctions against members of the military.

An independent analyst with the International Crisis Group also warned the council that Myanmar was "at the brink of state failure."

"(The junta's) actions may be creating a situation where the country becomes ungovernable," said Richard Horsey.

But Beijing – the top ally of Myanmar's military – has voiced growing concern about instability, and has said it is speaking to "all parties."

There have been reports that China has opened contact with the CRPH, a group representing the ousted civilian government.