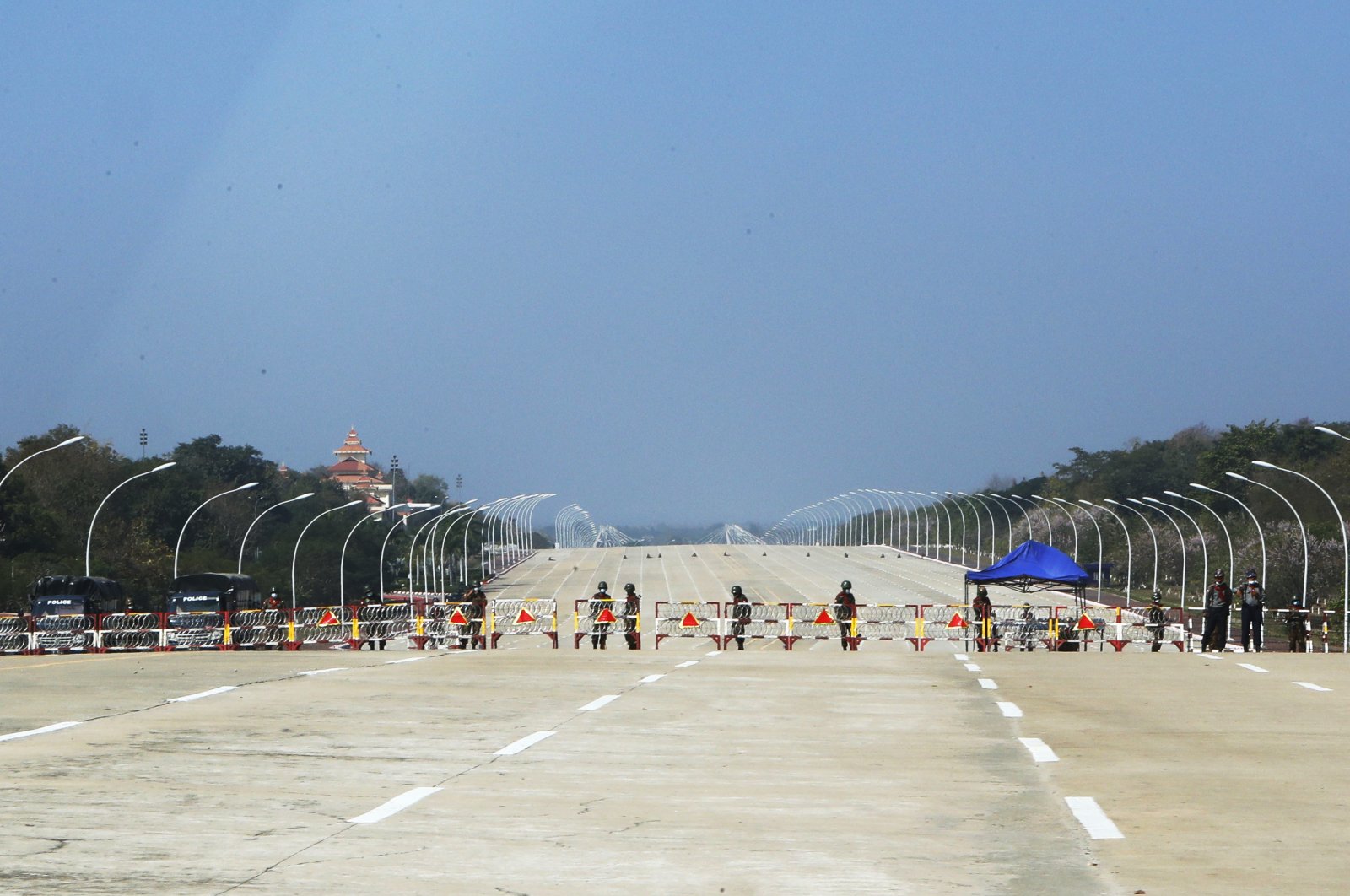 The U.N. humanitarian chief urged Myanmar’s military leaders on Monday to provide unimpeded access to the more than 3 million people in need of life-saving humanitarian assistance since government forces seized power on Feb. 1 "because of growing conflict and insecurity, COVID-19 and a failing economy.”

Martin Griffiths warned that without an end to violence and a peaceful resolution of Myanmar’s crisis, "this number will only rise.”

He also urged donors to respond to the U.N. appeal, saying less than half of the $385 million required has been raised since the military ousted the elected government of Aung San Suu Kyi.

Monday was the first anniversary of the 2020 elections in Myanmar, which "were deemed free and fair by domestic and international observers,” U.N. spokesman Stephane Dujarric said. They were won by Suu Kyi’s National League for Democracy (NLD) party with approximately 80% of the elected seats in the upper and lower houses of Parliament. The military rejects the results, claiming the vote was fraudulent.

"The United Nations reiterates its call on the military to respect the will of the people and put the country back on track to democratic transition,” Dujarric said, stressing that the U.N. remains "gravely concerned about the intensifying violence in Myanmar” and again urges unimpeded humanitarian access.

Griffiths’ statement was issued as members of the U.N. Security Council held a closed-door meeting on Myanmar requested by the United Kingdom. Diplomats said Russia and China objected to a proposed press statement that would express concern at recent violence including air strikes and reaffirm the council's support for the country's democratic transition, but discussions were continuing.

U.K. deputy ambassador James Kariuki told reporters before heading into the meeting that Britain is particularly concerned about the buildup of military action in northwest Chin state, "and we are concerned that this rather mirrors the activity we saw four years ago ahead of the atrocities that were committed in Rakhine against the Rohingya” Muslim minority.

"So, we’re very keen to make sure the council is focused, and the military know that we’re watching,” he said.

Since Suu Kyi’s ouster, Myanmar has been wracked by unrest, with peaceful demonstrations against the ruling generals morphing first into a low-level insurgency in many urban areas after security forces used deadly force and then into more serious combat in rural areas, especially in border regions where ethnic minority militias have been engaging in heavy clashes with government troops.

On Sept. 7, the National Unity Government, the main underground group coordinating resistance to the military that was established by elected legislators who had been barred from taking their seats when the military seized power, called for a nationwide uprising. Its "People’s Defense Forces” operate in many areas and have received training and weapons from some armed ethnic groups.

Christine Schraner Burgener told The Associated Press (AP) shortly before her 3 ½ year term as the U.N. special envoy for Myanmar ended on Oct. 31 that "civil war” has spread throughout the country.

She said the U.N. has heard that many soldiers are on the ground conducting "clearing operations” in Chin state, and reminded the world that the military’s "clearing operation” in Rakhine state in 2017 saw villages burned down, widespread rapes and more than 700,000 Rohingya Muslims flee to neighboring Bangladesh.

Griffiths also called the situation in the northwest "extremely concerning, with an escalation in hostilities between the Myanmar Armed Forces and the Chinland Defense Force in Chin state, and with the People’s Defense Forces (PDFs) in Magway and Sagaing regions.”

"More than 37,000 people, including women and children, have been newly displaced, and more than 160 homes have been burned, including churches and the offices of a humanitarian organization,” Griffiths said. "Attacks directed against civilians and civilian infrastructure, including humanitarian workers and facilities, are clearly prohibited under international humanitarian law and must stop immediately.”

Since Feb. 1, he said, hundreds of thousands of people have been forced to flee their homes due to violence across the country, and 223,000 people remain internally displaced.

"This includes 165,000 in the southeast of the country and is on top of a significant population of people who were already displaced in Rakhine, Chin, Shan and Kachin states prior to the takeover,” Griffiths said. He noted that 144,000 Rohingya people are still confined to camps or living in camp-like settings in Rakhine, many since their displacement in 2012, and more than 105,000 people have been displaced in Kachin and Shan, many for years.

The U.N. undersecretary-general for humanitarian affairs said he is also "increasingly concerned about reports of rising levels of food insecurity in and around urban areas, including in Yangon and Mandalay.”